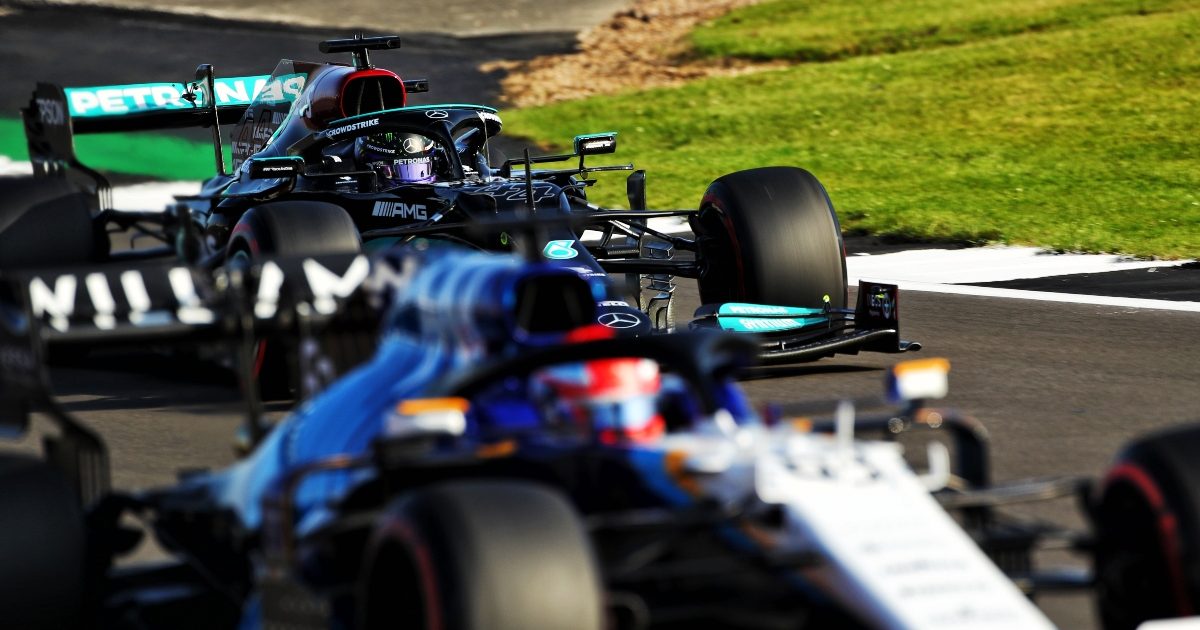 Lewis Hamilton says he’ll “work harder” next season to deny George Russell taking wins and getting the better of him.

The two Brits will be team-mates next season and beyond with Russell leaving Williams and replacing Valtteri Bottas at Mercedes.

He has been hugely impressive during his time with the British team, especially this year with him claiming one podium and 16 points, and he will gradually begin working with his new team over the autumn in preparation for the move.

His performances have been so impressive, in fact, that many think he’ll get the better of Hamilton when they’re going head to head in the same machinery.

The seven-time World Champion is determined not to let this happen and will work harder than ever to make sure it doesn’t.

“George I imagine is going to be similar to me when I got to Formula 1, he’s going to be hungry, he’s got everything to gain nothing to lose, throw everything and the kitchen sink at it,” he told Channel 4.

“That’s what I would expect, he will get amazing support from our engineers, he’s got an amazing amount of support to be welcomed in, and we will try to work as team-mates.

“I’ll just work harder to make sure that it doesn’t happen.”

Reflecting on the last 99… 🤯 still can’t believe it. THANK YOU 💜 pic.twitter.com/tPAPxZeicZ

While Russell has yet to win a race in F1, Hamilton recently reached 100 when he claimed victory in dramatic fashion at the Russian.

As well as beating the 23-year-old, adding to that tally and making his record harder to beat will also motivate him for as long as he remains on the grid.

“I’m still super driven, I heard Stefano Domenicali said someone is going to break my records at some stage, which is totally expected, records are there to be broken.

“But then I was like ‘I better win some more races’ [laughs], so then it just gave me more drive, I’ve got to get back out there and just keep pushing.”