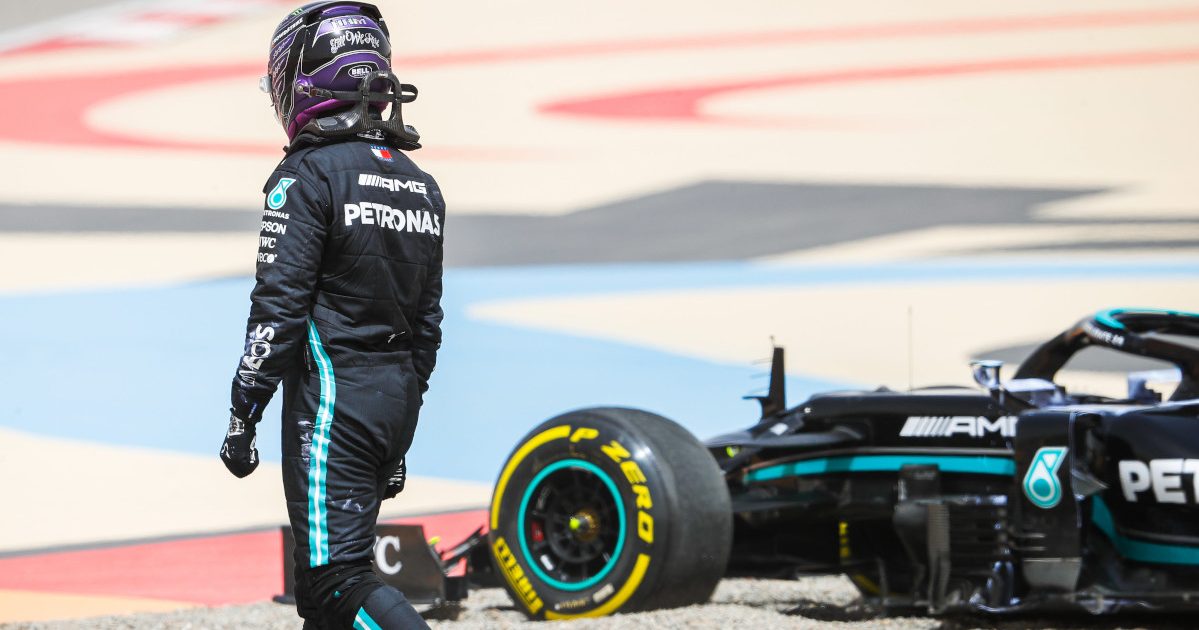 Lewis Hamilton believes Red Bull will be a “different machine or animal” for Mercedes to have to deal with this season, especially as the team now have two “real good strong” drivers.

Victorious in the last seven championships, both the Drivers’ and Constructors’, Mercedes head into the 2021 season as the team to beat.

But could they possibly be beaten by Red Bull?

It was the Honda-powered team that won the pre-season testing battle, Max Verstappen quickest of all while Hamilton was a full second down on the Dutchman.

The new W12 is said by Valtteri Bottas to be “snappy and unforgiving”.

Red Bull also showed better reliability than Mercedes with the works team suffering a gearshift issue, while its customer Aston Martin had not one but three issues stemming from Mercedes parts.

Two offs for Hamilton did not help the situation.

As such, the 36-year-old is wary of the challenge Red Bull could pose to his bid to bag a record-breaking eighth Drivers’ title.

“Max is looking, and both the drivers I think, have been looking quite strong.

“They’re going to be a different machine or animal this year with, I think, a real good strong line-up of the two drivers, and I think a really good car.

“Having seen them win the last race, you can only assume they’re going to be right there, if not at the front, of the first race. It’s going to be a great long battle with them through the year.”

💬 "We're not quick enough at the moment but I have every faith in the team.

"We love challenges and this definitely is a challenge for us!" ✊

An honest and open debrief with Lewis after a tough three days of testing in Bahrain 👇 pic.twitter.com/pKwokp0MI6

Hamilton acknowledges for the first time in his career, he wishes for more days testing given Mercedes’ issues.

“I wouldn’t call it a struggle necessarily, just not quick enough,” he added. “Just seems globally through the lap – there’s not one particular point more than the other.

“[I’m] thankful it’s over because I’ve just never been a massive fan of testing. I just love racing, but on the other hand it might have been good to have more days.

“It’s probably the only time I would have ever asked for more days. But yeah, lots of work to do, it’s going to be tough.”