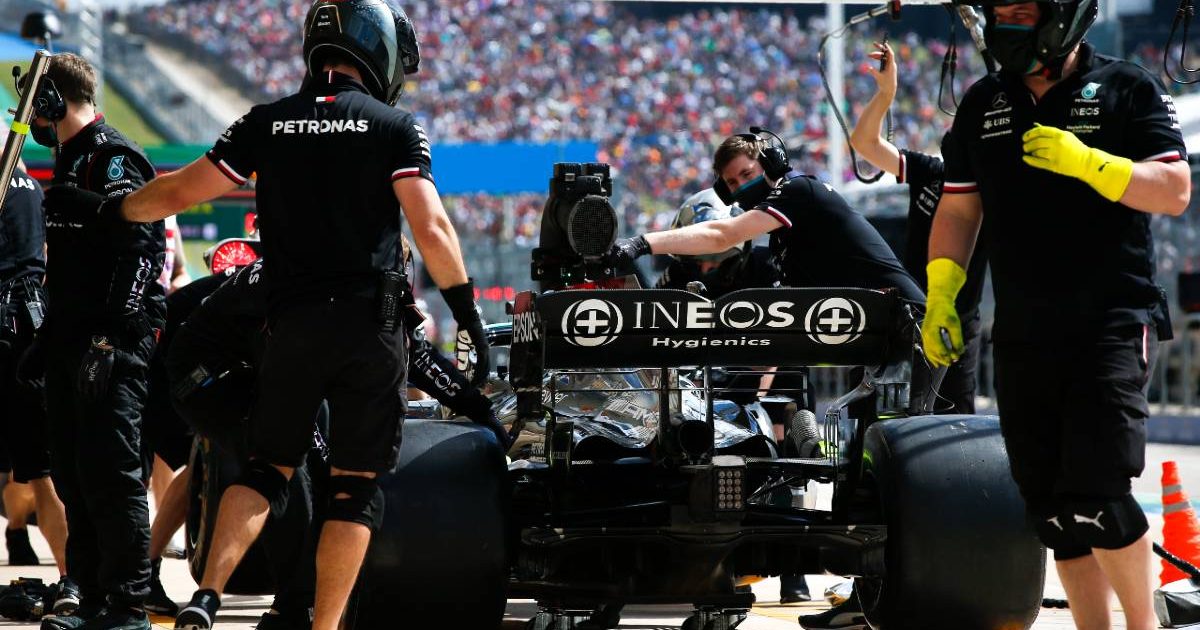 Mercedes think stopping for hard tyres on lap eight could have been a winning strategy for Lewis Hamilton at the United States Grand Prix.

For much of the last 20 of the 56 laps in Austin, it looked as though the timing of Hamilton’s two pit-stops might be perfect in enabling him to pass Max Verstappen for the victory.

The World Champion, who took the early lead from P2 on the grid, stopped on laps 14 and 37 but was undercut on the first occasion by Verstappen, who had new tyres fitted on laps 11 and 29.

That meant the Dutchman had to survive 27 laps on his second new set of the hard rubber and was vulnerable to the pursuing Hamilton, but the Red Bull driver hung on to win by 1.333sec.

Mercedes are likely to declare publicly what they have retrospectively worked out to be the optimal strategy when they release their regular race debrief this week.

But in the meantime, their trackside engineering director Andrew Shovlin has suggested an even bolder strategy than the one deployed by Red Bull could have worked for Hamilton.

Brilliant racing and strategic battle ⚔️ This is why we ❤️ F1! #USGP

Asked what Mercedes should have done differently, Shovlin, quoted by Motorsport.com, said: “Had a crystal ball perhaps and realised the hard tyre would have been a better tyre for us!

“Realistically, the options to win the race probably boil down to retaining the lead after the very good start Lewis made by stopping early, maybe pitting as early as lap eight.

“But given we were struggling on the medium tyres in such a short stint, we would have never been brave enough just to hold the lead. It would have felt like we would compromise the whole race.

“But as it happens, I think we could have gone for an early stop and could have made the finish. It would have been a case of pulling the trigger earlier and then hoping for the best, seeing if Lewis could keep Max at bay. But really that was the main opportunity.”

Shovlin also discounted the notion that Hamilton could have made a one-stop strategy work.

“When people were pushing hard the tyres were falling off at an incredible rate, so one stop would have been out of the [equation],” added Shovlin.

“The medium wasn’t good enough. We could have done it with two hards, but you can’t race that. For us, we were struggling too much on the medium and a three-stop you couldn’t make the pit-stop gap back, so it was a nailed on two-stop which is what we expected coming here.”