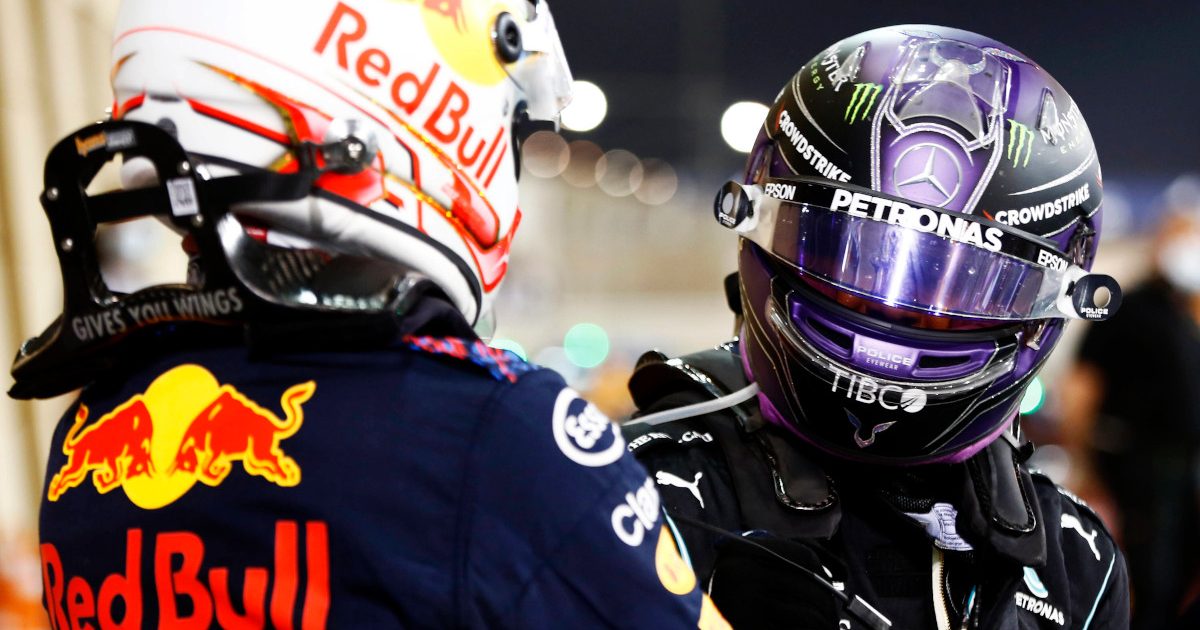 Zak Brown spoke about how good Lewis Hamilton and Max Verstappen’s rivalry is for F1, arguing the World Champion has had an “easy ride” bar the 2016 season.

Hamilton has won six out of the last seven World Championships, with only Mercedes team-mate Nico Rosberg besting him over the course of a season in the turbo hybrid era, in 2016.

With the improved performance of Red Bull and the seemingly even credentials of the two fastest cars on the grid, the prospect of a season-long battle between two of Formula 1’s most talented drivers has been the main talking point in the sport in 2021.

The McLaren CEO also believes, however, that it’s only a “matter of time” that the championship contenders will collide on track, which he hopes will enable his own team to capitalise at some point in the season.

“I think rivalries are great for the sport and having those two guys go at it is good,” said Brown at the launch of McLaren’s one-off retro Gulf livery for the Monaco Grand Prix this weekend.

“Hopefully, at some point over the course a year, that creates an opportunity for us, because I think it is just a matter of time until they both are determined to not let up in to Turn 1 and neither come out.”

Hamilton has won three of the four races so far this season, with Verstappen claiming victory at the Emilia Romagna Grand Prix at Imola in April, and the Dutchman has finished as runner-up to the Brit in each of his victories.

The two have had on-track battles in every race so far, with Brown believing that Hamilton’s “easy ride” is over with the emergence of Verstappen’s title-challenging credentials.

“I think it’s great for F1,” Brown added. “Lewis has had a pretty easy ride out, apart from his one year with Nico [Rosberg].

“So I think it’s a great rivalry. I think Max has gotten Lewis to step up, not that he’s needed much stepping up. But he’s definitely on his A game.

“I think it’s clear that Lewis is a very smart driver. You can just see him sitting there waiting to strike and isn’t kind of over eager. I think that’s his experience coming through.”