Home News Hamilton/Alonso the strongest ever driver line up? 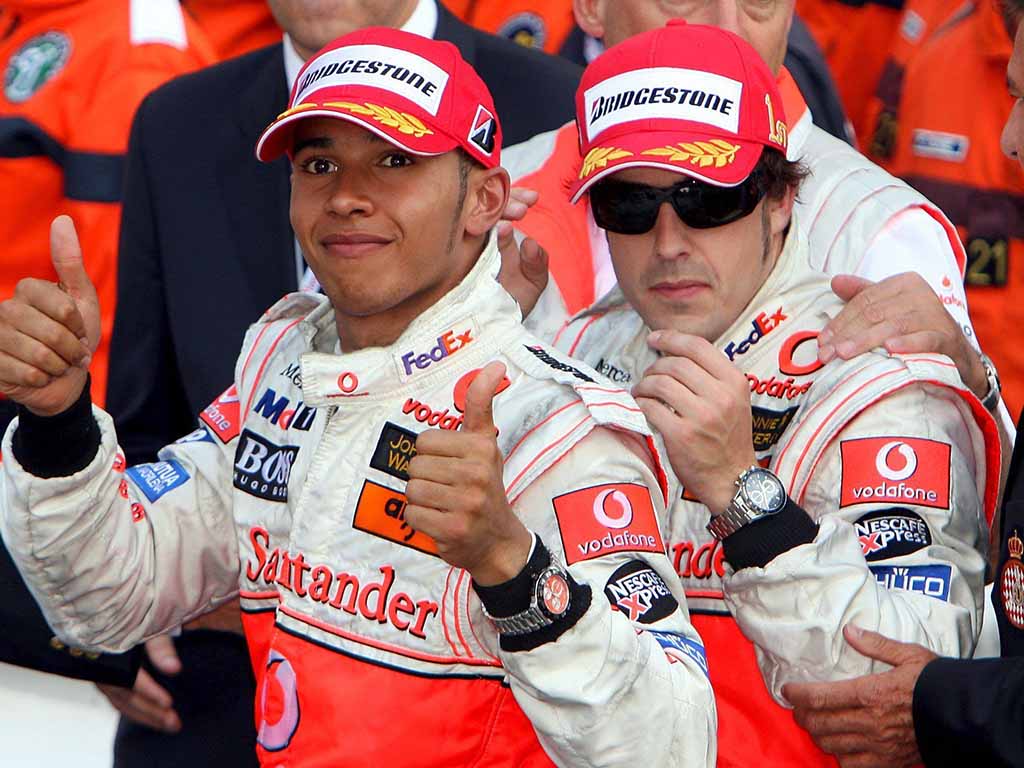 Pedro de la Rosa has sparked an interesting debate as he suggested Lewis Hamilton and Fernando Alonso could be the strongest F1 line-up of all time.

We were treated just one season of Hamilton and Alonso together at McLaren back in 2007, and De La Rosa, reserve driver at the time, feels that was the time we could have all witnessed the strongest driving duo ever in the sport.

“I was surprised how it all exploded,” De la Rosa told the Beyond The Grid podcast. “If we look back, that driver pairing is possibly the strongest there’s ever been. Ever.

“I always think the new generations are stronger. So it’s nothing against Senna/Prost, they’re my heroes, forever heroes, but that level, Fernando/Lewis, was amazing.

“I remember looking at their data and thinking, ‘these guys are from a different planet’. And still, I was not expecting for the relationship to explode.

“It was a shame because those guys would have brought so many championships to McLaren.”

On the outside looking in, there appeared to be plenty of needle at the time between Alonso and Hamilton, but De La Rosa thinks there has always been a great amount of respect shared between them.

He added: “They always respected each other massively at the track because they knew how good the other was, although they never said it publicly, they had a lot of respect for each other.

“There was nothing wrong ever done at the racetrack between them.

“It was always a strong fight but fair. There was no pushing, breaking the front wing or nothing. There was just two gladiators fighting bravely at the racetrack so I have no bad memories about that.

“Both were massively fast, talented, and then I think Lewis learned a lot from Fernando that year.

“He [Alonso] did a masterclass of how to be consistent in the race and how to take care of the car, not only the tyres, and that’s also when Fernando began to feel the telemetry, the data was working in Lewis’s favour.

“And he started not driving as he should in free practice, and suddenly in qualifying he was very fast. There was a lot of games playing between these two super gladiators.”