Home News ‘Hamilton will move to Ferrari to replace Vettel’ 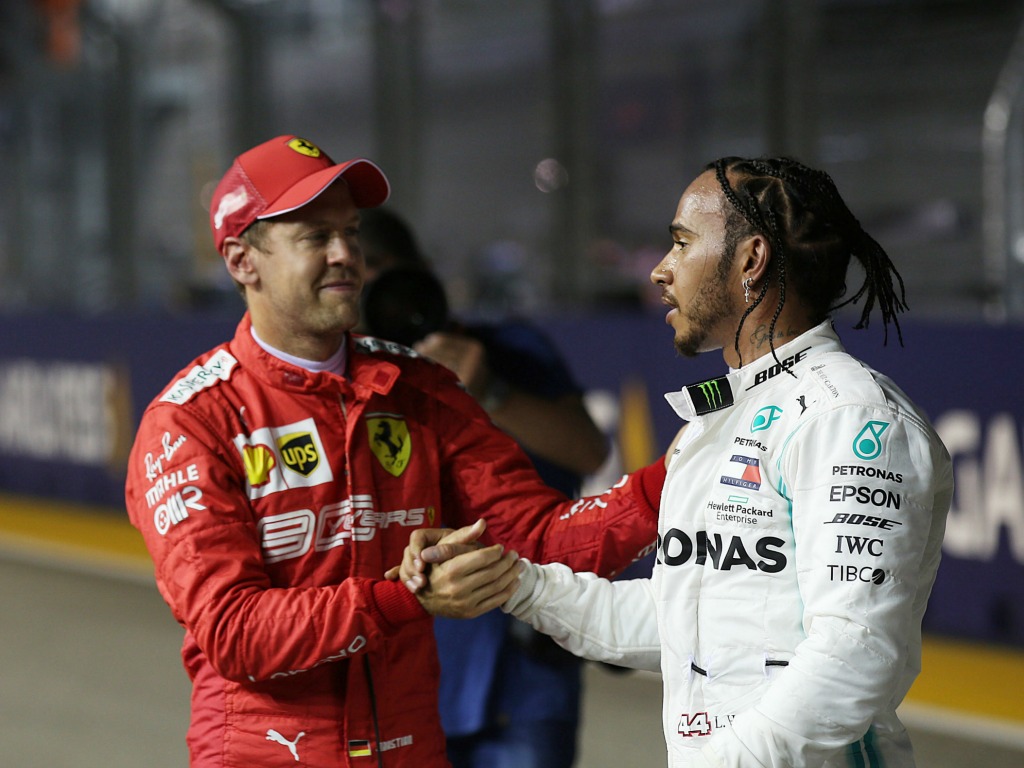 Lewis Hamilton is on his way to Ferrari to replace Sebastian Vettel, that’s according to former F1 team boss Eddie Jordan.

Hamilton has long been linked to Ferrari with reports in 2017 claiming a move was only an announcement away.

That, however, didn’t happen after Vettel re-signed with the Scuderia, committing to the Italian stable until the end of 2020.

At the time Hamilton responded to news of Vettel’s new deal by telling world that the “dream” move was over.

“It’s definitely a dream for every driver, including me,” he said in August 2017.

“Whether or not l will ever be there… I guess definitely not in the next four years or whatever it is – three years.”

Now with the German’s place at Ferrari once again uncertain with his contract up at the end of this year, Hamilton could be the man that Ferrari turn to.

Jordan, who also thinks Mercedes leaving the sport will a play a role in the move, is convinced it will happen.

“Lewis will switch to Ferrari,” he told F1-Insider.com. “Only the Italians can still afford his salary and they know that he is worth it.

“[Max] Verstappen will stay with Red Bull and try to beat Lewis. But that will be very difficult.

“I am convinced that manufacturers like Mercedes, Honda and maybe Renault will pull the ripcord and will end their Formula 1 commitment in the next two years.”

Jordan’s prediction is at odds with a comment Hamilton posted on social media last month.

Responding to a headline in the Sun, about his “dream” move to Ferrari being “dashed” by Vettel, Hamilton made it abundantly clear that he is very happy right where he is.

“First off, there is no dash to another team. I am with my dream team,” Hamilton’s deleted Instagram post said.

“Second, there is not a thing in my way as I’m not trying to move. I’m with the people who have cared from day one. We are the best team!”

But let’s never forget that Jordan was the man who predicted that Michael Schumacher would return to Formula 1. And would do so with Mercedes.

As for Vettel’s Jordan reckons the German will either swap to McLaren or call it quits on Formula 1.

“Unlike Lewis Hamilton, I don’t know Vettel very well, but in my opinion he has no choice but to stop or switch to McLaren,” he said.

“The train at Ferrari has long left for him.”