Home News Hamilton: Ferrari have a ‘jet mode’ for qualifying 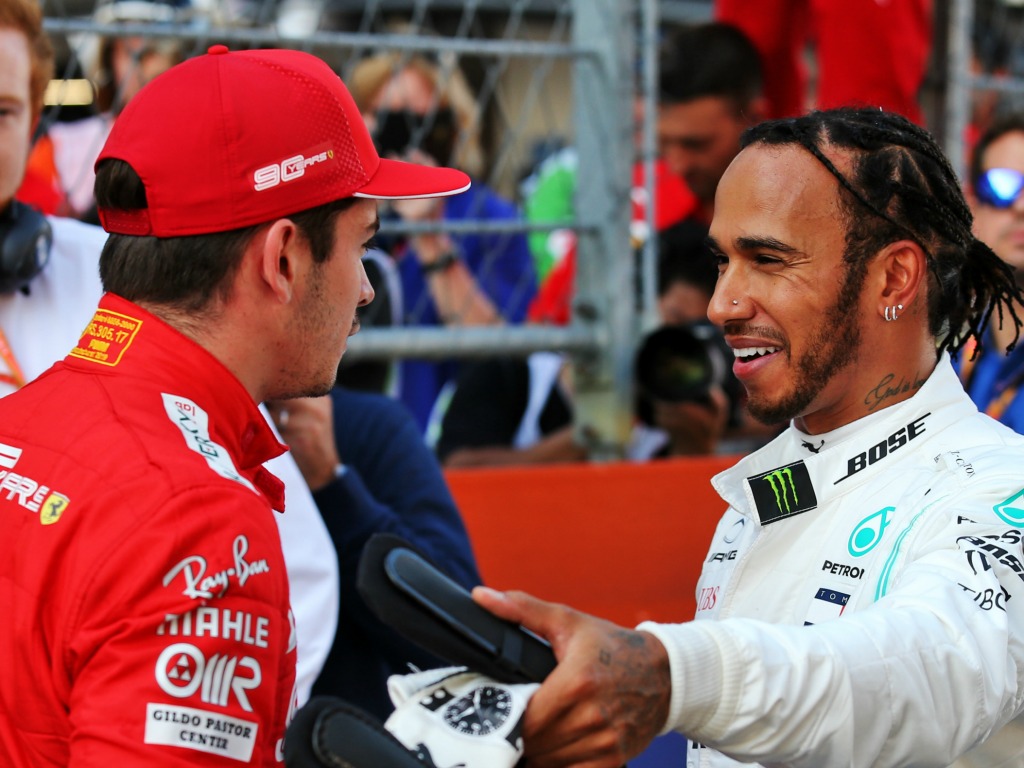 Lewis Hamilton has said Ferrari can turn their car up to “jet mode” in qualifying as they have “crazy” straight-line speed at their disposal.

Mercedes have proven to be no match for Ferrari’s pace in Russia and Charles Leclerc nailed down his fourth pole position in a row at the Russian Grand Prix by a whopping four tenths to Hamilton.

Much has been made of Mercedes’ party mode over the years, but Hamilton feels Ferrari now have something much bigger.

“It was a tough qualifying session because these guys [Ferrari] have some crazy speeds on the straights,” Hamilton told Jenson Button in the immediate. post-qualifying interviews.

“They go to another level. That party mode you spoke about us having, they have something else beyond that: jet mode.”

It's P2 and P5 in Sochi. Lewis splits the Ferraris and we've got a car on the front row! Bring on tomorrow 👊#RussianGP pic.twitter.com/6nm7lJQi4E

Hamilton was delighted to learn on team radio that he had knocked Vettel off the front row and said he was not expecting to be as high up as P2 on Sunday’s starting grid.

He added:  “I gave it absolutely everything I had at the end and the team did a great job just to tinker and push forwards. I’m so glad it came together – I wasn’t expecting to get on the front row, that’s for sure. I’m really, really happy with it.

Hamilton will be lining up on the medium tyres after managing to get through on them in Q2 and he hopes he can overcome the slower starting tyre by “towing the life out” of Leclerc down the long dash to Turn 1.

“We’ve got to try something [strategy wise],” Hamilton said.

“We were fortunate enough to opt for a different strategy. It’s a long way down to Turn One which is not always the best for starts on the harder tyre, but I’m going to try and tow the life out of Charles if I get the chance.”