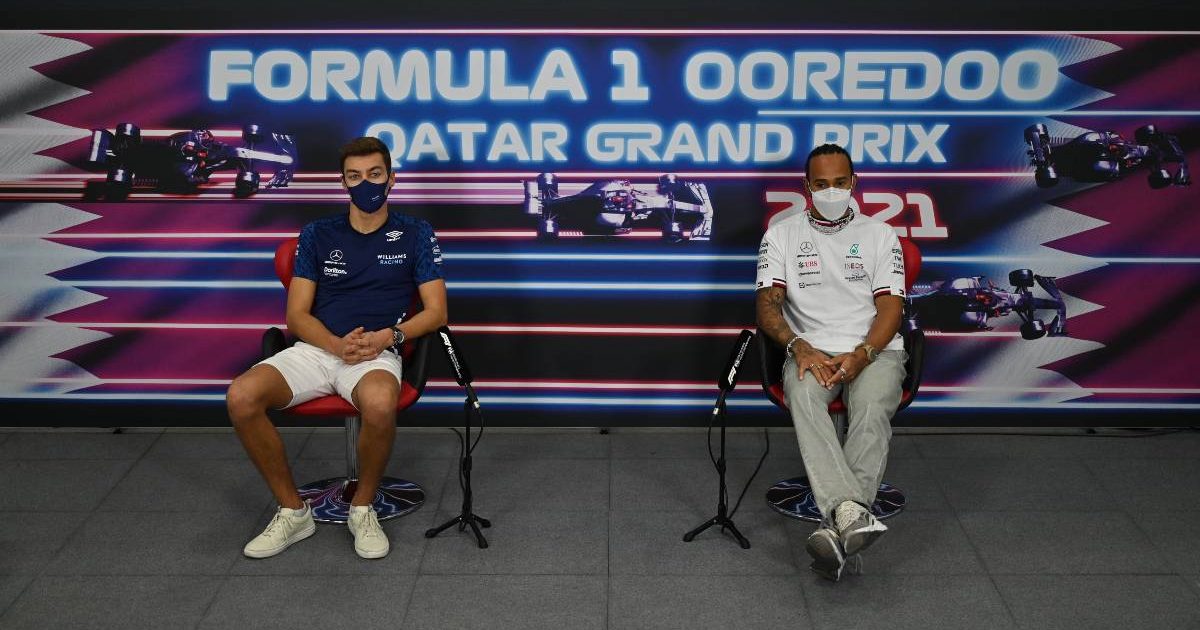 Lewis Hamilton says that the incoming George Russell has just as much input on Mercedes’ 2022 challenger as he does.

Since 2017 Mercedes has maintained the line-up of Hamilton and Valtteri Bottas, a duo which has already delivered four Drivers’ and Constructors’ titles in succession; the four Drivers’ crowns have all gone Hamilton’s way, while the hunt remains on to stretch both tallies further this season.

Once the season concludes though, so will Bottas’ time with Mercedes, as the Finn moves on to Alfa Romeo, clearing the way for Russell to make the move from Williams in his place.

Hamilton enjoys a vast experience advantage over Russell not only in terms of their respective F1 careers, but of course also in regards to the Mercedes team itself.

That being said, Hamilton says that he and Russell’s contributions to the 2022 car are equally weighted, the first challenger which Mercedes will design under the heavily modified regulations that are coming from next season.

On the theory of Hamilton leading the 2022 car development, he replied, as quoted by GPFans: “I think we rely on both of our inputs.

“At the end of the day, it is a car that will be built and designed around both of us. Obviously, we have a standing structure in how the car behaves and that is something we have developed over time.

“George has driven that in the past and he will be a part of that development just as I am.

“As I am driving the current car, I know where the weaknesses are and what I want in next year’s car and that is something I am working hard to make sure we have that we will both benefit from.

“But as I said, once we get to the first test, the team will rely heavily on mine and George’s input.”

Before turning focus to 2022 Hamilton will look to seal a record eighth World Championship, but heads into the penultimate round of the season in Saudi Arabia with an eight-point deficit to Championship leader Max Verstappen.

Hamilton, is, however, on a two-race winning streak having displayed dominant pace in both Brazil and Qatar.

As for Russell, he and the Williams team have suffered a sizeable blip following their upturn in form between Hungary and Russia, where Russell scored points in four of the five races.

Belgium was the highlight as Russell qualified P2 around a damp Spa-Francorchamps, with that then turning into a first podium finish after heavy rain meant that the Safety Car could not release the drivers on race day, abandoned just two laps in.

For Russell then, a return to the points in either of the last two races would be a fitting way to sign off at Williams.