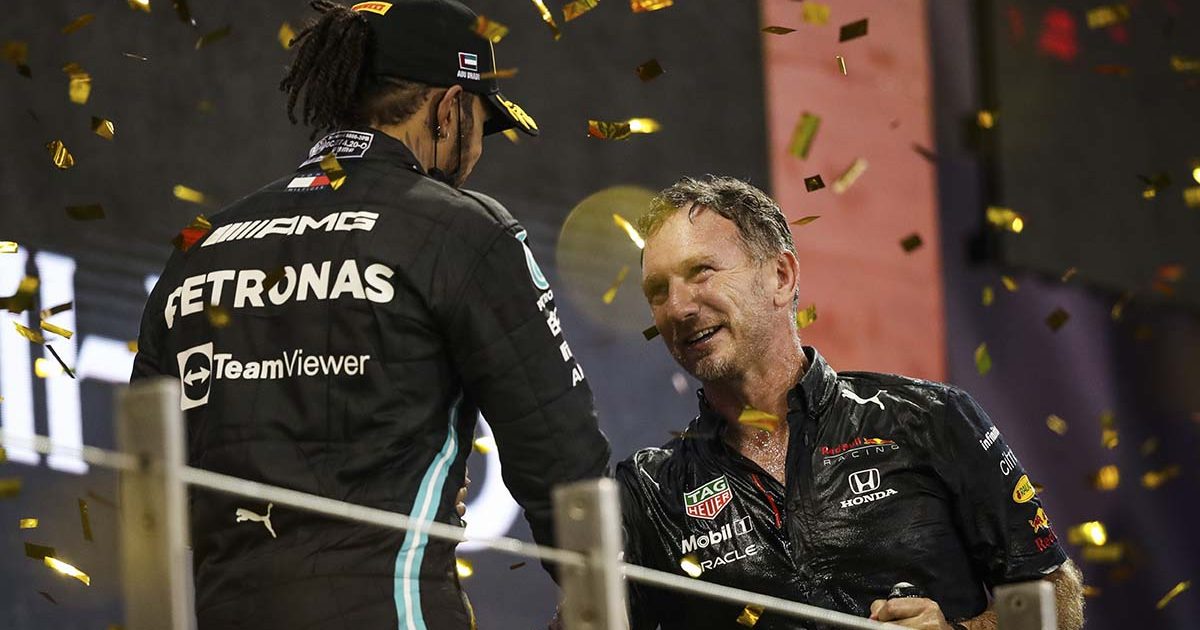 Red Bull boss Christian Horner has revealed that Lewis Hamilton was “very keen” on leaving McLaren for Red Bull and talks were held to try and make it happen.

First bursting onto the Formula 1 scene in 2007, Hamilton spent the first six seasons of his career with McLaren, winning his first of seven current World Championships a year later in 2008.

But, Hamilton and McLaren struggled to replicate that title-winning glory in the years that followed. His World Championship defence ended up with just 49 points and a P5 finish in 2009 standings. Respective P4, P5 and P4 finishes came after that.

However, before Hamilton took what was then seen as a huge gamble in joining Mercedes ahead of the 2014 season, it appears an alternative path could have been trodden down.

“Lewis and I have had a couple of conversations over the years,” Horner revealed to the Daily Mail.

“From 2010 to 2013, he was very keen to come and drive for Red Bull. We had Sebastian at that time and to have had two alpha drivers wouldn’t have made sense.”

Horner went on to say that he spent some time encouraging Mercedes to take Hamilton on instead as they looked to try and weaken McLaren’s driver line-up at the time.

He added: “Niki Lauda was at Mercedes and was very keen to take Lewis and I remember encouraging him to take him.

“We were fighting McLaren and in 2012, they had the fastest car and we felt that Lewis in a McLaren would be more of a threat than in a Mercedes.

“I encouraged Niki to spend the money as Lewis was wavering a little bit. It would be fair to say that backfired on me.”

Horner revealed the Hamilton negotiations when talking about the significance of Max Verstappen’s new deal, which is said to put the reigning World Champion on about the same annual salary as Hamilton – an estimated £40m a year – and runs all the way through until 2028.

“We have huge confidence in Max,” Horner stated.

“Otherwise, we would never have committed to that time scale.

“To go to 2028 is almost unheard of in this sport, to commit to a driver for that period of time. He is a massive asset to us.

“He strongly believes in the team and it is down to us to provide him with the tools to get the job done.

“At some point, Lewis will slow down or he’ll stop and, of course, he is going to have a massive challenge with a very competitive young team-mate and hungry team-mate this year who is going to be one of the best drivers on the grid. George Russell is a phenomenal talent.

‘In Max, at 24, we have looked to lock down what we believe will be the purple patch of his career.

‘Having won this first world championship, it relieves an awful lot of pressure. That is in the bank now.

“It is on his CV. He will continue to grow now he has got that first one out of the way. We saw that with Sebastian Vettel.”