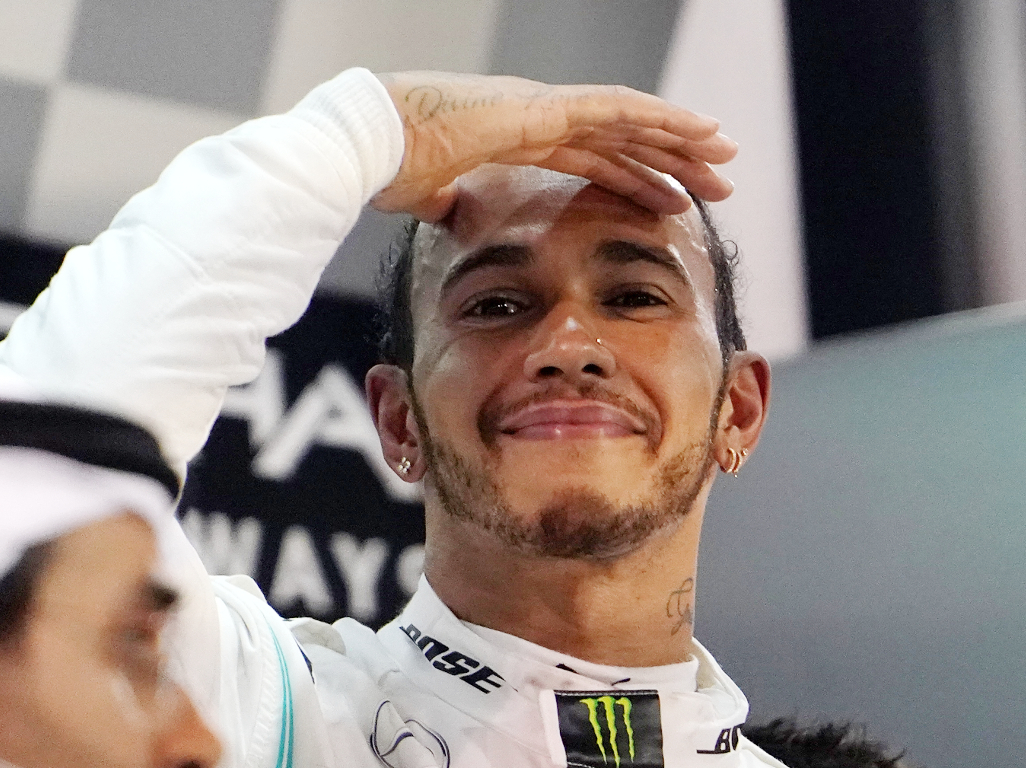 The Mercedes driver has dominated the sport in recent seasons and last year picked up a sixth World Championship, while also helping the Silver Arrows secure their sixth consecutive Drivers’ and Constructors’ title-double.

Heading into the 2020 season Hamilton has the chance to make history on several fronts – but the biggest record on offer is the chance to tie Michael Schumacher’s record of seven World Championships.

This season, though, there is the potential for Hamilton to face his sternest opposition yet in Mercedes colours – both Ferrari and Red Bull have designs on taking the fight to their rivals from the start with Max Verstappen and Charles Leclerc seen as the most likely challengers to Hamilton’s crown.

Hamilton has given his own warning to the competition though, saying the feeling that he has “physically and mentally” this year is on “another level” compared to last year.

And the Briton has also taken his helmet design to another level – while the predominant white remains, we now have a very attractive purple theme going on.

On the sides we can now see six stars proudly displayed on the helmet, of course in reference to his six World Championships.

The “still I rise” quote, long associated with Hamilton, features on the back.

Either way we won’t have to wait long to see this fancy lid on the track with pre-season testing set to get underway at the Circuit de Barcelona-Catalunya on Wednesday February 19.