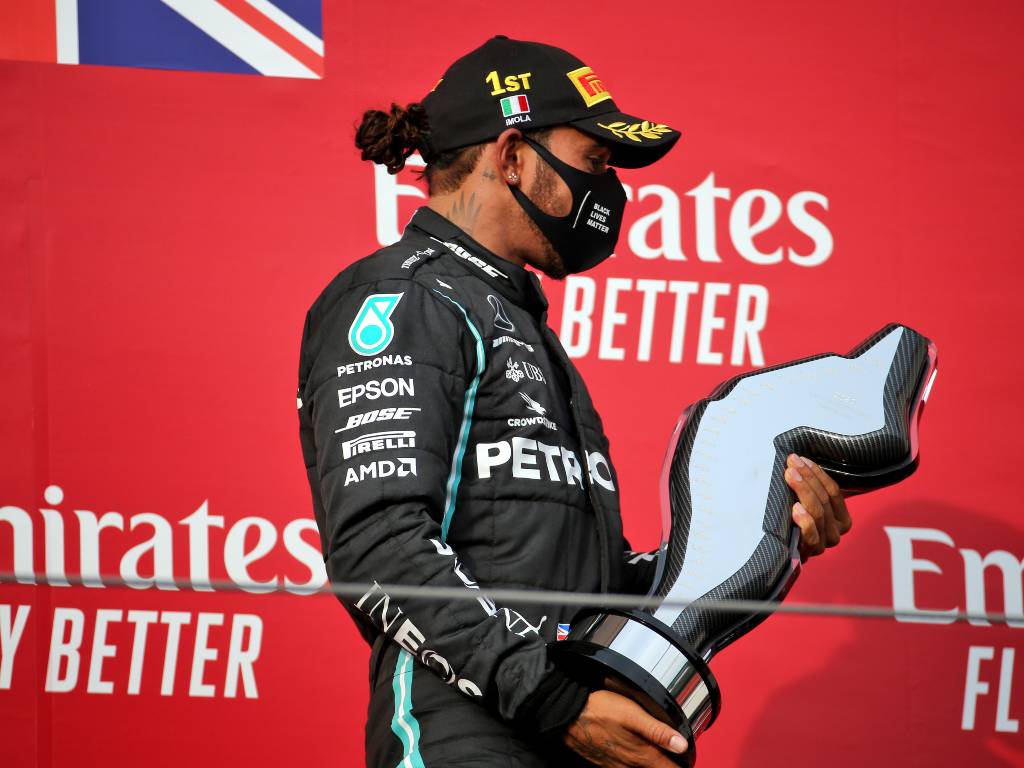 Lewis Hamilton says his trophy for winning the Emilia Romagna Grand Prix is a “keeper” – unlike some of the “dodgy, flimsy” ones he has collected before.

And that’s because there was a special resonance to the Imola silverware, which commemorates the circuit being where Hamilton’s first motorsport hero, Ayrton Senna, lost his life.

Senna, three times the World Champion, was killed in a high-speed crash at the Tamburello curve while leading the 1994 San Marino Grand Prix.

The trophy Hamilton received for his victory in round 13 of this year’s World Championship, which also clinched a seventh consecutive constructors’ title for his Mercedes team, was in the shape of the Imola track and had a diamond at the spot where the Senna tragedy occurred.

All of the elements aligned on this momentous day. Mercedes just claimed their 7th Constructors’ Championship! 🏆 To everyone back at the factory grafting away and continuing to push and innovate. You guys are the true unsung heroes. Let’s continue to make history together🙏🏾 pic.twitter.com/LB9HTg8Zq7

Asked during the post-race press conference whether this particular trophy meant something to him, the Briton replied: “Well, every trophy does, for sure.

“When we came back, just before we came onto the podium, there was a lady there doing the engraving, which is probably the first time I’ve seen that being done.

“There was a time when trophies were…when you’re from the young days, from karting, little plastic [ones]. But they’re so special, they all had such a great meaning.

“Then as you get through the categories they would get nicer, more expensive, and you got to Formula 1 and they were so stunning.

“But then we went through a patch where they really did a cost-cutting scheme and we had some really dodgy, really flimsy trophies. Those ones didn’t survive the time.”

In continuing his thoughts about trophies, Hamilton reflected back to May 1 1994 and how, at the age of nine, he had spent one of Formula 1’s most infamous days in its history.

“Being that we’ve not had a race here for a long time, it’s where I remember the day when I was karting in ’94 at Rye House when Ayrton passed away,” said the six-time World Champion.

“To think we’re here, 26 years later, and to be able to win here, as he had done many times…

“So yes, the trophy definitely is a keeper and it felt like it had good weight to it, so it didn’t feel like a cheapy.”