Home News Hamilton had ‘impossible’ task keeping up with Max 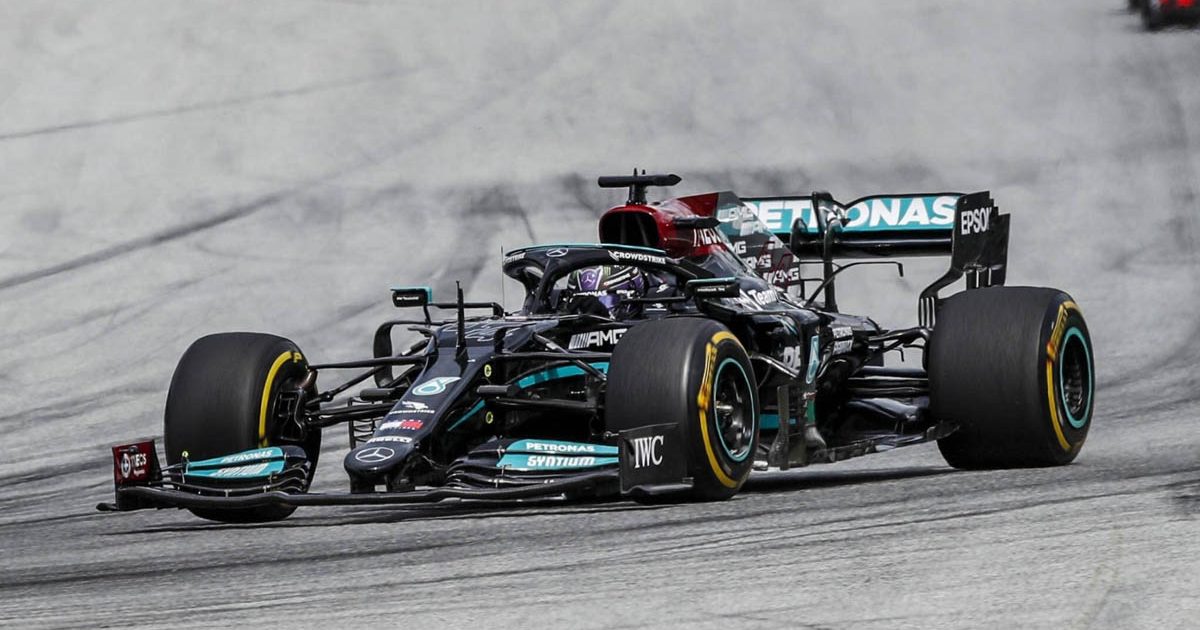 Lewis Hamilton admitted that it was “impossible” for him to keep up with Max Verstappen in what was a “lonely” Styrian Grand Prix for the Mercedes driver.

Hamilton had managed to keep the Red Bull driver within his sights in the first stint at the Red Bull Ring, but the race leader was able to gradually extend his gap at the front of the field in what became a comfortable victory in Spielberg.

The seven-time World Champion had enough of a gap to stop two laps from the end and put in the fastest lap to gain an extra point to limit the arrears on a day where he acknowledged that Red Bull appear to have the faster package overall.

“It was a bit of a lonely race really,” Hamilton said after the Styrian Grand Prix.

“I was trying to keep up with those guys but the speed they have, they’ve obviously made some big improvements over the last couple of races and [it was] impossible to keep up.

“I don’t know where we’re losing all the time, but I think their long run seems to be a bit better, they seem to be able to continue pulling out those laps.

“But nonetheless, we got good points as a team today and we just got to keep pushing.”

34 points was our maximum and we got them. 💪 Another go in just one week! 🔥 #StyrianGP pic.twitter.com/folmsqgL46

Race engineer Pete Bonnington responded to Hamilton when he asked about his deficit to Red Bull on the straights, with ‘Bono’ believing 0.25s was the team’s time loss in straight-line speed alone.

The Mercedes driver admitted after the race that the team have not been bringing upgrades to recent races, and urged the Silver Arrows to try and close the gap to Red Bull moving forward.

“We need to find some performance, we need an upgrade of some sort, we need to push,” Hamilton said.

“I don’t know whether it’s just the rear wing or whether it’s the upgrade in the engine, whatever it may be, but we’ve got to find some performance.”

When asked about what this result means in terms of the wider context of the World Championship with the gap behind Verstappen increasing to 18 points, Hamilton retorted that he will “try not to concern myself with that”.

“I mean, naturally they are just faster, so there’s not a lot that I can do in that respect,” the Mercedes driver added.

“I’ve just got to keep trying to do the best job I can each weekend.”