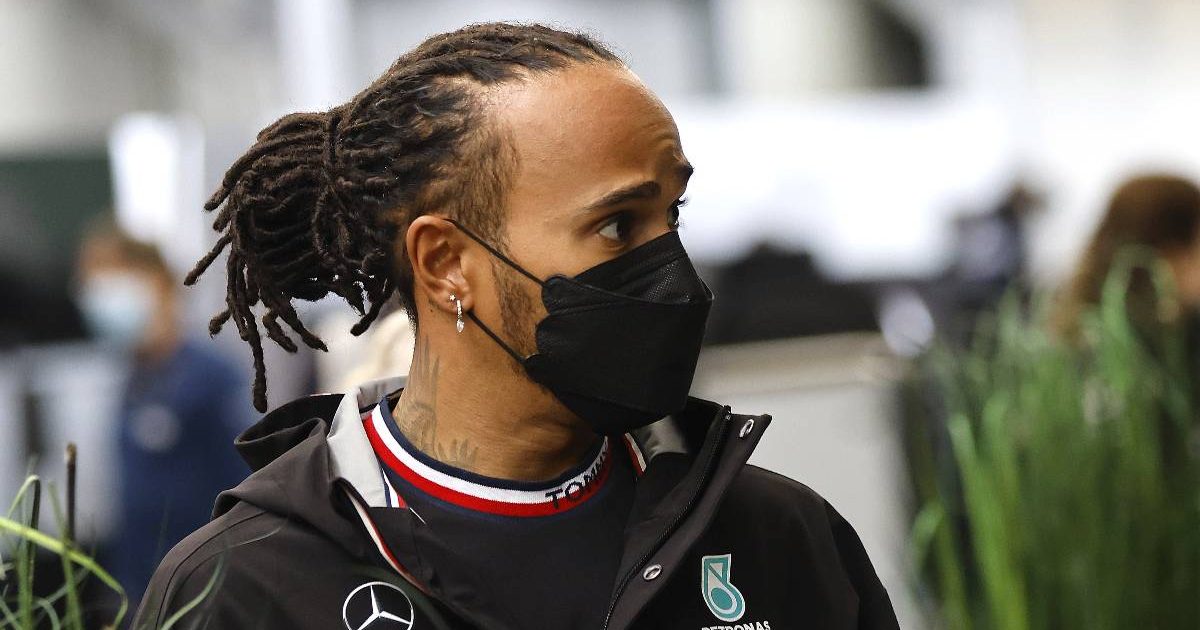 Lewis Hamilton has been excluded from qualifying at the Sao Paulo Grand Prix after being placed under investigation for a DRS infringement.

Hamilton had cruised to the P1 spot for Saturday’s sprint at Interlagos, finishing four tenths of a second ahead of title rival Max Verstappen, but during the FIA’s post-session checks Hamilton’s DRS did not satisfy lead technical delegate Jo Bauer.

“The uppermost rear wing element adjustable positions were checked on car number 44 for compliance with Article 3.6.3 of the 2021 Formula One Technical Regulations. The requirement for the minimum distance was fulfilled.

“But the requirement for the maximum of 85mm, when the DRS system is deployed and tested in accordance with TD/011-19, were not fulfilled.

“I am referring this matter to the stewards for their consideration,” read Bauer’s report.

With DRS activated and upper flap opened, the max distance between the 2 elements must be 85mm. On Hamilton's car was bigger https://t.co/ilQu8V1F5V pic.twitter.com/IxI5HXthFD

At a hearing on Saturday, the stewards deemed Hamilton to be in breach of TD/011-19, which meant he was excluded from Friday’s qualifying classification and sent to the back of the field for the sprint.

The infringement had to be rectified for FP2 and Saturday’s sprint and because the cars are locked in parc ferme conditions, it meant Hamilton’s W12 needed a different rear wing.

A set-up change normally would automatically send a driver and his car to the pit lane, but on this occasion it was declared that Hamilton would merely start at the back of the grid.

On Friday, the stewards had posted a further bulletin which stated: ‘The Stewards hereby order the Technical Delegate to supervise the removal of the rear wing assembly of Car 44, and to impound this part under seal.

‘Further, the Technical Delegate is to supervise the transition of Car 44 into overnight conditions, permitting only those actions needed to store the car.’

Hamilton already has a five-place grid drop coming his way for Sunday’s race after Mercedes added a fifth ICE to his W12.