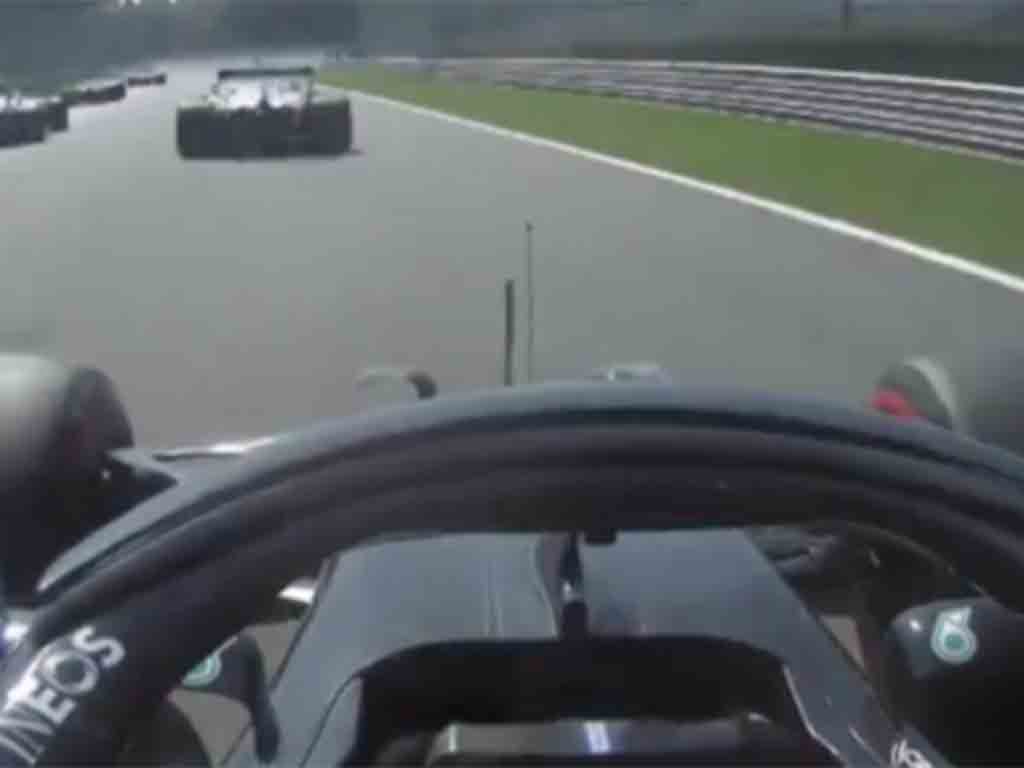 Lewis Hamilton narrowly avoided a big shunt into the back of a Haas as the traffic woes returned to Monza ahead of qualifying for the Italian Grand Prix.

Due to the slipstream effect at Monza being worth around half a second, huge queues are forming down the back straight as all 20 drivers look for a tow on their push laps.

The same queues formed in Q3 at the Italian Grand Prix weekend in 2019 which ended up being a total farce with many drivers missing the cut-off to start their final laps in qualifying.

Ahead of the 2020 event, the FIA has issued several warnings to the drivers in order to try and avoid a repeat of 2019.

“Each Competitor and Driver is reminded of the provisions of Article 27.4 of the Formula 1 Sporting Regulations,” a statement said.

But, it appears the traffic congestion problems are still going to be a big factor heading into qualifying. In the final stages of FP3, only the quick reflexes of Hamilton prevented him from having a huge crash as he tried to weave his way through the backlog of cars.

“That was a really messy end to FP3,” Jenson Button said via Sky Sports F1.

“Lewis probably could have slowed down but I think he was proving a point that this is just wrong.

“He is reaching speeds of 200mph when he is approaching those slow cars.

“It’s totally out of order and I wouldn’t rule out a penalty for that [incident].”