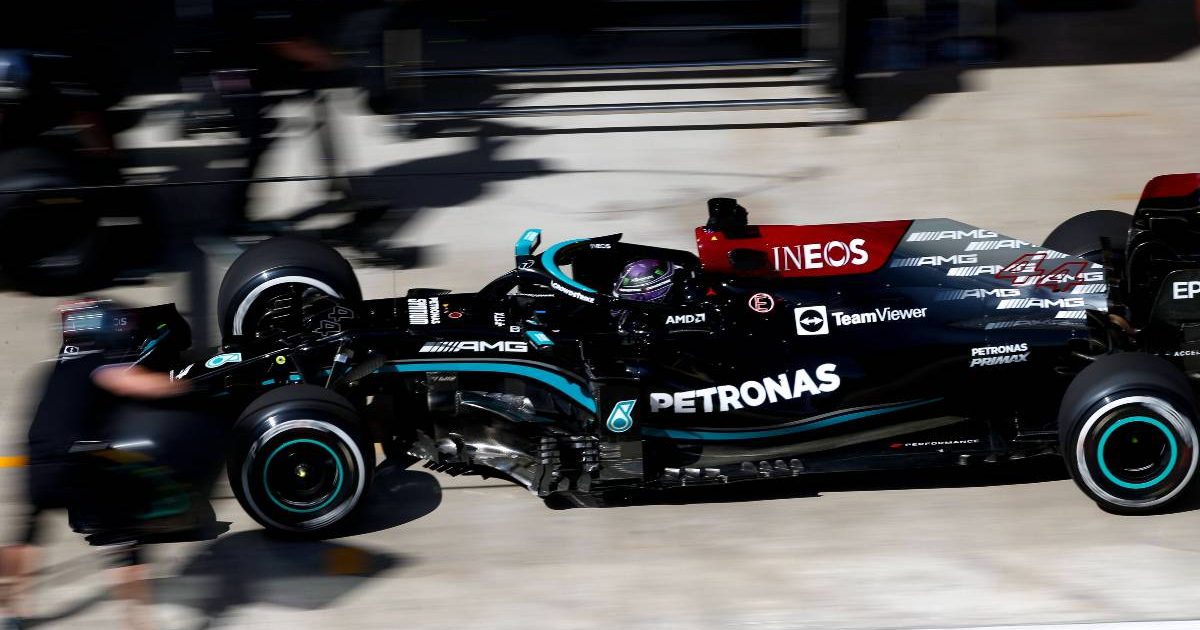 Mercedes have confirmed their front jack man was unharmed after being knocked over by Lewis Hamilton in FP2 for the Russian Grand Prix.

Hamilton made a hot entry into his pit box at Sochi, overshot his marks and sent the mechanic tumbling backwards, holding up his hand in apology.

The seven-time World Champion immediately asked after the jack man’s wellbeing and was told by race engineer Pete Bonnington he was “all right”.

For everyone asking, our front jack man is OK. 🙏

Saying he had caught the ‘magic’ button that adjusts brake bias, Hamilton indicated he had made a mistake similar to the one at the Azerbaijan Grand Prix where he failed to stop in time at the opening corner after the restart, costing him any chance of scoring points.

Reviewing a replay of the incident, Sky F1 analyst Johnny Herbert said: “Lewis commented that the brake magic button wasn’t doing what he wanted it to do.

“This is where all these complicated cars sometimes don’t do what they are supposed to do.

“Luckily the mechanic is okay, which is great, and hopefully they will be able to carry on in the normal way again [now].

“But it’s the situation, with the Championship how it is, none of this stuff can happen when it comes to the race on Sunday, that’s for sure.”

Hamilton had clocked the second fastest time of FP2, 0.044sec behind his team-mate Valtteri Bottas as the Mercedes duo repeated their top two positions of the morning practice session.

There was also a boost for the Briton as his World Championship rival, Max Verstappen, will be starting the race from the back of the grid as his Red Bull team decided to take the engine penalty that had been hanging over the Dutchman.

On how Friday practice had gone for the team, Hamilton told Formula 1: “It seems like we started off on the right foot. Generally a good session pace-wise.

“We’ve got some work to do probably on our long run and then tomorrow’s going to be raining a lot, so it will be interesting to see what we do in terms of set-up for that, knowing Sunday is potentially dry.

“[They were] very clean sessions, no issues. The car’s probably not perfect but we’ll work on it tonight.”

Mercedes later said they were “looking into the issue” of what had caused Hamilton to run into the jack man.