Home News Hamilton: Never assume your opponent is on the ropes 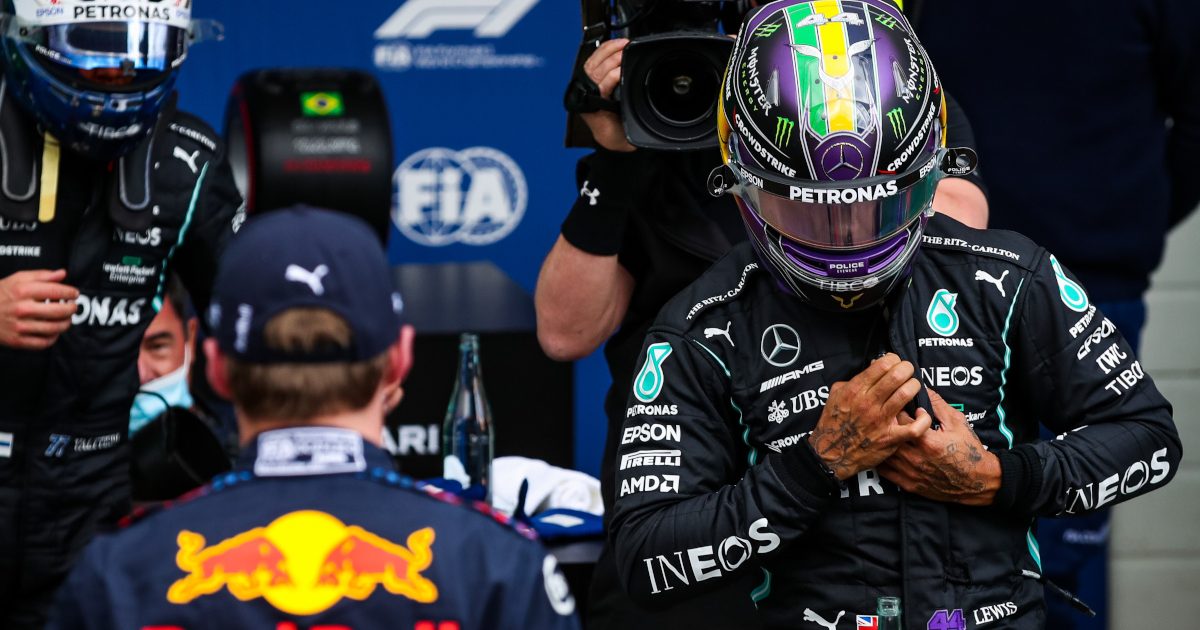 Lewis Hamilton isn’t assuming that Max Verstappen and Red Bull are “0n the ropes” and believes it’s never good to do so.

The Mercedes driver trails the Dutchman by eight points with just two rounds left of the 2021 campaign but the momentum is very much with himself and his team.

They’ve simply been too strong for Verstappen and Red Bull in recent times with the seven-time World Champion winning both of the last two rounds and being comfortably quicker than anyone else at both.

Despite that though, he’s not taking anything for granted and is prepared for a resurgence, although he feels his team is the strongest.

“I don’t think it’s ever good to assume that your opponent is on the ropes,” he said in Saudi Arabia as per Sky Sports.

“We’ve prepared the best we can possibly prepare with these unknowns [of the circuit] and I truly believe we are the best team.”

The two title rivals’ situations couldn’t be any more different, with Verstappen seeking to win his first World Championship while Hamilton is going for a record-breaking eighth.

While he’s already triumphed on seven occasions though, the Brit says it would feel different this time around due to the record-breaking nature of the achievement and the fact that he’s been in an extremely tight fight with another team for the first time in the hybrid era.

“It’s different in one sense, because we’ve got two incredibly close teams,” he said.

“It’s different because as a team we’re fighting in uncharted territory. Nobody’s ever won eight titles, team or driver – so that’s quite fresh and new.”

However, while it would be perhaps his biggest ever achievement, he says he’s more relaxed than ever.

“On the other side, I’m more relaxed than I’ve ever been,” he added.

“I think because I’ve been around a long time. It’s not my first… I remember how it was with my first championship, and even my second and third the sleepless nights and all the things.

“I’m more chilled about myself and applied myself better than ever before. I know I can’t change what’s in the past, all I can do is prepare the best I can. I 100 per cent know I have.”