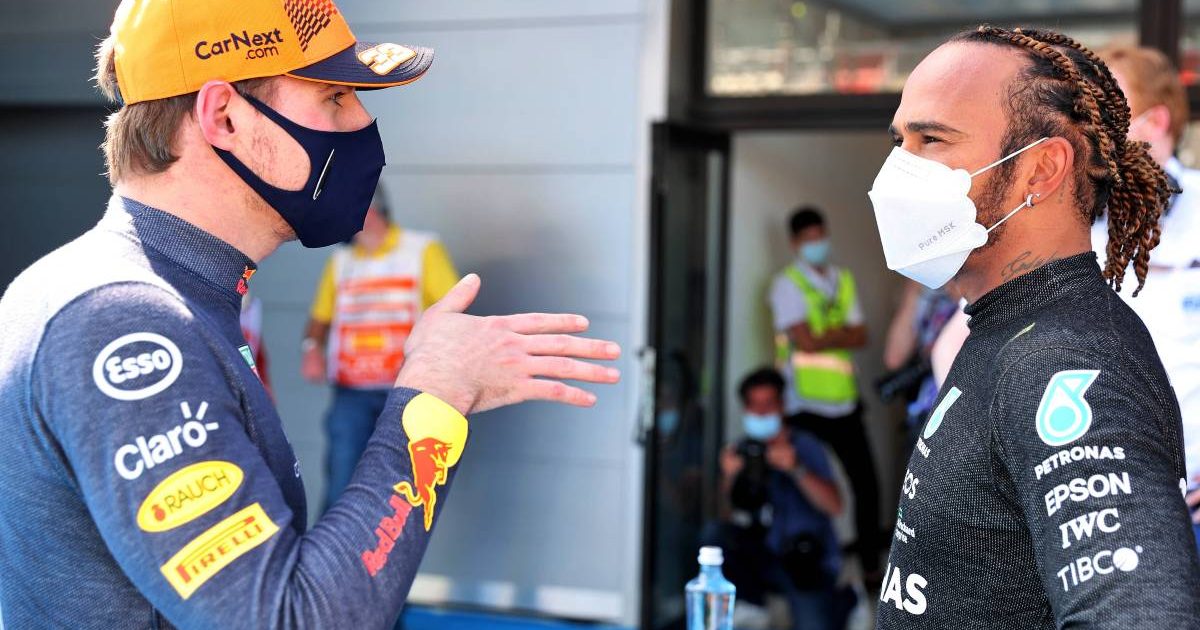 Lewis Hamilton and Max Verstappen have spoken more about their off-track relationship as the two title rivals go head-to-head this season.

Tensions between Mercedes and Red Bull have boiled up in the early stages of the campaign, but Hamilton and Verstappen have largely been respectful with each other – even if the latter did try stir the pot a little bit by suggesting he would two tenths faster than Hamilton if they had the same car at their disposal.

With four points separating the duo in the Drivers’ Championship ahead of round seven in France, Hamilton and Verstappen were asked about the dynamic they have given both of them live in Monaco.

“Well, me personally, I’m never really out and about,” Hamilton told reporters in the FIA drivers’ press conference.

“We live on the opposite sides of town so therefore we don’t really see each other.

“We’ve messaged each other on DM before, right? We’ve messaged after races but I guess we’ve never really had a lot of time to spend together.”

Alongside Hamilton in the press conference, Verstappen said: “It’s difficult to wave at each other. Monaco is like a rock.

“We are away so much that once you get home, you also want to spend time with family and friends.

“With so many races, that is priority number on, because they also would love to spend time with you. And when the opportunity arises, it’s very easy to meet up nowadays with social media and stuff.”

In the same press conference, Hamilton also revealed he has plans to organise a get together between all 20 drivers on the grid once restrictions are relaxed.

“I think at some stage when things get back to normal, I’m sure there’ll be a moment where we we meet somewhere,” said Hamilton.

“There’ll be something fun that we end up doing. I definitely think it’s good for the drivers to get together and, and put away the competition and just have a good night out together. At some stage, we’ll probably all do that.”