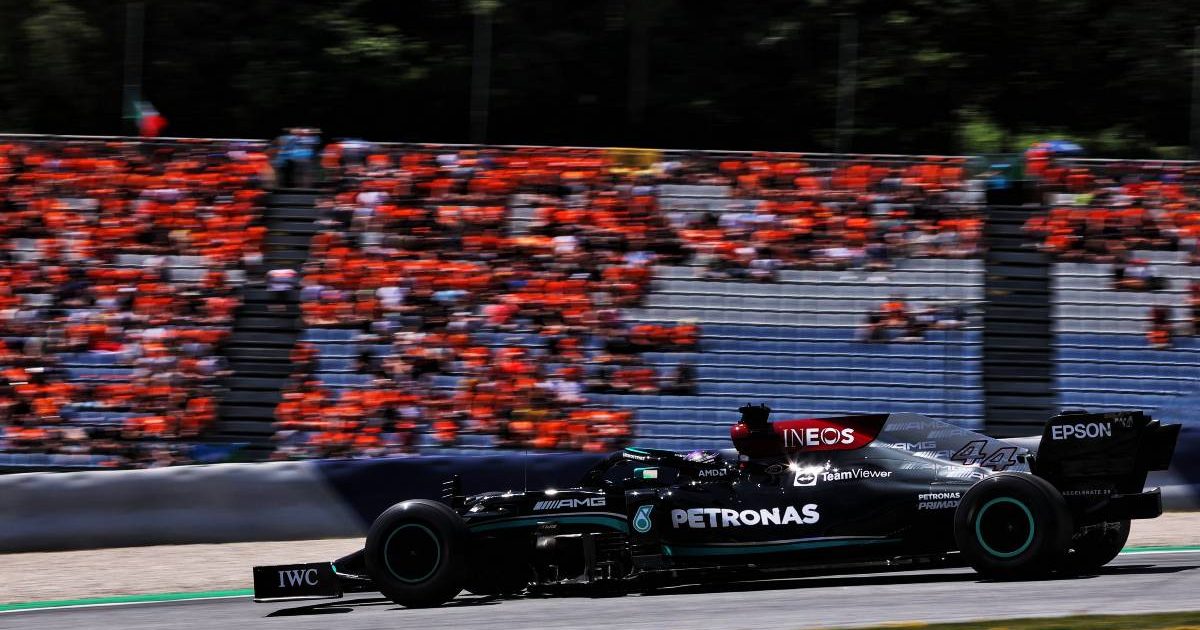 A despondent Lewis Hamilton expects title rival Max Verstappen to go from pole to victory at the Austrian Grand Prix at a stroll.

It was not a great surprise to see Verstappen put his RB16B on pole for the second weekend in succession at the Red Bull Ring, but seeing Hamilton manage only P4 certainly was a shock.

The seven-time World Champion will start behind Segio Perez and even McLaren’s Lando Norris who wowed on his way to P2, and Hamilton does not see any prospect of victory for himself.

“I would say so yes, in terms of pure pace, it is definitely out of the question,” he responded when Sky F1 asked if the win was out of reach.

“Firstly we have two guys to get by in front, and they [Red Bull] have got three tenths on us, I think they have improved their car again this weekend, I would say that it is an easy cruise win for Max.

“I think for us it is seeing if we can get ahead of at least Perez and try to limit the damage this weekend.”

Although Verstappen starred last weekend in the Styrian GP, Hamilton was at least able to claim a comfortable P2, though this weekend the Briton is looking far less comfortable as he bemoaned a lack of overall pace.

“Even more of a challenge than it was already last week, and we continue to lack pace,” he admitted.

“Tried everything to get more out of the car and it is just the underlying place, that is where we are at at the moment.

“We have got to really find performance in the following races.

“I don’t know if McLaren have brought an upgrade, they were mega quick today so a great job from Lando, we have just got to try and improve.”

Not quite where we wanted to be today. Already looking forward to the race, and the opportunity Sunday brings 👏 #AustrianGP pic.twitter.com/KVVi5tKVkW

One positive to come from the weekend so far though for Hamilton is his new two-year contract which has been signed and sealed with Mercedes.

He said it was a “pretty easy” decision to continue with the team, and believes there is plenty more they can do together.

“It’s my family, I’ve been with Mercedes since I was 13, so it’s pretty easy to continue,” he said of the new contract.

“I’m really grateful for the support from the board, from the whole team, and I can continue to enjoy working with everyone, and there is lots that we can do still together.”