Home News Lewis: Don’t be on Max’s outside, he runs you out of road 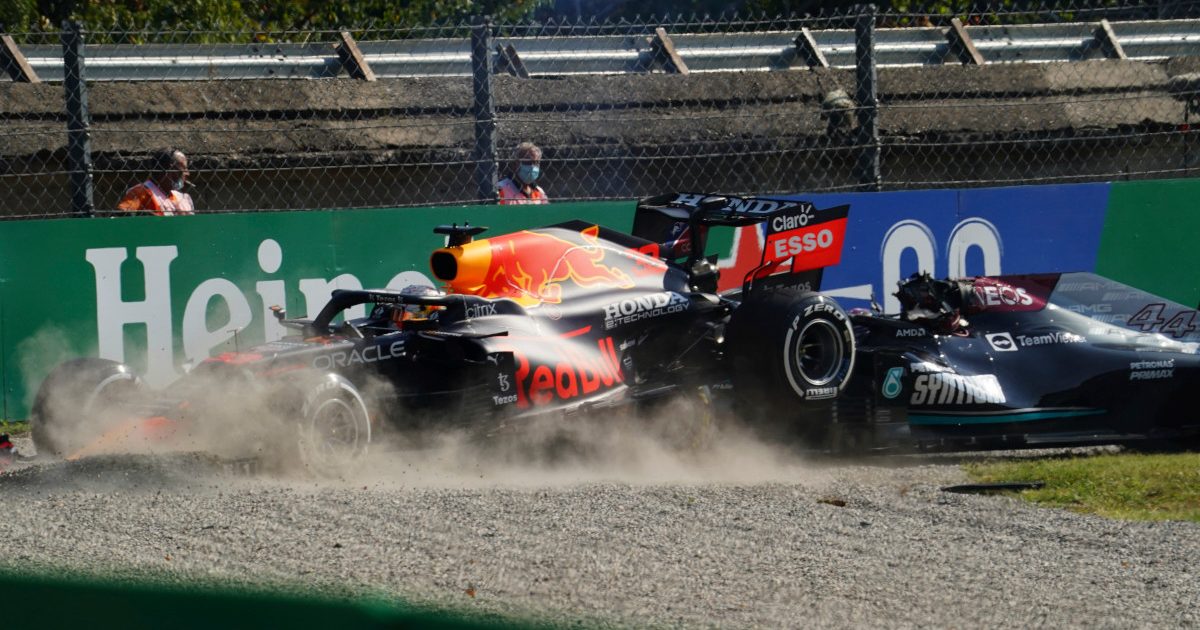 Lewis Hamilton says he knows he “can’t go around the outside” of Max Verstappen as there is a good chance his title rival will run him “out of road”.

The fight between Hamilton and Verstappen ended in a double DNF at the Italian Grand Prix as the duo clashed at the Rettifilo chicane midway through the race.

It wasn’t their first collision of the season, and pundits are predicting that it won’t be their last.

But while Hamilton walked away from Monza with the moral high ground, the stewards blaming Verstappen for the collision, it is perhaps the Red Bull driver who won the mental battle as one avenue of attack is now closed off to Hamilton.

After their last contact, the Brit concedes it is not a good call to try pass Verstappen around the outside.

“If you look at the start of the race, the same incident or a similar one, when I tried to go around the outside of Max,” the Mercedes driver said, as quoted by GPFans.

“We’re both top drivers, well experienced and I know I can’t go around the outside of Max.

“So in all instances, I’ve moved out of the way to avoid incident and have gone over the kerbs.”

This time around it was Verstappen who went over the kerbs, Hamilton holding his line as the Dutchman went from trying to pass him around the outside in the first part of the Rettifilo chicane to the inside in the second part.

Mounting the kerbs on the inside, and Hamilton’s head, both drivers crashed out of the race with their cars in the gravel.

“Ultimately, he lost control going over the kerb and went into me. I don’t feel at fault because I got hit from behind.

“There’s a point at which you have to concede you’re not going to make the corner and you’ve got to go across. Everyone generally has gone across those kerbs and I’m not quite sure why Max didn’t.”

Ironically Verstappen had the same complaint about Hamilton at Monza, saying: “He ran me a bit too much out of road.

“He cut across already after the white line and I had to go onto the green part to not touch, and I went around the outside.

“And of course you realise I was going for it, so he just kept on squeezing me, and I wanted to work with him because I wanted to race.”