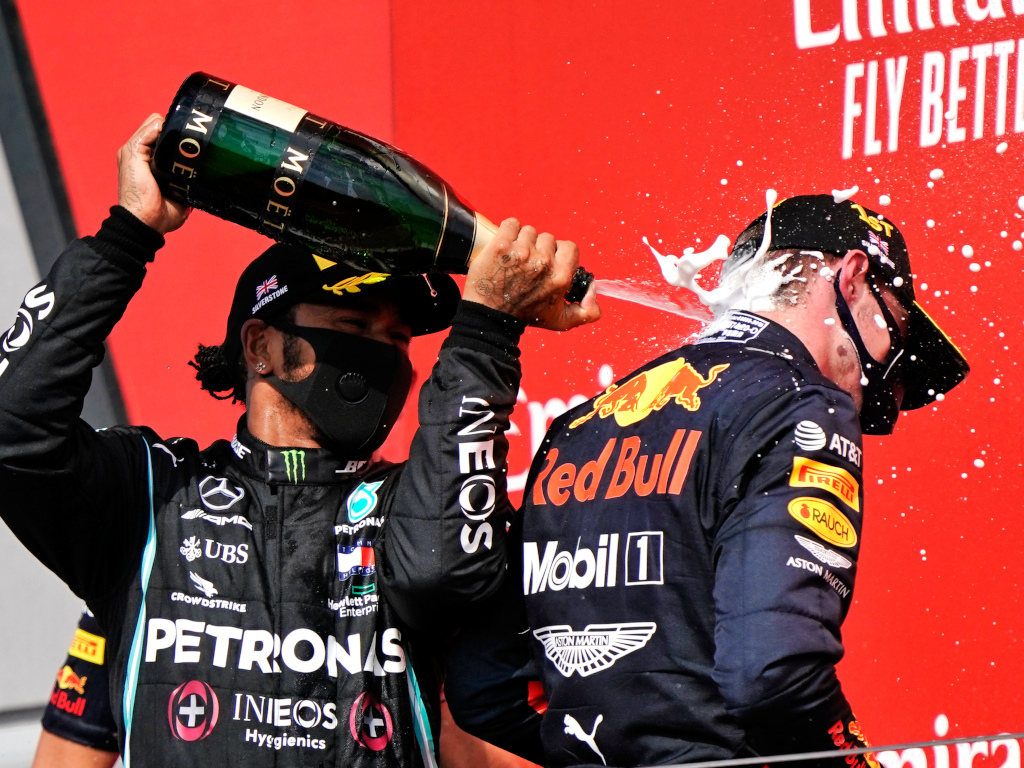 Lewis Hamilton says he’s up for a fight with Max Verstappen for the World title, adamant he wants a “challenge”.

Racing to the victory last time out at the British Grand Prix, Hamilton had a comfortable Sunday afternoon that meant he took a 30-point lead in the Drivers’ standings.

He said at the time: “I’m a through and through racer at heart. I’ve grown up, particularly when you’re in karting, you’ve got the wheel to wheel racing, that’s what has always excited me, that’s what gets me up in the morning.

“This is not the championship fight I would have hoped for. I’d much, much prefer to be having a super close battle with these two here (Max Verstappen and Charles Leclerc) because that’s what gets me going.

“I really, really hope in the future it’s closer.”

One week later and Hamilton got his wish.

In a race dominated by tyre wear, it was Verstappen who emerged victorious as he ended Mercedes’ run of four-successive race wins.

The Dutchman used an alternate strategy, starting on the hard tyres, to come from fourth on the grid to win the race by 11 seconds over Hamilton.

Rather than be upset, the Brit has applauded Verstappen’s victory

“It’s great that Max won,” said Hamilton. “As I said before I want to have races and a challenge.

“Obviously the Red Bull seems to be quite close to us in race conditions, but that’s a good thing, and it will be interesting to see their progression through the rest of the year.

“I definitely will not overlook them. We will keep a close eye on them. It’s not going to be easy by any means. I don’t think my team has that mentality anyway.

“And maybe in the future we will get to have a bit more of a race.”

Sunday’s result, though, didn’t change Hamilton’s advantage at the top of the standings.

The six-time World Champion is still 30 points ahead of his nearest rival, that, though, is now Verstappen with Valtteri Bottas slipping to third.