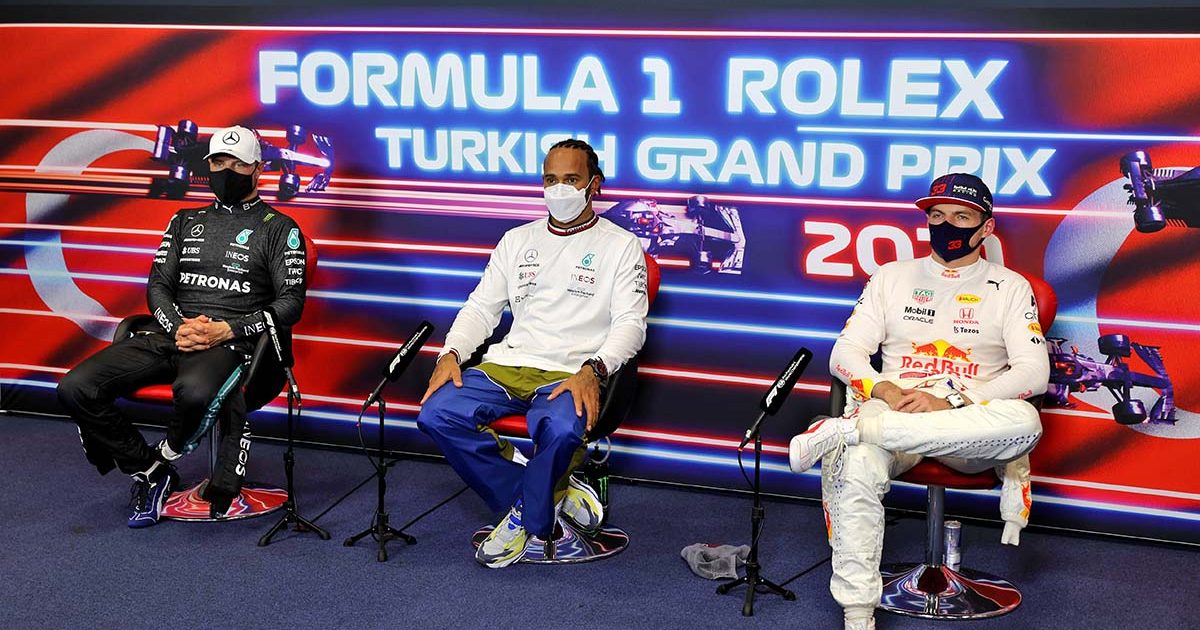 Hamilton’s time of 1:22.868 in Q3 at Istanbul Park last time out was a tenth clear of team-mate Bottas but, with a ten-place grid penalty to factor in after a new ICE was fitted to his W12, the P1 spot and the pole position award was inherited by the Finn.

That led to an interesting exchange between the two drivers, plus Verstappen who was third quickest ahead of lights out on the Sunday in Turkey.

LH: So he gets the pole.

VB: So you need to give the tyre to me.

LH: You can have the tyre. I don’t know where they go.

MV: Lewis has a few spare.

VB: Even though it was my best pole.

MV: Lewis is going to start his own tyre factory.

What a lovely gift from Lewis 😄 #F1

The trio were later asked again about the issue of pole position, which has been made complicated further with the introduction of three sprint races, where pole position gets awarded to the winner of the Saturday sprint rather than the quickest driver in the traditional qualifying format moved to Fridays.

Hamilton said that, overall, he doesn’t “really care” too much about the pole position issue, but does think that grid penalties should not have a knock-on effect on some Formula 1 statistics.

“I got pole,” Hamilton said in reply to a question asked by Autosport. “I don’t think the penalty should affect that, necessarily but I don’t really care, to be honest.

Bottas added: “I think on the sprint weekends, definitely, the fast man in qualifying should be handed the official pole award and pole position for records and also in a situation like this, Lewis had the fastest single lap.

“He was technically on pole but then after he is dropped so I don’t think it’s really fair but obviously I will happily still take that tyre – but maybe next time it will be completely different.

“Yeah, similar comment,” Verstappen concluded. “The guy who does the fastest lap should deserve pole position.”