Home News ‘Ferrari is a short-term job, Mercedes is for life’ 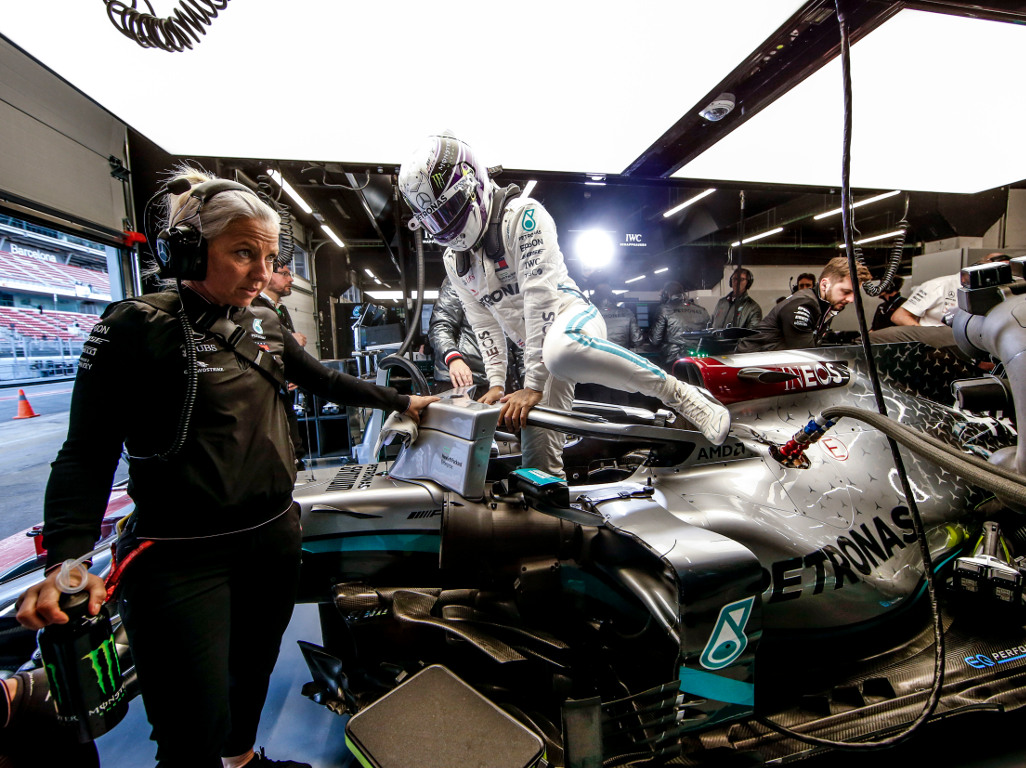 Sticking with Mercedes is “super appealing” to Lewis Hamilton, who says moving over to Ferrari would only be a “short-term” job while Mercedes is for life.

Last year he took a look at his options for 2021, meeting with Ferrari’s president on two separate occasions.

However, it seems it is only a matter of time before Hamilton re-signs with Mercedes.

Speaking to Sky Sports, he explained why he will most likely choose Mercedes over Ferrari.

“I think that [Ferrari] is like a short-term kind of thing,” he said.

“If you look at all drivers who have driven for Ferrari, obviously it’s an incredible team and obviously the car’s always beautiful red.

“I have got red on my helmet. Red is the colour of passion or love or whatever you want say.

“But what Mercedes have done for all their drivers – even Sir Stirling Moss is still a part of the team – they honour that and you become a part of a legacy and a life-long partner, which I think is super appealing.”

Hamilton joined Mercedes in 2013, taking his first title with the Brackley squad a year later.

He has since added a further four titles to his tally, which means this season he will be vying to equal Michael Schumacher’s record of seven Drivers’ Championship.

Earlier this year rumours claimed Hamilton was holding out for a bumper contract, feeling Red Bull’s decision to sign Max Verstappen to a long-term deal had limited Mercedes’ options for a star driver.

Those, however, are just rumours as Hamilton hasn’t yet spoken with Wolff about a new deal, never mind mentioned money.

“We haven’t sat down and talked yet,” he continued. “It’s crazy because there’s all these talks in the media and everything.

“I have a certain approach normally in the sense that I don’t stress. I trust Toto and we have that trust between us.

“We have told each other basically what our goals are, and what our aims are, and our commitments and so I don’t ever feel there’s necessarily always a rush.

“But sometimes Toto’s like ‘is everything ok?’ So we always keep the channel open and I’m sure in the near future we’ll start to sit down. But I don’t feel stressed.”