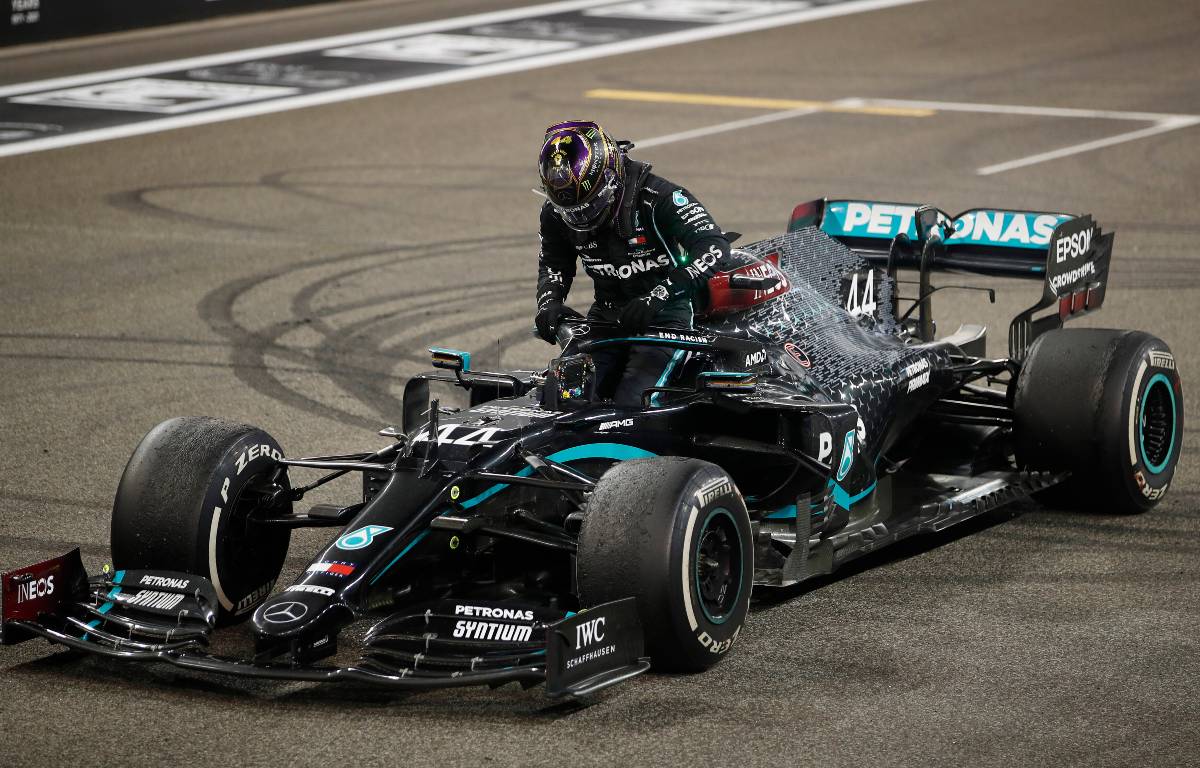 At long last the news arrived confirming that Hamilton would continue with the Mercedes team for 2021 and pursue a record eighth World Championship, while the Silver Arrows look to make it eight Drivers’ and Constructors’ title-doubles in a row.

As part of the contract, Hamilton and Mercedes will “begin a longer-term project to take the next step in our shared commitment to greater diversity within our sport”.

But many were surprised by the fact that Hamilton signed only a one-year extension, including Brundle.

“It’s an unusual announcement for such a team and such a driver it must be said, a one-year deal,” Brundle told Sky F1.

“It’s almost as if ‘right the season is nearly upon us, we are testing next month, you have got to get sat in the latest car, we need to get on with this’, so a one-year deal has been announced.

“And interestingly the foundation, of course Lewis created a commission in the middle of last year as well which will work in tandem, and presumably some overlap as well on the diversity and inclusion issue.

“But it is about the racing right now in terms of you have got to get into the car and get going.”

Another season with @lewishamilton to unleash #TheEnergyWithin! 👑

What this one-year deal does in Brundle’s eyes is keep Mercedes’ options for the 2022 campaign completely open.

Both Hamilton and team-mate Valtteri Bottas will be out of contract, as will George Russell over at Williams, the Mercedes prospect who is widely tipped to graduate to the team in the near future.

Even Max Verstappen could be an option says Brundle. The Dutchman is under contract with Red Bull until the end of 2023, but Mercedes team principal Toto Wolff is known to be an admirer of his talent.

“So only a one-year deal that leaves Lewis Hamilton, Valtteri Bottas his team-mate and George Russell, the young driver of course who led when Hamilton was sidelined with COVID back in Bahrain, who is also on the Mercedes books, all out of contract at the end of next year,” Brundle explained.

“And maybe one or two other bandits like Max Verstappen for example could be on the market, so it means clearly at least one of the parties wanted to keep their options open going forward.

“I suspect that was Mercedes-Benz, and so they put it to bed for this year, and then they are saying that they will sort 2022 out somewhat earlier.”