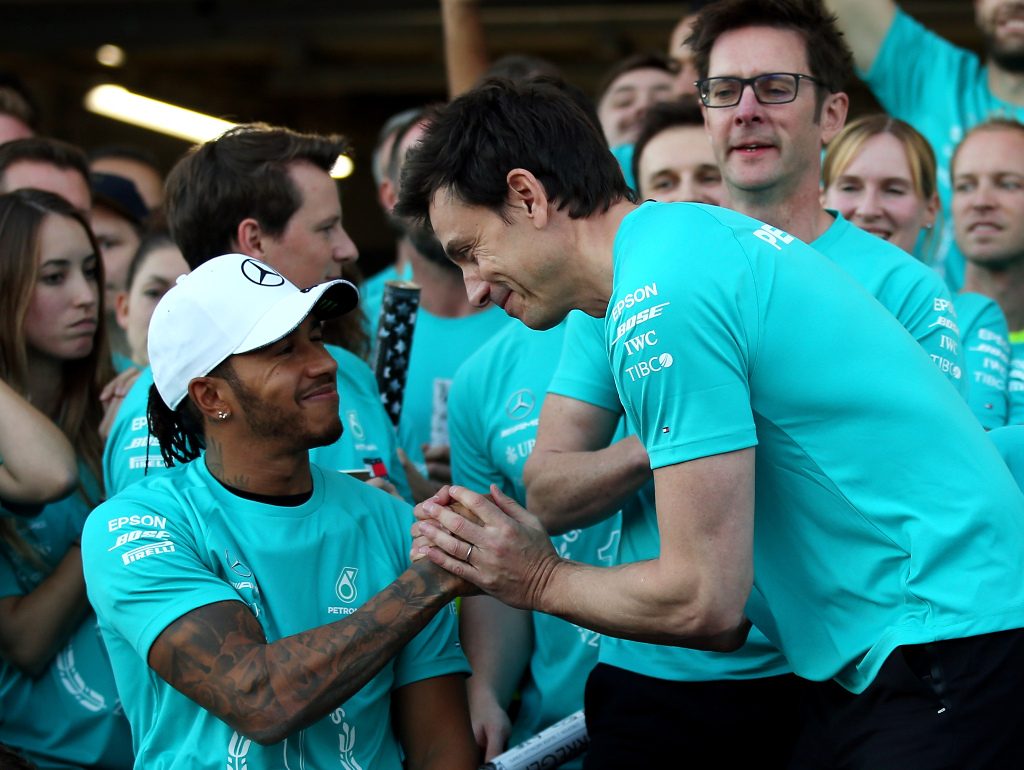 Lewis Hamilton, Mercedes and MotoGP’s reigning champion Marc Marquez are all among the nominees at this year’s Laureus Awards.

Hamilton and Marquez will go head-to-head in the World Sportsman of the Year category.

Marquez secured his sixth MotoGP World Championship in 2019, winning an incredible 12 of the 19 rounds to take the title by 151 points over Andrea Dovizioso.

Back in the world of Formula 1 Hamilton also secured his sixth Drivers’ Championship with a dominating season, winning 11 races as he wrapped the title up with two races to spare.

Hamilton is now second on the all-time winners’ list in F1 with 84 career victories, just seven behind Michael Schumacher. He will look to challenge both of those records in 2020.

Neither Hamilton or Marquez have won the award before and they will face stiff competition this year from long-distance runner Eliud Kipchoge, footballer Lionel Messi, tennis player Rafael Nadal, and golfer Tiger Woods.

Mercedes meanwhile are nominated in the Team of the Year category.

The Silver Arrows collected the award back in 2018 for their title-double in 2017 – they were also victorious in 2010 for the same achievement under their former identity as Brawn in 2009.

After securing the Drivers’ and Constructors’ Championships for the sixth season in a row Mercedes could easily scoop the award again, but Liverpool Football Club, South Africa’s rugby team, Spain’s men’s basketball team, basketball’s Toronto Raptors and the United States Women’s Football Team are all out to stop them.

Speaking to Sky Sports, two-time Formula One World Champion and Laureus Academy Member Mika Hakkinen said: “Lewis continues to dominate Formula One with the excellent Mercedes car he is driving. They both deserve their nominations. Whatever changes the sport makes, Lewis and Mercedes always seem to adapt.

“Congratulations to both of them. The big question everyone wants to know now is whether Lewis can pull level with Michael Schumacher on seven world titles next year. At the moment you would have to say it seems likely. It will make it an interesting year.”

This year’s ceremony will take place on February 17 in Berlin.