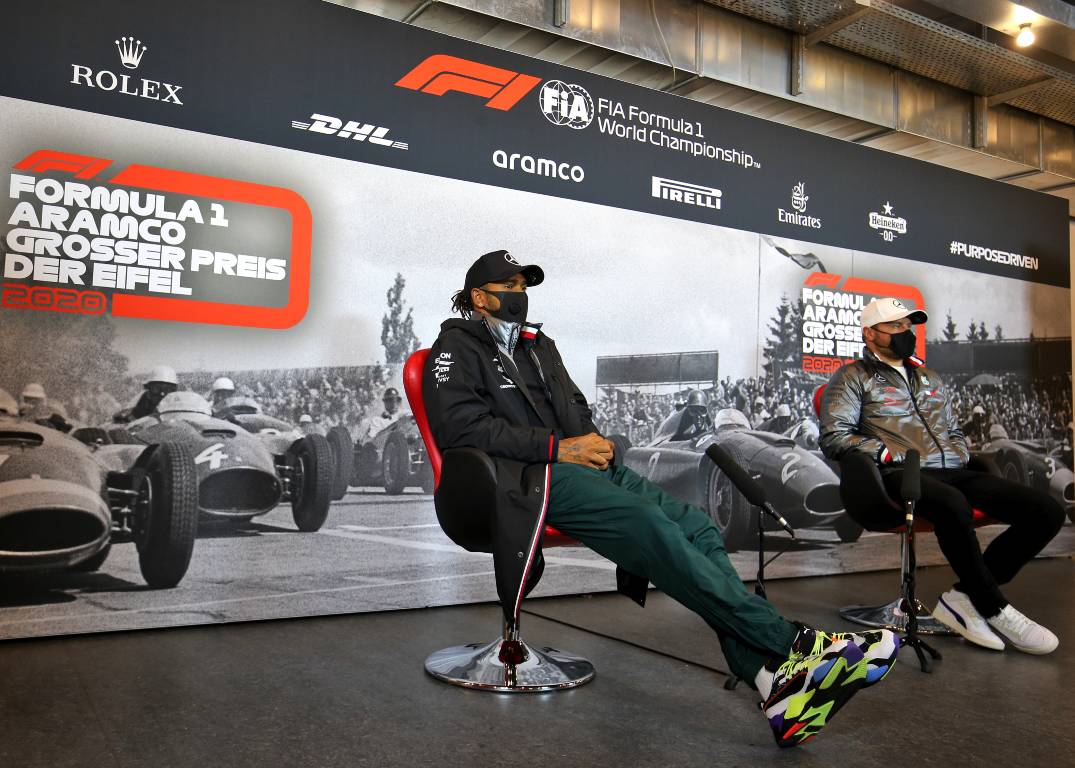 Lewis Hamilton has admitted it is “definitely a concern” that a Mercedes team member has tested positive for COVID-19 ahead of the Eifel Grand Prix.

Mercedes issued a statement on the eve of the race weekend at the Nurburgring confirming the news, adding that the case “is being handled in line with FIA protocols”.

There was no indication of who had tested positive. It was certainly not Hamilton or fellow driver Valtteri Bottas, who both appeared for their media commitments – and the World Champion, speaking at the duo’s press conference, hinted the person was male.

“Naturally it’s sad to hear that, for the guys that work so hard,” said Hamilton, who goes into round 11 of the 2020 World Championship with a 44-point lead over Bottas in the standings.

“I can’t say what it’s going to do to the weekend. We have a lot of great people within our team, it’s not just about one person, so we’ll try to make him proud this weekend and it will take a lot of work to make sure we continue on without any disturbances.”

We can confirm that a team member has tested positive for COVID-19. This has been handled and is being handled in line with FIA protocols, working closely with the FIA.

Bottas said that from a driver’s perspective, the worst case scenario would be to test positive as Racing Point’s Sergio Perez did before the British Grand Prix at Silverstone, which he had to miss along with the following week’s 70th Anniversary Grand Prix.

“I think as a driver, the last thing you want is to get it,” said the Finn, who won the Russian Grand Prix two weeks ago.

“It would definitely mean missing at least one race, maybe more, and we have one example of that already, so of course being as cautious as you can – following the protocols and trying to be sensible and staying in the ‘bubble’.

“I think sometimes it can be a matter of luck because it’s pretty contagious, but we’re all trying to do the best we can not to get it.

“Of course it’s unfortunate that one team member got it but I fully trust how the team is handling everything. I think we are following all the protocols and doing everything we can to make sure it stops there in that one case.”