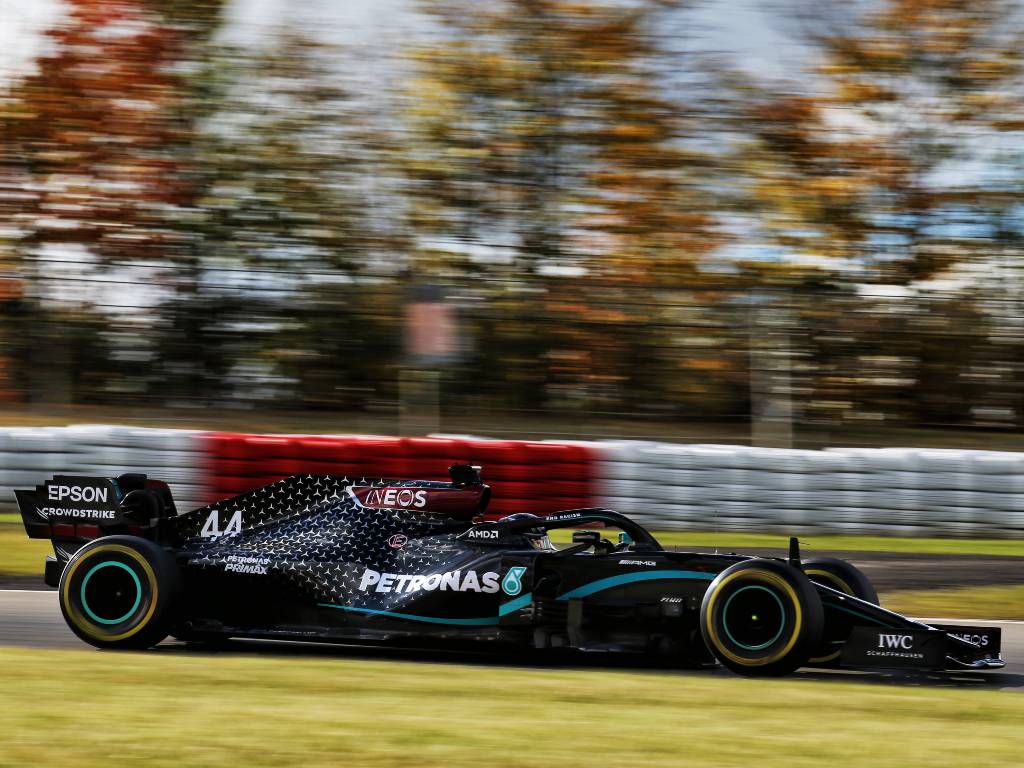 Lewis Hamilton has revealed he wanted to do “something different” and start the Eifel Grand Prix on the medium tyres rather than softs.

The World Champion qualified second at the Nurburgring behind his Mercedes team-mate Valtteri Bottas at the end of what was a three-way fight for pole position that also involved Red Bull’s Max Verstappen.

In Q2, both Mercedes drivers initially went out on the medium tyres and Hamilton’s time would have been comfortably good enough to send him through.

But then he, Bottas and Verstappen went out again on the softs and the Mercedes duo set their fastest times on those tyres, which means all of the first three on the grid will start the race on the same compound.

Referring to the medium tyre, Hamilton said, quoted by RaceFans: “I could have got through on that tyre. I wanted to start on it just because I always like to do something different. But the team chose for us to both be on the same tyre.”

However, Hamilton is confident the team had done the right thing, adding: “I’m sure it’s the right choice. I think the other one would have been a little bit hard.”

LEWIS: “It’s an amazing circuit. It’s definitely great to be back here. There’s a lot to play for tomorrow – I need to get my head down"#EifelGP 🇩🇪 #F1 pic.twitter.com/IME5UL5Qxw

Hamilton, who leads the World Championship standings by 44 points, insisted he was “pretty chilled” despite having missed out on pole position – but did admit he was perplexed as to why his car had lost some pace in Q3.

“The car wasn’t the same in Q3 as it was in Q2,” he said. “I’m curious as to what led us to lose a little bit of pace but you don’t have to get them all, so I’m pretty chilled.

“I feel okay. Valtteri did a great job and I’m happy for him, but Max was really close today and I think Red Bull have made a good step forward. They could be faster than us tomorrow, who knows, so it will be a real challenge for sure if it’s this cold or even colder potentially.”

Hamilton also praised his Mercedes team for the way in which they had responded to two staff members having tested positive for COVID-19, with six more being parachuted in to bolster the numbers at short notice.

“I hope the guys are okay,” said Hamilton. “It definitely has been a hit in terms of operation but the guys that have come have done a fantastic job, they are super-professional.

“It’s not that they haven’t done weekends or any of their training, but of course to be called up at the last minute is a lot of pressure. But I think they have done am amazing job today, so really proud of them.

“What’s been difficult is that we’ve not been able to go over in the garage and mingle and keep that relationship going. I think the whole COVID situation makes it a lot harder to keep that social bonding you would usually have, but we are still all focused on the same goal.”