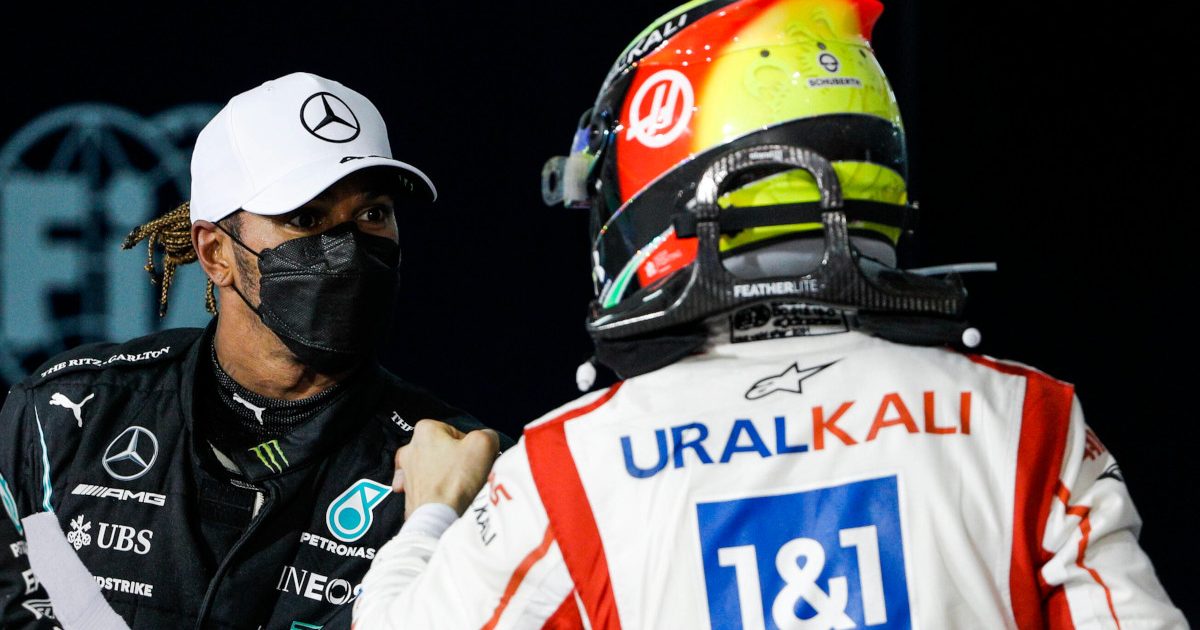 It is not just Sebastian Vettel who Mick Schumacher turns to for advice, the Haas driver revealing he’s also spoken with Lewis Hamilton about “certain things”.

But what those things were, he’s not saying.

Entering Formula 1 this season, Schumacher has found himself on the grid with drivers that he first met when he visited the paddock as Michael Schumacher’s son.

One of those, Hamilton, was in fact the man who replaced Michael at Mercedes when the German decided to retire from the sport for the second and last time.

It is clear from the times that Schumacher and Hamilton have been spotted together in the paddock that the two get on well with Schumacher revealing the Briton is “very open” to offering guidance.

“Yeah definitely he’s always been very open to giving advice to help me in the position I was in,” he told Crash.net.

“Also, already back in the day, when my dad wasn’t with Mercedes anymore, I did get the chance to come to a few races and see him there.

“It’s been definitely nice knowing that when when he had time he was able to talk to me about certain things. Those conversations are obviously private. Some of it is related to racing but most of it is just on a friendly basis.”

It is, however, his friendship with Vettel that created many a happy headline during the 2021 season.

Here's the behind the scenes from when Mick drove his dad's first F1 car – the Jordan 191 💚💙#HaasF1 pic.twitter.com/6XNmg9CZoB

Vettel has stated several times that Schumacher’s father, Michael, was his boyhood hero with the four-time World Champion often going to his compatriot for advice during his early years in Formula 1.

Now Vettel gets to pay it back.

Schumacher said of his support: “It’s definitely great. But more so than being my mentor, he’s my friend.

“I think that is something which is much more valuable to me. That’s the more important part to me.”

This year the 22-year-old will once again be racing for Haas but admits it is his dream to one day race for Ferrari.

Schumacher is backed by Ferrari’s junior programme and could yet make his Ferrari debut this season as he will fill the role of reserve driver for the Italian stable.

“I think in general it’s a dream for everybody to race for Ferrari,” he said. “I think anybody would like to race there.

“But obviously my thoughts are very much on the here and now and trying to do my best job in the position that I am in with Haas. For sure hopefully with a better car we’ll be able to take the maximum out of it.”