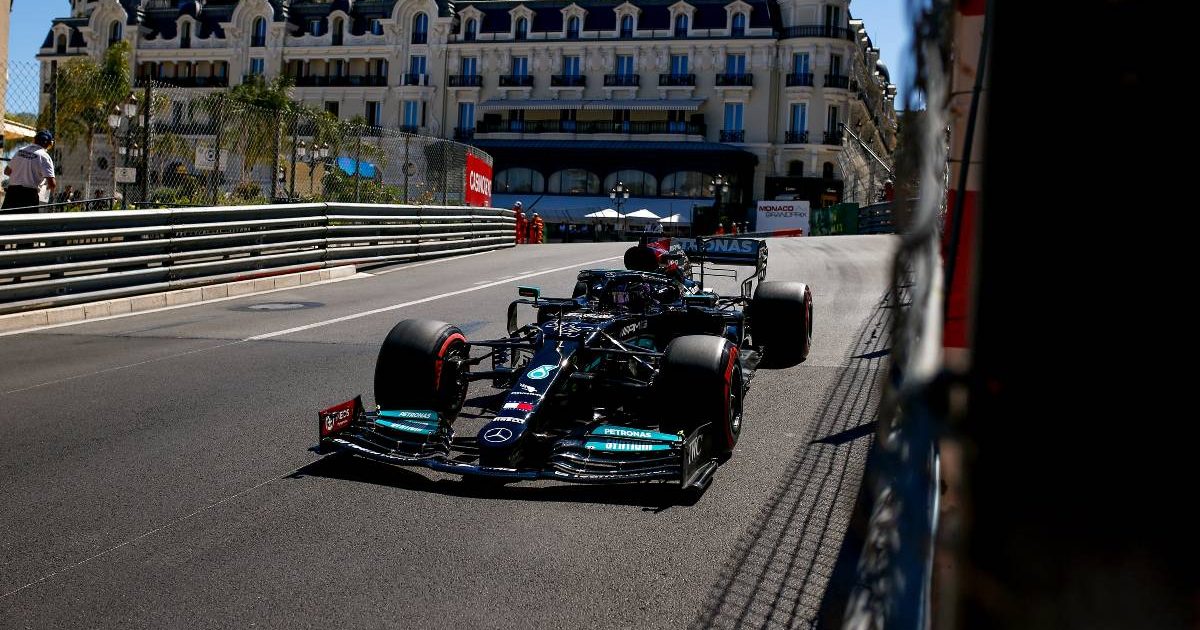 Lewis Hamilton had hoped set-up changes would boost his qualifying chances in Monaco, but that plan certainly did not work out.

The Monaco Grand Prix is an important race weekend in the 2021 title battle. This venue is truly an anomaly, and an opportunity for Verstappen to slow Hamilton’s momentum after three wins in the opening four races.

But few expected Hamilton to struggle so badly in qualifying as he slumped to P7 on the grid, 0.75s off the pace of pole-sitter Charles Leclerc.

Mercedes had battled across the weekend to get their tyres up to temperature in the rather modest Monaco heat, but after Hamilton made set-up changes to address the issue, it actually left the W12 feeling “pretty terrible” come qualifying. That coming after the issue had not actually felt too bad in Thursday practice.

Sadly when it comes to overtaking difficulty, Monaco is comfortably right up there at the top of that particular list.

And so, Hamilton already has ruled out delivering a heroic victory at the 2021 Monaco Grand Prix.

“It’s almost impossible to overtake, from where we are it’s pretty much the case, when everyone’s on the same speed,” he told reporters.

“Saturday is the day so obviously that really does put for sure the win out of reach, but I guess the minimum will be hopefully seventh.

“Then we’ve got to try and somehow see how we can move forward.

“We’ll go back to the drawing board, I think from my point, I just had such a lack of grip which then leads you to try to kind of overdrive and start pushing to get more from it, but it just doesn’t improve.

“So yeah, difficult one. Obviously, Valtteri was able to get something out of it. But I think we’ve definitely had some problems today.”

It may not be pole, but you can be sure @MercedesAMGF1 will keep their #InnerCool & try to push for progress in tomorrow's race! 😎 pic.twitter.com/S6tBrVEBfR

Qualifying ended with Leclerc in the barriers, which ironically secured him pole position since all other flying laps had to be aborted under the red flags which followed.

Max Verstappen lost out badly as he looked very much on course to snatch pole for himself, but Hamilton told Ziggo Sport that he was preparing to return to the pits anyway with no expectation of improving on P7.

“No, that was a disaster for me, I was going to come in anyway,” he confirmed.

“Tomorrow afternoon, it’s a long, long day. Not the most exciting, potentially, but I’m hoping to try and see if we can move forwards.”