Home News Hamilton ‘not that great’ around Mugello yet 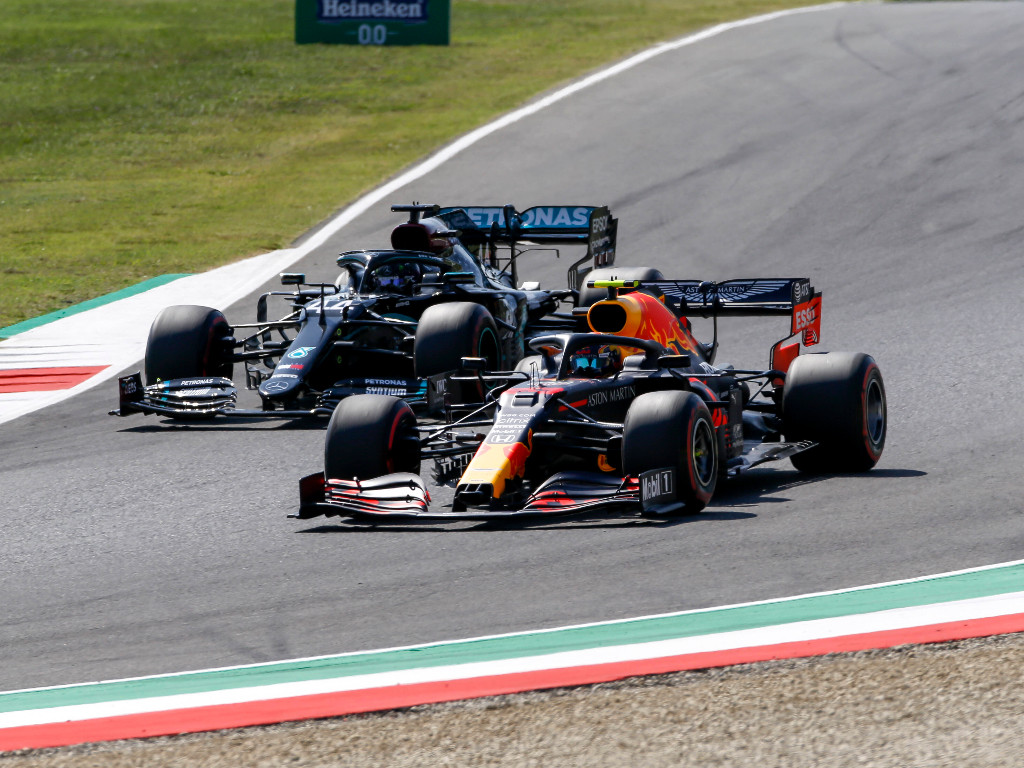 Lewis Hamilton admitted that he has a lot of work still to do after Friday practice at Mugello ahead of the Tuscan Grand Prix.

Mugello is hosting its first Formula 1 race, meaning nobody on the grid comes to the circuit with any meaningful recent experience other than the Ferraris since they own the track.

It was no surprise to see Mercedes on top in FP1 and FP2, but so far Valtteri Bottas has looked much more comfortable around Mugello than Hamilton.

The six-time World Champion was half a second slow than his team-mate in FP1, before narrowing that deficit to 0.2s in the afternoon session.

So, Hamilton has been left under no illusions that he has work to do.

“I like it, it’s fast. It’s definitely a real challenge, just I’m not that great at it just yet, but I’m working on it,” he told reporters.

“I’m trying to push it to the limit. I think there are sections like the last sector, I’ve got that sorted and pretty happy with that.

“The first and second sector are a little bit weak for me, but particularly the first sector. There’s plenty to come in that section.

“Max [Verstappen] and Valtteri are very quick through there so I’ll do a lot of studying tonight and hopefully I’ll rectify that tomorrow.”

Verstappen has already taken to the “very cool” Mugello circuit, and Hamilton was keen to sing its praises some more.

“It almost feels like Turkey, the triple left hander whatever it is there, it is incredibly fast through the first, 6, 7, 8, 9, it’s intense,” he said.

“I have to say it’s amazing to experience it. It’s going to be difficult to look after the tyres through that section but everyone is in the same boat.

“On the long run it’s one of the most physically demanding circuits that we’ve been at for a while, particularly with those double right-handers, most of the time we’re flat out through those sections, and it’s just holding your neck the whole time. I love that.”

🇮🇹 #TuscanGP FRIDAY ✅@ValtteriBottas is the quickest man around Mugello 🚀, whilst @LewisHamilton makes it a #PETRONASmotorsports 1-2 🤜🤛

Bottas was also feeling the love for Mugello after dominating the action on Friday.

“A lot of fun, it’s really cool and especially once we go after Turn 1 the whole section with those high-speed chicanes, the second sector is amazing, so really enjoyed every single lap.

“It’s one of the most physical tracks no doubt, and I still think we will only see it in the race distance once the fatigue starts to build up.

“In the first session I struggled quite a bit with understeer, still in the second session in places we can do better, but I still think there’s quite a bit of lap time to unlock.

“Always at a track where you haven’t been driving in an F1 car you can find pretty big gains from one day to another so for sure from the car, but even more so from the drivers we need to find that performance.”