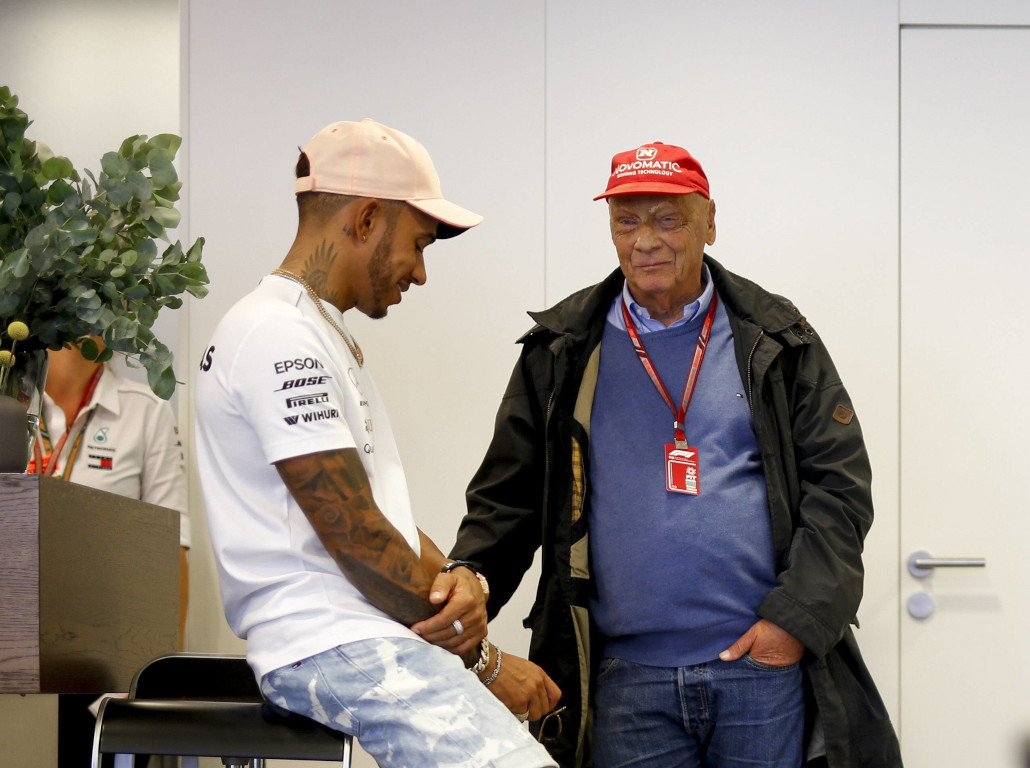 Lewis Hamilton has paid tribute to the late, great Niki Lauda on the one-year anniversary of his sad passing.

Hamilton and Lauda forged a great relationship over the years and Lauda played a huge part in bringing the now six-time World Champion to Mercedes in the first place.

Lauda was a colossus figure in Formula 1 and is dearly missed by everyone, and Hamilton only has the greatest memories of one of sport’s biggest icons.

“Niki is someone who I miss and who I think we all miss dearly,”Hamilton said in a video tribute released by Mercedes.

“It is a difficult subject to talk about; someone you are so fond of and someone that ultimately the world has lost but I have only the greatest memories with Niki.

“Probably the most fond memories I have are from my first conversations. We started talking some time in 2012 and I just remember being home during the day, having a call from Niki and he is trying to convince me to come to the team.

“It was very cool to have a call from a world champion and an icon like Niki.

“Definitely to have the support of someone like Niki demands a huge amount of respect and shows that there is a mutual respect there because obviously I thought perhaps he didn’t necessarily value me as a driver but he did.

“Then we sat together in Singapore, he came to my room and we had a good conversation and I think that was the time when Niki was like, ‘Oh my god, you are just like me in so many ways. We have actually a lot more in common than I anticipated and assumed’.

“Probably he would have thought to himself: ‘Actually I shouldn’t jump to conclusion about people necessarily’. From then on, we had a really great relationship.

“We would talk often after the races and he would be asking things like: ‘Hey, Lewis, what do you need to be better? What do you need?’ He was always chasing. If I was to learn anything from him it would be that.

Hamilton added: “I got to see him in Switzerland not too long before he passed and he was still thinking about racing. All he could think about was ‘How do I get back to racing?’

“I think it gets a hold of you, racing, it is something that never leaves you, even if you do stop driving at some stage.”