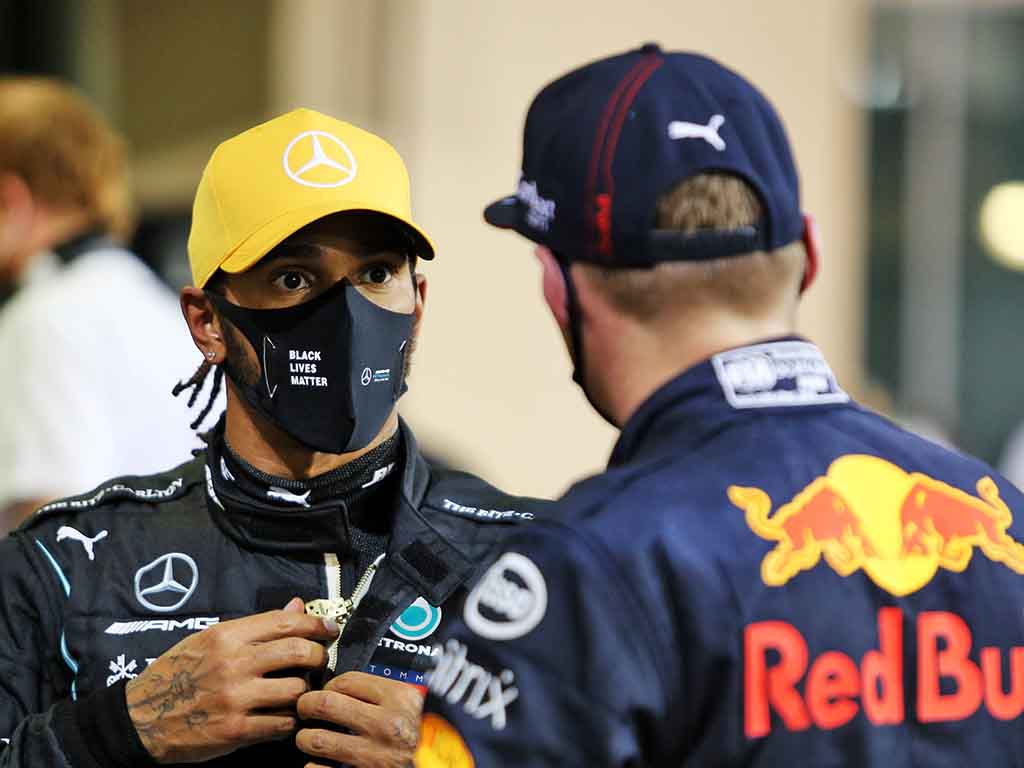 Lewis Hamilton has said he is still not back to full fitness after only being able to claim P3 on the starting grid for the season finale in Abu Dhabi.

Hamilton was back in his W11 car for the first time since he tested positive for the virus after the Bahrain Grand Prix and forced him to miss the second Bahrain race known as the Sakhir Grand Prix.

But, after testing negative, Hamilton was cleared to return to action for the last race in a season where he clinched a record-equalling seventh World Championship title.

However, it has not been a straightforward weekend for him as he has not been totally comfortable in the car and has tried to juggle that with feeling 1oo per cent again after experiencing mild symptoms related to Covid-19.

Just 0.086s separated the top three after a thrilling Q3 session, but whilst we are so used to seeing Hamilton on top of the pile, he was third on this occasion behind pole-sitter Max Verstappen and team-mate Valtteri Bottas.

Lewis 💬 “Congrats to Max. We’ll be ready to give him a run for his money tomorrow” 💪 #AbuDhabiGP pic.twitter.com/ABwFIJHpLs

“I said earlier in Australia just how serious the virus is,” Hamilton told reporters after qualifying. “I can really feel for those who have suffered from it, those that have lost loved ones from it.

“It’s a nasty virus. I’m not 100%, I still have some feeling within my lungs. But nonetheless, normally I would drive even if one of my arms was hanging off, that’s what we do as racing drivers and luckily that’s not the case.”

He added to Sky Sports F1 in the Abu Dhabi paddock: “Today was definitely hard. Actually I think both yesterday and today have been the hardest days I’ve probably had in the car this year.

“But I gave it everything I could. It was just not the perfect laps and not the usual me. I think I struggled with the car but it was close between us all.

“It’s not miles off at least. There’s work to do for tomorrow but lots of opportunity.”

Hamilton saw a lap time deleted in Q1 for exceeding track limits at the final corner and he revealed that he did have some floor damage as a result of aggressively riding the kerbs.

However, Hamilton doesn’t think that was the difference between him finishing on pole and the P3 position he was able to secure.

He added: “It did have a little bit of damage,” he said. “It’s the first time I’d gone wide there all weekend.

“There’s just a little bit of damage to the floor but I don’t think if that hadn’t have been damaged then I would have got pole.

“I’m sure it doesn’t help but nonetheless the guys did a good job to get it patched up and they’ll fix it overnight.”