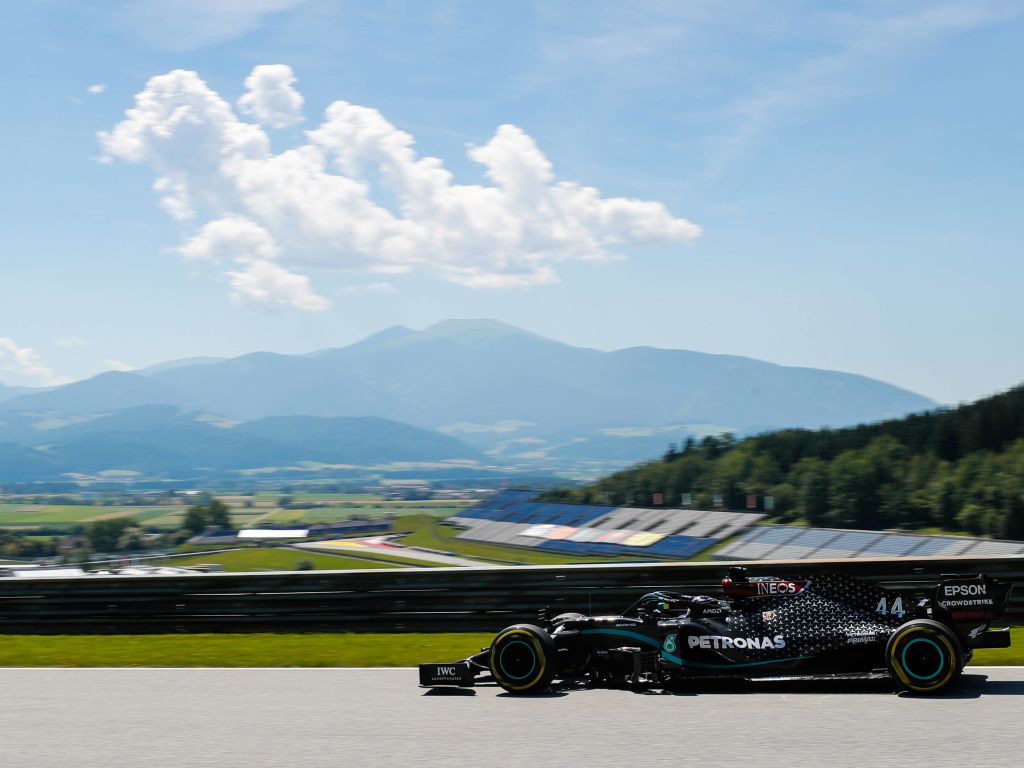 Lewis Hamilton is desperate to avoid starting the Austrian Grand Prix from P6, so is going to try and create a “dry dance”.

With torrential rain forecast for Saturday there is a chance that qualifying could be scrapped and the results from FP2 could be used to form the grid for Sunday’s race.

Such a situation would see Red Bull’s Max Verstappen start from pole ahead of Mercedes’ race winner from Round 1 Valtteri Bottas.

But things wouldn’t look so good for six-time World Champion Hamilton who ended FP2 in P6.

And the Briton admits starting from that spot would “suck”, so he is going to give a “dry dance” a go in an bid to bring himself some luck.

“If we have to start [there], that would definitely suck if we didn’t get to qualify,” he is quoted by Racefans.net.

“[Second practice] wasn’t great. I’d be starting further back than I was even last week.

“So it would definitely make it challenging. I’ll try to do the ‘dry dance’, if there’s a dry dance.”

P2 & P6 for #PETRONASmotorsports in the final session of the day 🇦🇹

Looks like we’ll be swapping our 🕶 for ☂️ tomorrow, as @MercedesAMGF1 return to the ring for Quali 🤞

Send us your support, Team! 👇 pic.twitter.com/PBYgMVPUSg

Hamilton was over 0.6s slower than Bottas in FP2, and he said that the W11 felt “quite far off”.

“It felt relatively normal but it was quite far off. So there’s more work that needs to go on in the background to try and figure out why,” he said.

“I was feeling good in practice one and the start of [second practice] felt pretty good. Then it started to drop off. Others out there are obviously quick and Valtteri’s obviously got good pace so hopefully tomorrow will be a better day.”

Bottas and Hamilton were driving on egg shells for most of the Austrian Grand Prix last weekend due to gearbox censor issues caused by the vibrations of going over the kerbs.

And Hamilton says he isn’t aware of this issue being fixed for the second round at the Red Bull Ring.

“Not that I know of. I think you still have to be careful,” he revealed.

“You can still damage the car quite badly over the kerbs. Whether or not it’s going to be as harsh as it was on Sunday we’ll find out.”

Bottas also said that it was a work in progress for Mercedes to move past the issues.

“The practice was really useful”, he told Sky Sports.

“The first free practice was mainly to see if we could solve the reliability problems of last Sunday’s race. The team is still looking at that, but I think we are making progress. That’s good news.”