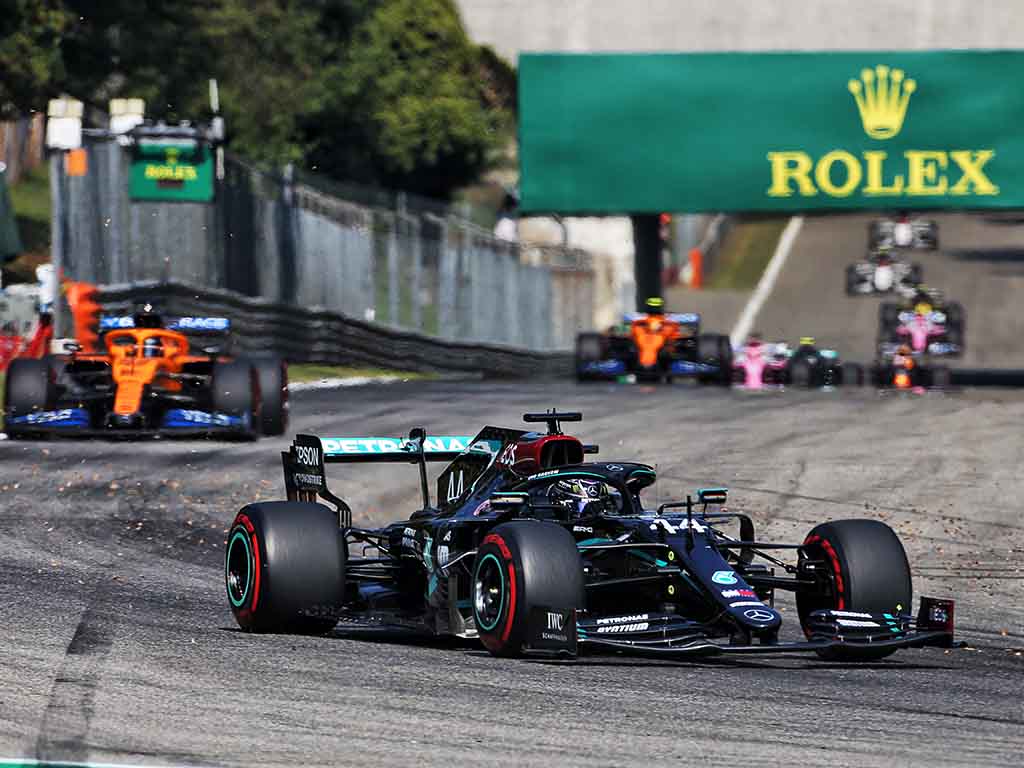 Lewis Hamilton believes that, by banning quali engine modes, the FIA made it harder to overtake at Monza and therefore damaged the racing.

When “party modes” were banned, most of the talk regarded how much it would damage Mercedes and their customer teams during qualifying.

It didn’t, as the German team easily qualified in P1 and P2 at the Italian Grand Prix. However, Hamilton does feel that it made overtaking considerably more difficult.

“We’re just in one mode, and it’s a fast mode that we would use to race on a much shorter part of the race, so the engine felt consistent,” Hamilton said as per RaceFans.

“The only thing is that it’s worse for racing in the sense of in the past you could move between modes and you had to manage the small amount of strong race engine mode because you only have a certain quota.

“It was more fun to have to manage that and manage the power and utilise it for overtaking. I would imagine that’s probably why you see less overtaking then perhaps in the past.”

At Monza, Hamilton was required to do more overtaking than in any other race this season. This is because, when running in P1, he entered the closed pit lane and was thus handed a 10-second stop-go penalty.

He came out in stone dead last, almost 30 seconds off the pack. He quickly closed this gap and managed to fight his way up to P7, but says passing his competitors was a struggle, despite his vastly superior pace.

“When I came out [of the pits] I saw that I had a massive gap and it wasn’t really closing anywhere near as fast as I’d like. I was already on lap 20-odd by the time I came out and was sure I was going to catch them at some stage,” he added.

“But then I caught up and I couldn’t get by, so it didn’t feel great that’s for sure. And I had to use up a lot more tyres to even catch the back of the train. I did the best I could.”

Despite not being too pleased with his recovery drive, it was enough to ensure that he maintained his 47-point lead at the top of the Driver’s Championship.