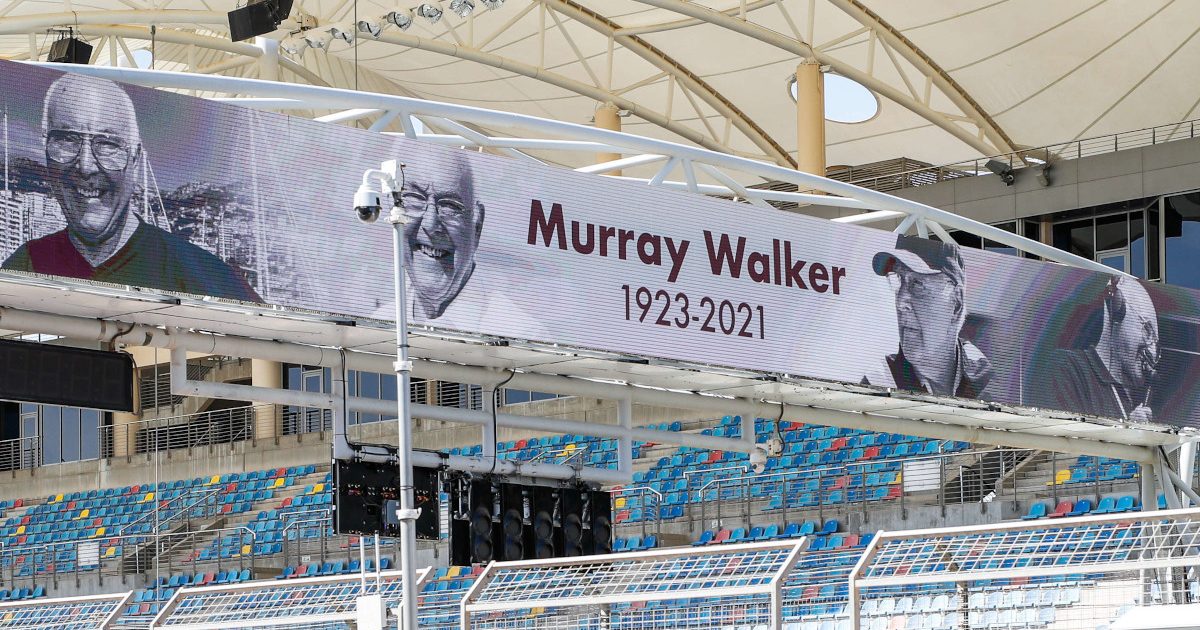 Lewis Hamilton has paid his respects to Murray Walker, recalling the “iconic voice of our sport” and a “great man”.

Walker, the excitable – and at times gaffe-riddled – commentator who was the voice of the sport for generations, died on Saturday at the age of 97.

Like many Formula 1 fans, or drivers, of a certain age, Walker was the voice that brought us the Formula 1 action.

From ‘there’s nothing wrong with the car except that it’s on fire’ to ‘excuse me while I interrupt myself’, he was as loved for his Formula 1 knowledge as he was for those gaffes.

“So sad to hear of Murray’s passing,” Hamilton said.

“I remember growing up hearing your voice over the races. You made the sport so much more exciting and captivating.

“The iconic voice of our sport and a great man, thank you for all you did, you will never be forgotten. Rest in peace.”

Attending a driver press conference during testing at the Bahrain circuit, Hamilton said what many fans think, “no-one can come close” to Walker’s commentary.

“I just remember hearing this iconic voice, growing up watching all the grands prix,” Hamilton said.

“He really made the sport exciting. There’s been no-one like him that I’ve seen on TV, that even without watching the TV, if you’re out in the room and you hear him you’re excited, it makes you want to run back in and see what’s happening.

“He is very much loved around the world, I think, and particularly in the UK. I think his contribution to the sport was huge.

“Obviously me growing up watching him through that early phase of my life, and hearing him, no-one can come close.

“So it’s naturally sad to hear his passing, but I think he’s had a long, great life. I hope and pray that I have the opportunity to live a long life like he has.”