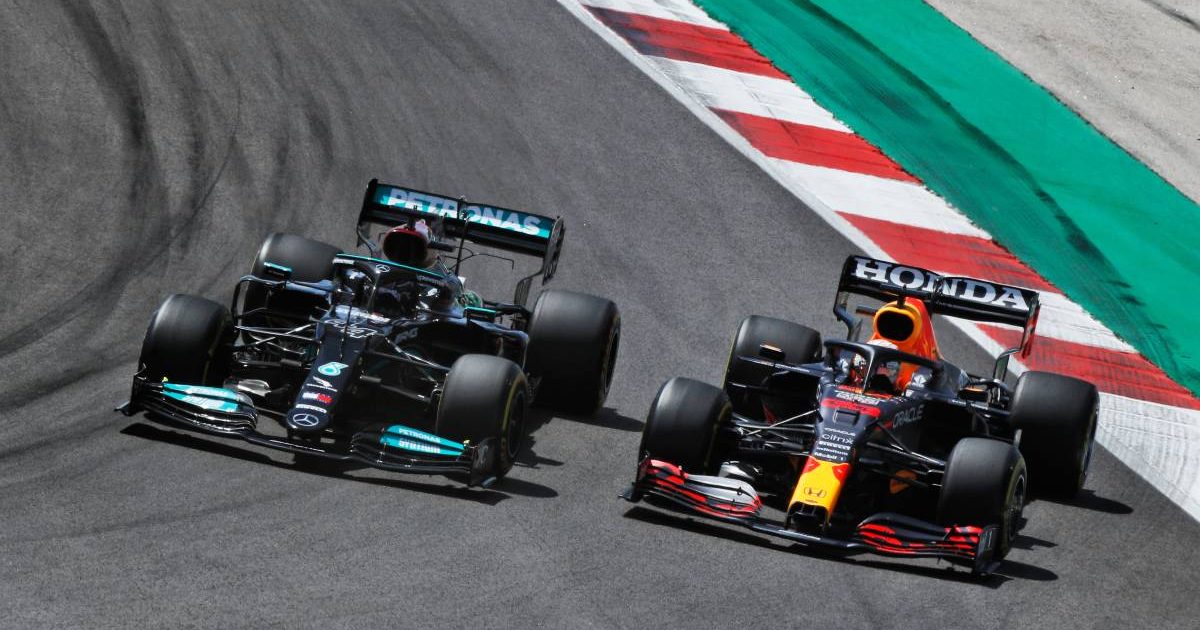 Lewis Hamilton was thankful for the “perfect” Max Verstappen mistake which helped him on his way to victory at Portimao.

An early Safety Car did Hamilton no favours as he dropped to P3 at the restart, leaving him with both Verstappen and team-mate Valtteri Bottas ahead in the lead to pass if he wanted that victory for himself.

But in an opening stint where the trio traded the strongest pace back and forth, it was a tricky moment for Verstappen in the final sector which opened the door for Hamilton to close in and later complete a pass on around the outside at Turn 1.

And after stripping Bottas of P1, Hamilton went on to control proceedings and wrap up a 97th win of his Formula 1 career. Ultimately, that Verstappen mistake was “perfect” in the eyes of his title rival.

“That was such a tough race – physically and mentally,” Hamilton told reporters.

“Just keeping everything together. It’s very windy out there, so it’s very easy to just put a foot wrong. I just didn’t quite get as good a start as Valtteri and lost out on the restart, which was not good. I was not happy about that, naturally.

“I really had to try and position myself the best that I could, I can’t remember but I think Max made a mistake at some point on the lap which was perfect, and I knew that was the lap where I was going to be as close as I could to him in the last sector.

“Then with Valtteri, I had to make the move early on before the tyres were destroyed and managed to just get him into turn one, just right on the limit. Just great racing.”

With Verstappen claiming P2 but losing his fastest lap and the bonus point due to track limits, Hamilton departs Portimao eight points clear of of the Dutchman at the top of the Drivers’ Championship.

But this title scrap is far from over and Hamilton is loving every second of it. Though he did not agree that the races are any harder now that he has true competition.

“I love it. To be honest a race is a race to me, I don’t feel like I’m working any harder than I have done in the past, I still have the distance to go,” he said.

“I wish people could feel how hard it is to do the distance and not to make mistakes. Of course when you are in the lead it’s a different vibe, and when you’re behind that is exciting for me.

“I personally love the battle, that’s what I’ve loved since I was a kid in karting. Today was very reminiscent of karting days.”