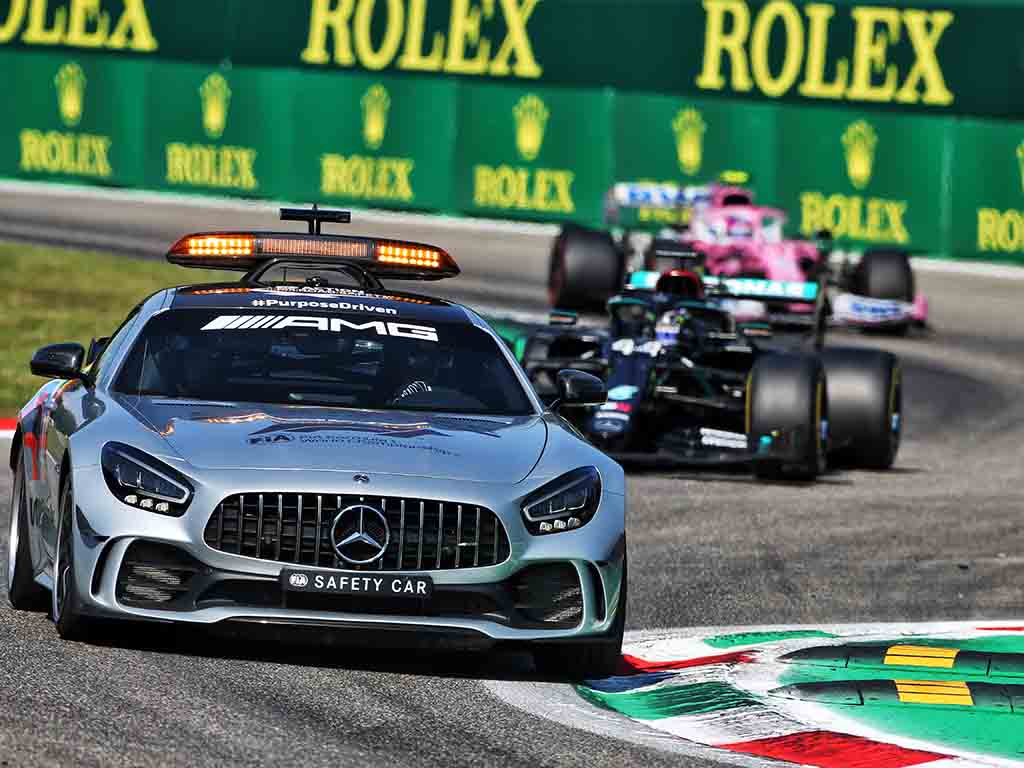 Lewis Hamilton has taken full responsibility for coming into the pits when the entry was closed to recover Kevin Magnussen’s stricken Haas.

It appeared it was very much business as usual for Hamilton and Mercedes as he cruised away from the pack at the start of the Italian Grand Prix.

But, 20 laps in, a Safety Car was deployed after Magnussen’s Haas came to a stop and Hamilton came into the pits when the pit lane entry was closed.

Both he and Antonio Giovinazzi were hit with 10 second stop/go penalties and a huge crash involving Charles Leclerc at the Parabolica ensured that the race after the red flag was wide open.

Hamilton served his penalty immediately and had a huge gap to overcome from the rest of the pack, falling from first to last.

But the Brit, who has said that he will learn from the mistake, was able to recover to P7 whilst Pierre Gasly was the shock winner for AlphaTauri.

“Firstly I need to say huge congratulations to Pierre Gasly,” Hamilton said in the Monza paddock.

“Fantastic result for him and I’ve seen what he’s been through. He was dropped from the top team and now he’s beat the top team.

“I think it’s just fantastic to see him recover and see him grow so I’m genuinely really happy for him.

“My race? Well it just wasn’t meant to be today. It was unfortunate but what doesn’t kill you will make you stronger.

“That was a long pit stop. 26 seconds I had to catch up on but once I finally caught everybody I enjoyed that little battle.

“We didn’t do a great job with the pit stop and honestly I didn’t see the boards [saying pit lane closed] so I take responsibility for that.

“It’s something I will learn from. But to get P7 and fastest lap, that is still some good points considering I did not think that was possible from being 26 seconds back.

“I’ll definitely take it and I’m grateful Max didn’t score any points so not a huge loss today.”