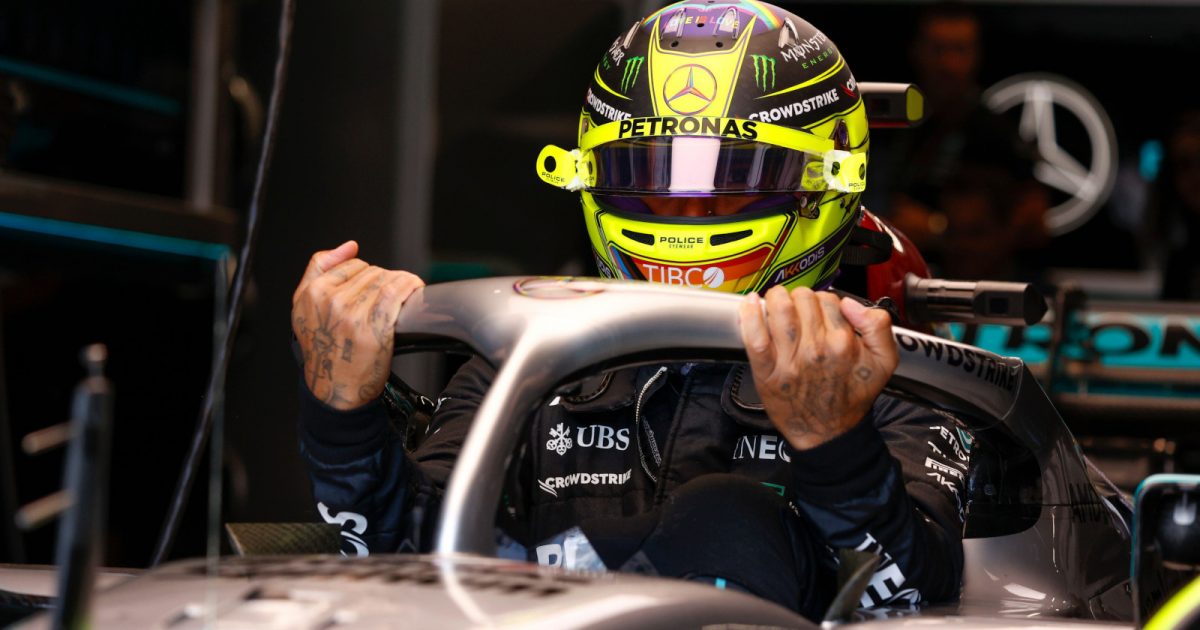 Lewis Hamilton hopes Mercedes resolve their porpoising issues and that the bouncing doesn’t play a part in deciding his future in Formula 1.

Hamilton had to be helped from his W13 at the end of the Azerbaijan Grand Prix, the British driver suffering with back pain after bouncing around the Baku circuit.

It was the second race in a row in which Mercedes’ bouncing was extreme, both Hamilton and George Russell voicing their concerns about the impact it could have on their long-term health.

Hamilton said: “When you’re experiencing 10Gs on the bounce on a bump, which is what I experienced in the last race, that’s a heavy, heavy load on the lower part and the top part of your neck.

“In terms of micro concussions, I’ve definitely been having a lot more headaches in the past months, but I’ve not seen a specialist about it.”

It begs the question, if Mercedes cannot control their porpoising will it factor in Hamilton’s decision whether or not to continue racing beyond 2023.

The 37-year-old hopes it doesn’t come to that.

"When you're experiencing 10Gs on the bounce on a bump, which is what I experienced in the last race, that's a heavy, heavy load on the lower part and the top part of your neck…" #F1https://t.co/p6v1ioHf2X

“Well, I imagined we’re going to get this fixed over by the end of next year, at least,” he said. “So hopefully, that’s not going to be something determined from racing longer.

“But time will tell.”

Earlier this week the FIA announced new measures to protect the drivers from the impact of porpoising, revealing they will be measuring the vertical oscillations.

According to Auto Motor und Sport, any car exceeding what the FIA considers to be a safe number will have to raise the car’s ride height by 10mm.

While some drivers such as Max Verstappen are against the FIA changing the rules, Hamilton has welcomed it.

“It was always interesting seeing people’s perspectives and opinions in different lights,” he said. “Obviously in front of you it’s one thing and another in the background, sometimes people say different things.

“But ultimately, I think safety is the most important thing. And I don’t think… I think there’s at least one driver in every team has spoken on it and I don’t think it’s going to change a huge amount but I think there is a lot of work to be done and it’s positive that the FIA are working towards improving it, because we have this car for the next few years.

“So it’s not about coping with the bouncing for the next four years, it’s about completely getting rid of it and fixing it so that the future drivers, all of us, don’t have back problems moving forwards.”