Home News Portimao qualy ranks ‘at the bottom’ for Hamilton 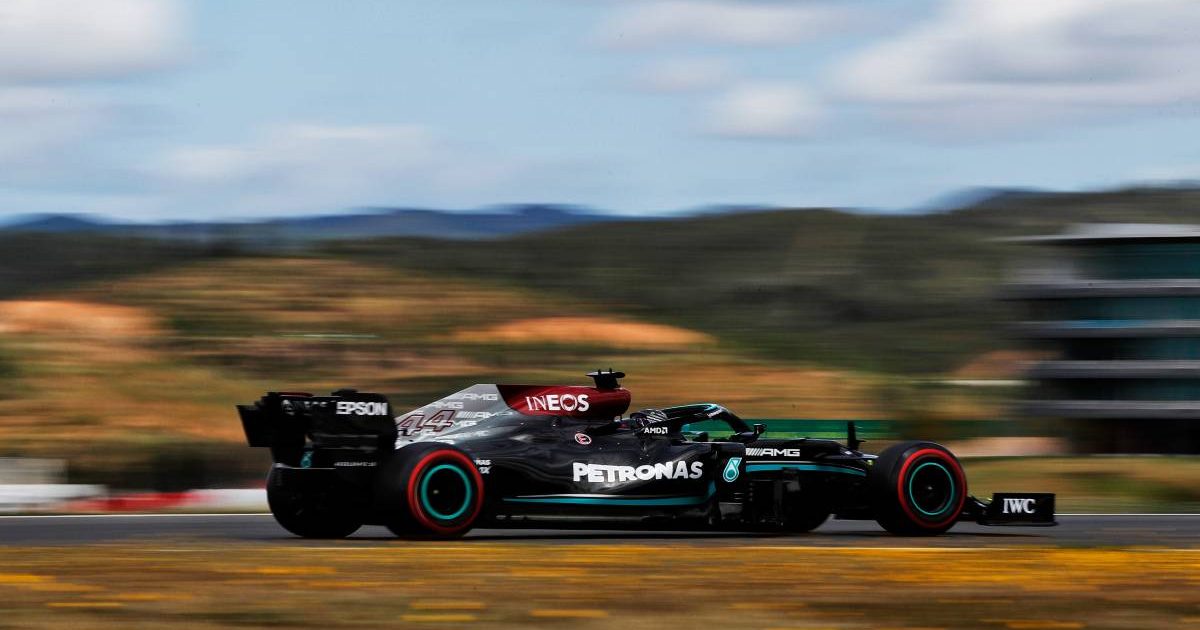 Sir Lewis Hamilton thought his Saturday at the 2021 Portuguese Grand Prix was “at the bottom of my qualifying sessions over time”.

The seven-time World Champion has qualified for an F1 race 269 times since his debut in 2007 and a front-row start alongside his pole-sitting Mercedes team-mate Valtteri Bottas sounds like anything but a disaster.

But it was a confusing afternoon at a venue which, for the second year running, has been brought into the schedule as a late addition due to a cancellation caused by the health pandemic.

Gusty winds, smooth asphalt and cars behaving differently on contrasting tyre compounds made for a qualifying session that was difficult to predict in terms of who had the edge between Mercedes and Red Bull.

However, ultimately it was the World Champions who came out on top with Bottas and Hamilton in first and second respectively ahead of a visibly frustrated Max Verstappen and his team-mate Sergio Perez.

Surprisingly, Mercedes were quicker on the mediums than the softs and strapped on yellow-marked tyres rather than red for their final Q3 run, which proved an anti-climax as none of the leading contenders bettered their previous time.

Front row lockout No. 75 for the Team in the Modern Era 🙌 #WeLivePerformance pic.twitter.com/vMELGvAPml

Hamilton, who had set a blistering Q2 lap that was 0.38sec faster than Bottas’ pole lap, was left feeling underwhelmed.

“It was so-so – this qualifying session probably goes at the bottom of my qualifying sessions over time,” the 36-year-old Briton told Sky F1. “There was honestly so much time available and I just didn’t put it together.

“It’s really tricky conditions here – the surface of the track is very smooth with not a lot of grip and the tyres, you need extra laps to get the temperature even though it’s a really nice day. One minute you have grip, the next you don’t and it’s tricky for everyone.”

On the fluctuations in performance, he added: “I didn’t understand why Red Bull were further down earlier in the session.”

A fierce battle ensued on the run to the opening braking zone in the last race at Imola, won by Verstappen, and Hamilton indicated he will give no quarter to his potential title rival this time.

“Just go all-in,” he said. “It will probably be a close battle between the three of us and I’ll try to get as close to Valtteri as I can off the start.”