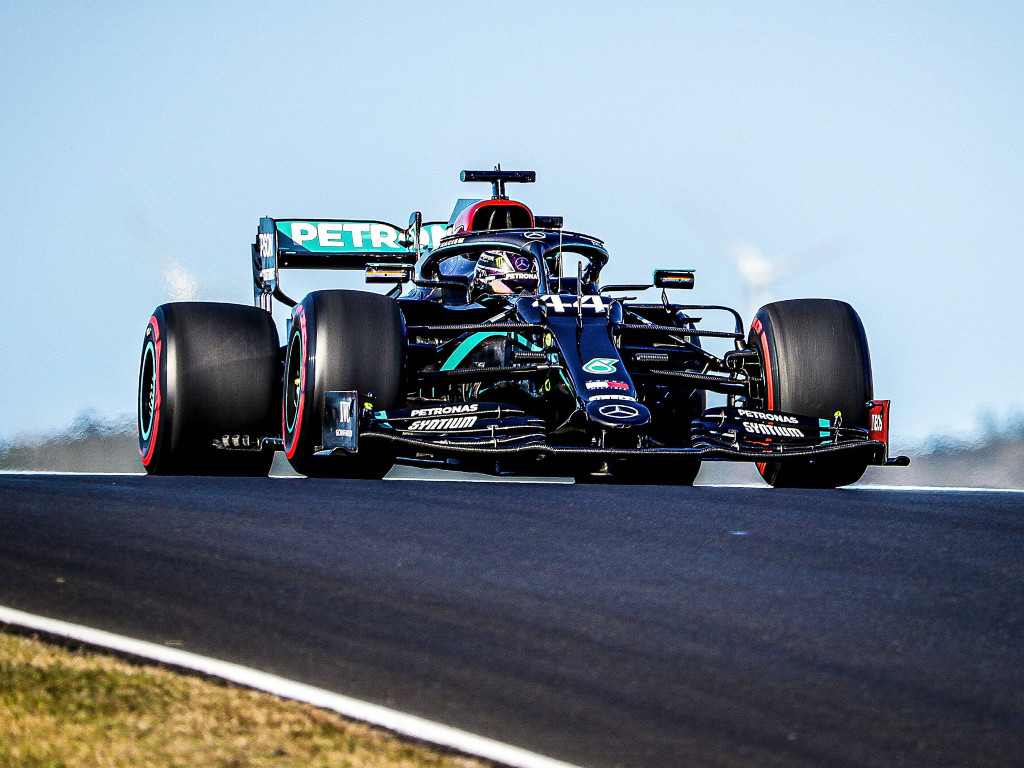 Lewis Hamilton said he had to drive the “nuts” off his Mercedes W11 to snatch pole from Valtteri Bottas for the Portuguese Grand Prix.

Bottas had topped all of the free practice sessions at the Algarve International Circuit heading into qualifying, but it was Hamilton who got the job done when it mattered most to take pole number 97 of his career by 0.102s over his Mercedes team-mate.

“I can’t tell you how hard that was today,” Hamilton told Sky F1 after qualifying.

“Yes, we’ve got a great car, but you have to drive the nuts off of it to pull out a lap, and Valtteri has been so quick this weekend, you’ve seen he’s topped every session, so I’ve just been digging and digging and digging trying to find that extra time.

“At the end there I chose to do three laps to give me a chance to have a stab at beating his time, and I think he decided to do one, so I thought ‘okay, this provides me with an opportunity and it worked’.

“That last lap, it got better and better as I went through.”

Bottas was left regretting his decision to do just one flying lap on his last run at pole, but Hamilton said both drivers had been given that strategy option by Mercedes.

“The team communicated really well with us and they gave the option to both of us, so we had the choice of going on to the soft or the medium, we both chose to go on the medium, he chose to do one lap, I chose to do three because we had the time,” he explained.

“So I got out there nice and early. The tyres are very hard here this weekend because they are the hardest of the compounds, and getting them to work here, believe it or not, is very very difficult.

“So that’s why I wanted to have an extra run just in case the first one wasn’t that great, and it worked perfectly.”

It’s safe to say the Portimao circuit is proving to be very popular with the drivers in what is Formula 1’s first race weekend at the venue, and Hamilton said it’s definitely one of the most “challenging” circuits he’s ever been to.

“So it really is one of the most challenging circuits that I think I’ve ever been to.

“And the surface is strange, I’m not sure if the fans know but each surface definitely is different that we go to.

“This is a very closed, very smooth surface and it doesn’t work the tyres the same as Barcelona for example, so that’s made it incredibly challenging to get not only the front tyres in but also the rears in.

“But the team have just continued to keep their heads down and do a fantastic job, so a big big thank you to them.”