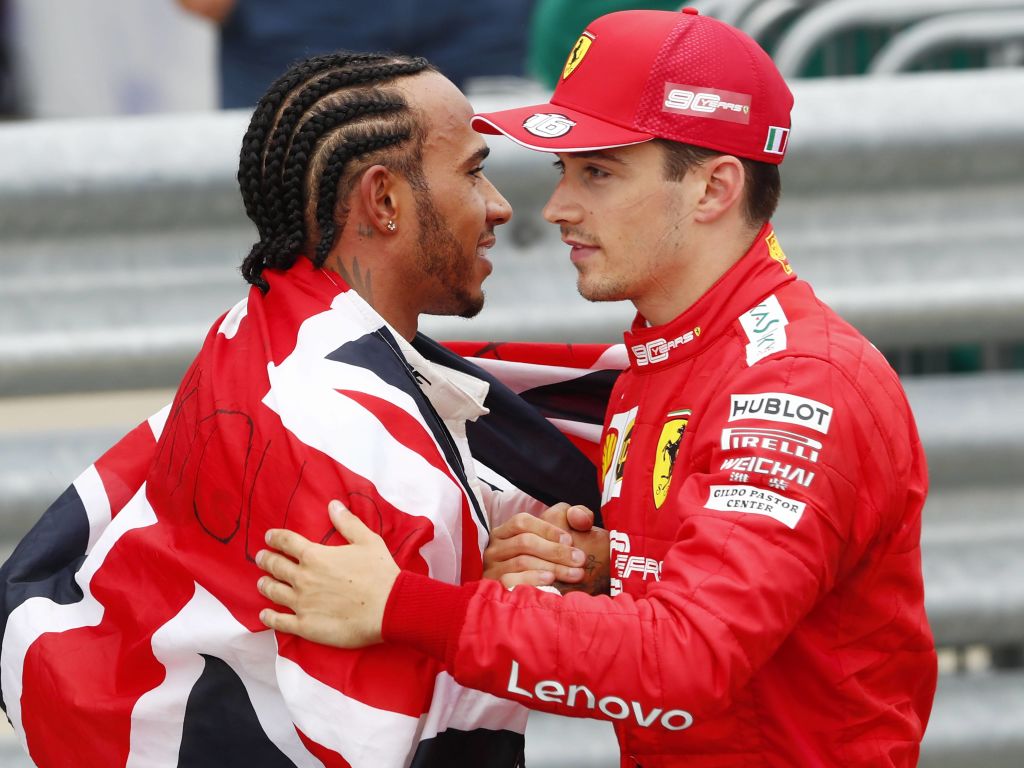 Lewis Hamilton believes there are many more battles to come in Formula 1 with Charles Leclerc and predicts “more greatness to come” for him.

Bahrain was so close, Austria was even closer, but in Belgium Leclerc finally secured the first win of his F1 career.

It was also Ferrari’s first win since October 2018 and the 21-year-old was forced to work for it with Hamilton closing in quick on the final few laps.

But Hamilton happily admitted that Leclerc “deserved to win” and predicted “more greatness to come” for a youngster he hopes to battle with regularly in the coming years.

“He ultimately did a superb job,” the Brit told Sky Sports F1 after the Belgian GP.

“Even if we had different strategies it would have been hard to have beaten him. He deserved to win.

“He’s been really unlucky in quite a few races this year. Could easily have been the third win today. So, there’s a lot more greatness to come from him and I’m looking forward to seeing his growth and racing alongside him.

“It was fun today, trying to chase him. He was just a little bit too quick.”

In the past two seasons Sebastian Vettel has led the Ferrari charge against Hamilton, but the Mercedes man believes Leclerc has been able to “out-perform, out-qualify and out-drive” the four-time World Champion since “race one”, something which demonstrates how good Leclerc can be in Hamilton’s mind.

“I think his results speak for themselves really,” he explained.

Leclerc has now made the podium five times in the last seven races.