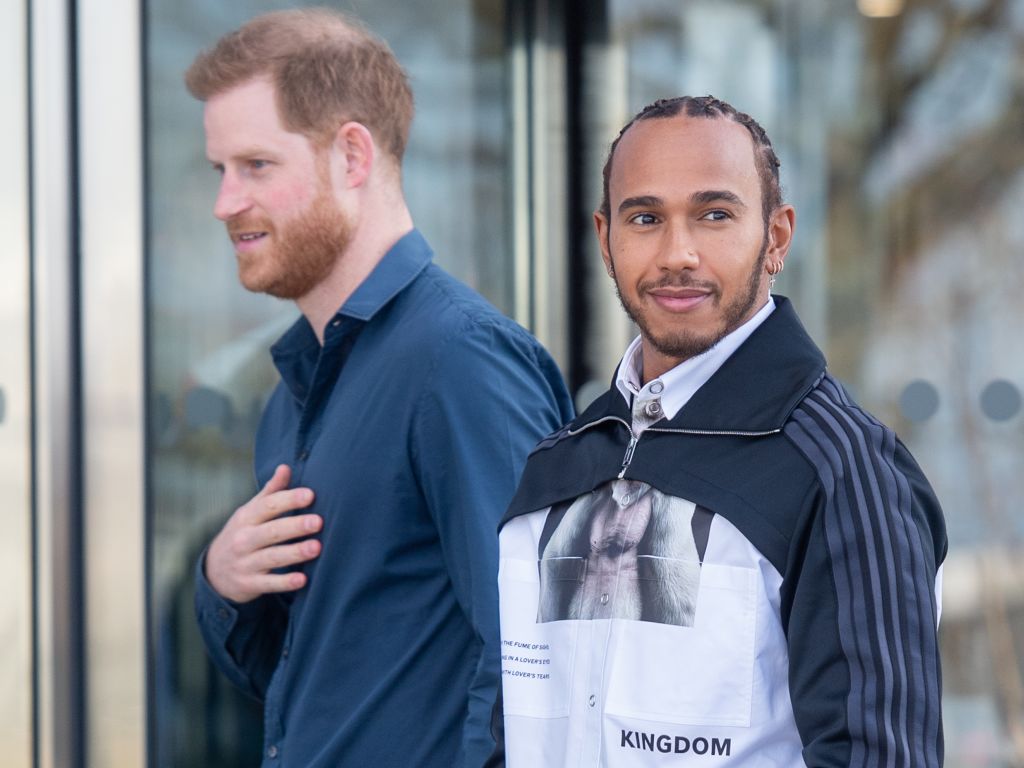 The Silverstone Experience, based at the home of the British Grand Prix, is a new museum which charts British motor racing through its rich past years.

It serves as the new home of the British Racing Drivers’ Club’s (BRDC) archive, while there are plenty of interactive exhibits for visitors to try out, including the pit gun challenge.

Harry is touring The Silverstone Experience in Northamptonshire alongside Hamilton, and Formula 1 was on-hand to liven up his experience.

After being driven to the entrance in an electric Mercedes, stars of F1’s past such as 1996 World Champion Damon Hill greeted the royal.

Also about were some of the current stars of Formula 1 with Mercedes junior and current Williams driver George Russell and Red Bull’s Alex Albon both present.

Hamilton and Harry will also meet students from local schools in the Tech Lab section, learning about the technology which drives motor sport.

While Harry is coming to the end of his commitments before stepping down as a senior royal after March 9, the hard work for Hamilton is yet to begin.

The six-time World Champion will begin the defence of his title in the 2020 season-opening Australian Grand Prix on March 15, a campaign where he could make history by equaling Michael Schumacher’s record of seven World Championships.