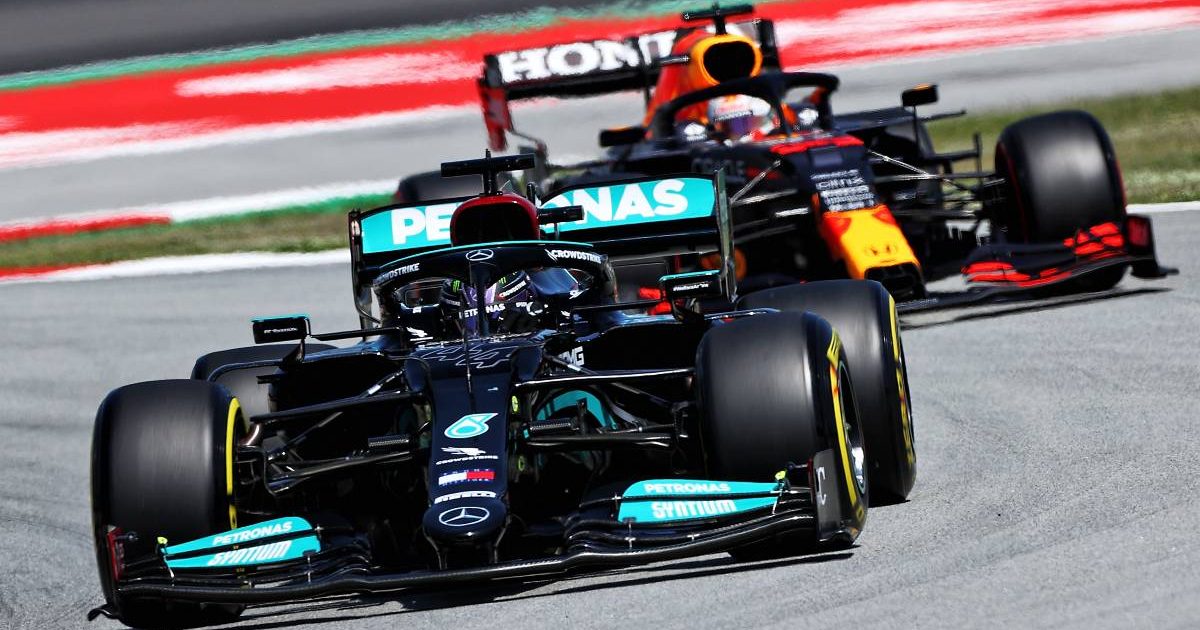 Sir Lewis Hamilton claimed Red Bull’s qualifying pace at the Spanish Grand Prix had been enhanced by the addition of a “bendy wing”.

The latest instalment of the 2021 battle between Mercedes and Red Bull climaxed with Hamilton taking his 100th F1 pole position for a race he has won in each of the previous four years at the Circuit de Barcelona-Catalunya.

But it was by a margin of only 0.036sec from Verstappen, who had been quickest in Q2 after a Friday afternoon practice session which the Dutchman had finished down in a surprising ninth position.

Hamilton told Sky F1 that the reason for Red Bull’s improved Saturday performance was, he believed, down to a “bendy” rear wing.

“It’s the goal to get on the front row and be first,” said the seven-time World Champion, who is eight points ahead of Verstappen in his quest for an eighth Drivers’ title.

“It’s 600 metres down to Turn 1, there’s often a headwind and it means the guys get to drag you, which is really difficult.

“The Red Bulls are really fast on the straights. They have this bendy wing on the back of their car which they put on today and they gained at least three tenths from this wing.

“So they will be quicker down the straights than us and it will be hard to keep them behind, but that doesn’t mean it will be impossible. Timing and rhythm will be everything tomorrow.”

Having reached the unprecedented century of pole positions, which began at the 2007 Canadian Grand Prix and puts him 32 clear of Michael Schumacher who is second on the list, Hamilton visibly showed that the joy of setting the fastest lap on a Saturday never gets old.

“It’s just crazy that it’s been such a long journey and the excitement is still the same,” said the delighted 36-year-old Briton. “The enjoyment is just as much if not more.

“Naturally I’m much better at my job than I was in 2007, I understand myself, manage to get myself to a good place and my focus is on a way different level to back then.

“I guess that’s why I continue to be able to do those special laps.”