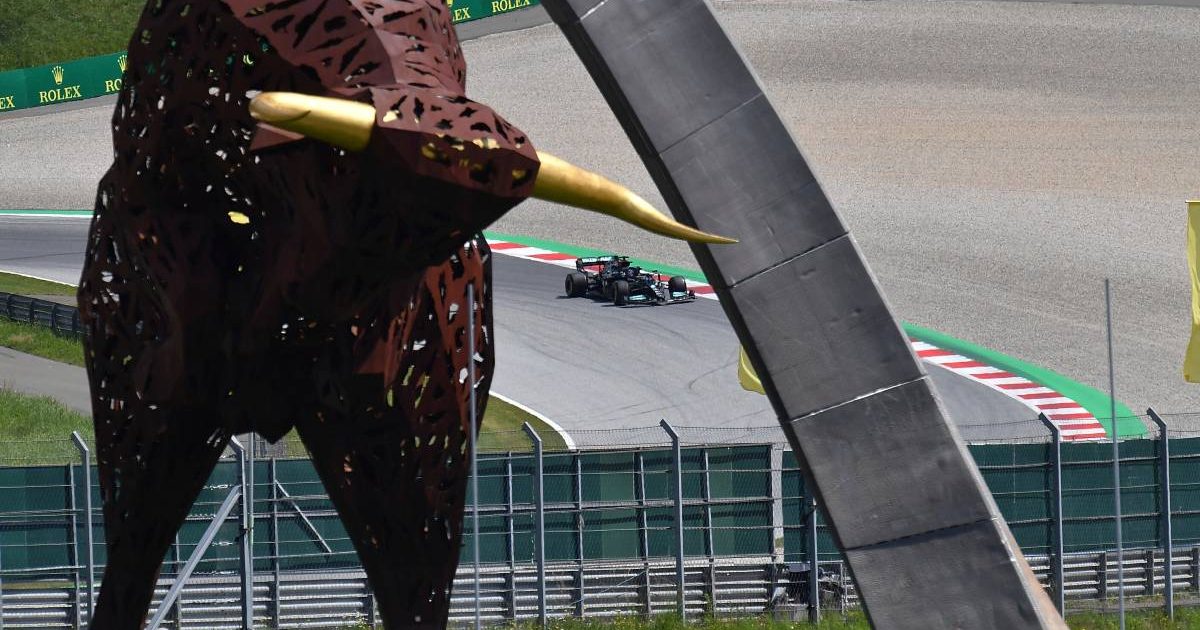 Lewis Hamilton knows he faces a stern challenge to get the better of Red Bull at their first home race of the season.

Having won three races on the trot, all the momentum is with Red Bull as they return home for the Styrian Grand Prix, and they could not have asked for a much better start as Max Verstappen topped both FP1 and FP2.

Hamilton meanwhile settled for P4 once the Friday running was all said and done.

“A work in progress. It’s been a beautiful day, of course it was spitting at the start of the second session, but the track is awesome,” he told Sky F1.

“I think we were a little bit down [on Red Bull], particularly over a single lap, but generally over the day the car felt relatively solid.

“I’ve got some weaknesses but as I said coming into the weekend, we’re losing on the straight – a considerable amount – so we’ve just got to keep working to try and rectify that.

Hamilton did actually have a faster time than Verstappen’s 1:05.4 deleted during FP2, but nonetheless, he full accepts the challenge that lays ahead to put a lid on Red Bull’s charge.

Asked about his pace over a single lap, Hamilton said it “wasn’t feeling too bad”, but expects Red Bull will be “very hard to beat”.

“I think the Red Bulls will definitely be very hard to beat,” he admitted.

“I think they’ve just got the edge, maybe more, we don’t know what they’re going to do when they turn that engine up.

“But I really don’t know what to say, I didn’t really have too many big problems today, I’m happier with where we’ve got the car to.

“I’ve been working flat-out all week trying to understand where I want to put the car and I’m hopeful the hard work starts paying off soon.

“I don’t know if it’s a four-tenths gap [to Red Bull] but we’ll see what happens tomorrow. I think one of my laps got taken away, which was a lot closer.”

And when it comes to the race pace, Hamilton is not seeing many weaknesses for Red Bull in that department either, believing they are “really, really strong”.

“It is close but particularly in the race pace, they were really, really strong,” said the seven-time World Champion.

“They’re throwing some really good punches right now, so we’ve got to have our guards up and make sure we’re ready.”