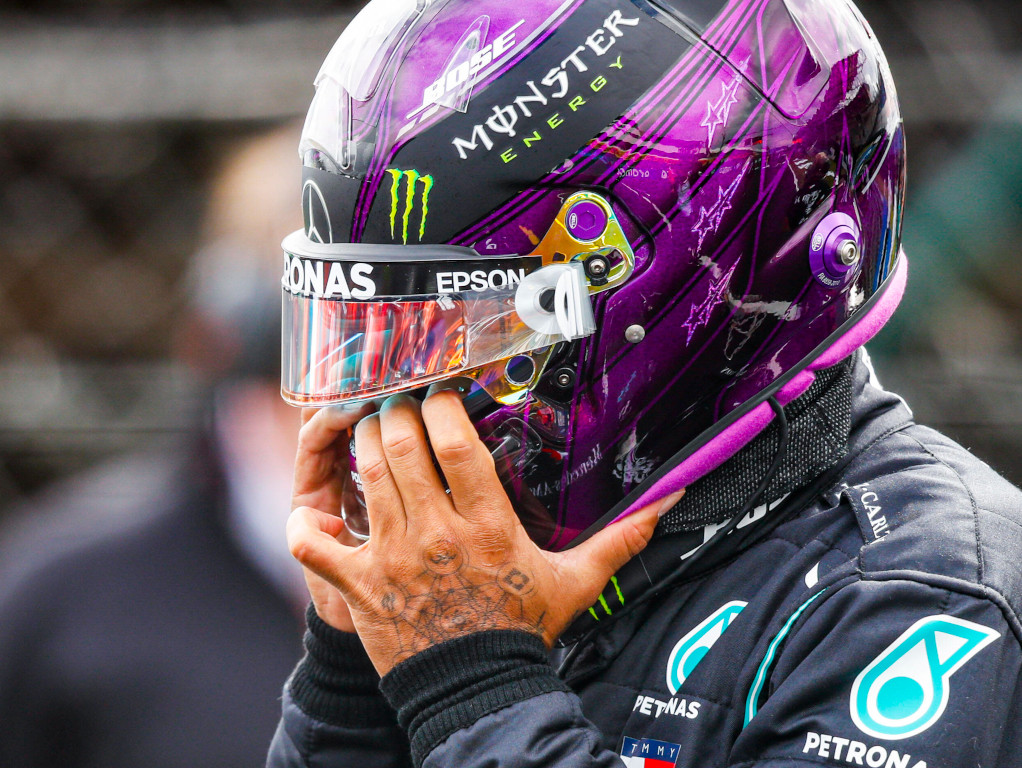 Lewis Hamilton says he wasn’t wondering if Red Bull had “different settings to” Mercedes when he commented on tyre pressure during the 70th Anniversary Grand Prix.

With Max Verstappen loving his tyres and Mercedes eating into theirs, the Dutchman ended Mercedes’ run of grand prix victories when he beat Hamilton to the chequered flag at the second Silverstone race on Sunday.

Unlike the first race, one that was won by Hamilton, this time around the teams ran tyres that were a step softer forcing almost everyone into adopting a two-stop strategy.

But even changing tyres more frequently than they had done the race prior, Hamilton and his team-mate Valtteri Bottas still suffered with high wear and blistering.

Verstappen didn’t seem to have that same problem.

“He must have less pressure in his tyres or something,” said the Brit during the grand prix.

"He must have less pressure in his tyres", Hamilton speculates. We think that's just hot air at this point. #F1

Hamilton was asked about his comment during the post-race press conference and whether he felt Red Bull’s tyre pressure, of which Pirelli set a minimum for the start of the grand prix, ‘weren’t right’.

The Mercedes driver says he wasn’t accusing Red Bull of having less pressure in their tyres, rather he was wondering how they kept the pressures down.

“When we go out and we start the race we have minimal pressures and then during the race they increase,” he explained.

“With more laps, they go on a steep rise and I assume that we just went on a much steeper rise and increase in pressures than Max.

“In general, to look after your tyres, you need to keep the temperatures down and hence the pressures, so that wasn’t really my thought processes when I was out there.

“They must be able to keep their pressures lower than ours and that’s why ours were blistering and that was just a theory that I had.

“I wasn’t saying that they have different settings to us, because we all have the same minimum but if you can keep your pressures lower then you can go further and make the tyres last longer, so I think that that’s probably it.

“I’ll find out later but I’m sure that’s part of the issue that we had probably.”