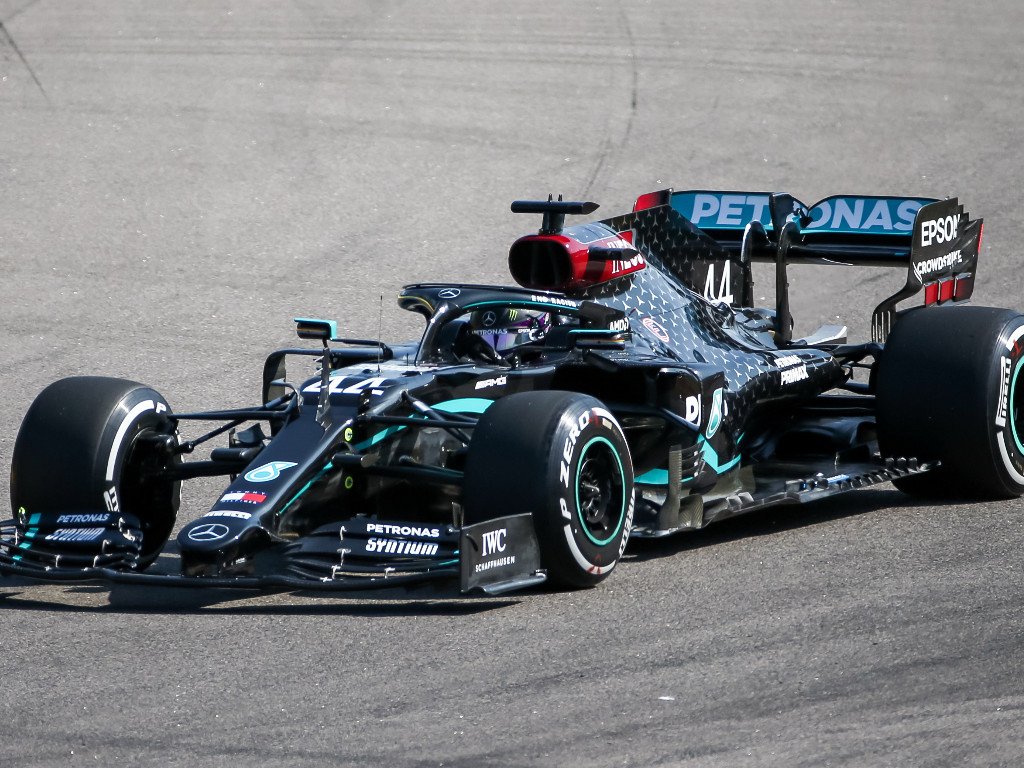 Lewis Hamilton bounced back somewhat from a “poor” showing in FP1 head of the Russian GP but still has work to do.

Hamilton finished FP1 all the way down in P19 as he focused on race pace after flat-spotting his tyres shortly after the session restarted following a Virtual Safety Car delay, before rising to P2 in the afternoon session.

He still has 0.267s though to find on team-mate Valtteri Bottas who topped both sessions on Friday at the Sochi Autodrom.

“I didn’t feel like I was particularly quick today,” Hamilton told reporters in Sochi.

“It didn’t start off very good in FP1, I was pretty poor out there, had a lock-up at Turn 1 on the soft tyre, then on the hard tyre and completely destroyed the tyres, so FP1 we’ll scrap.

“Into FP2 I started off a lot better, but just a little bit down in the first and second sector, the last one was nice.

“So I haven’t put them all together yet, it’s a work in progress. There are just some things I need to improve on the driving side and set-up wise.”

Hamilton admitted that the lock-ups which ruined his short runs in FP1 were far from ideal.

“It’s never a help of course, it’s just taking one step forward at a time and obviously if you don’t take any steps forward in the first practice you’re struggling from behind into the second one,” he said.

“But nonetheless I think the car has been performing really well. Just got a lot of work to do tonight.”

Being untouchable over one lap is hardly something new to Hamilton or Mercedes this season, but the Briton said he was surprised to see an eight-tenth gap back to P3 at the end of practice, that position being held by Renault’s Daniel Ricciardo.

“Yeah because even for us it doesn’t really feel that great out there to be honest,” said the six-time World Champion.

“The grip is quite poor, there’s lots of sliding around so I’m a bit surprised to see that gap. It must be even worse for those who are behind.

“The track will grip up and things might close up tomorrow.”

During FP2 ex-Ferrari team boss Stefano Domenicali was named the new president and CEO of Formula 1 as of January 1 2021, news which Hamilton was very much in support of.

“Amazing, I know Stefano really well, he’s one of the nicest guys that I know so I don’t think they really could have chosen anyone better to replace some big shoes with Chase [Carey, CEO of the Formula One Group],” he said.

“He has done such an amazing job and always has such a great approach, and I think Stefano has a great heart, he’s got good family. The future is positive.”