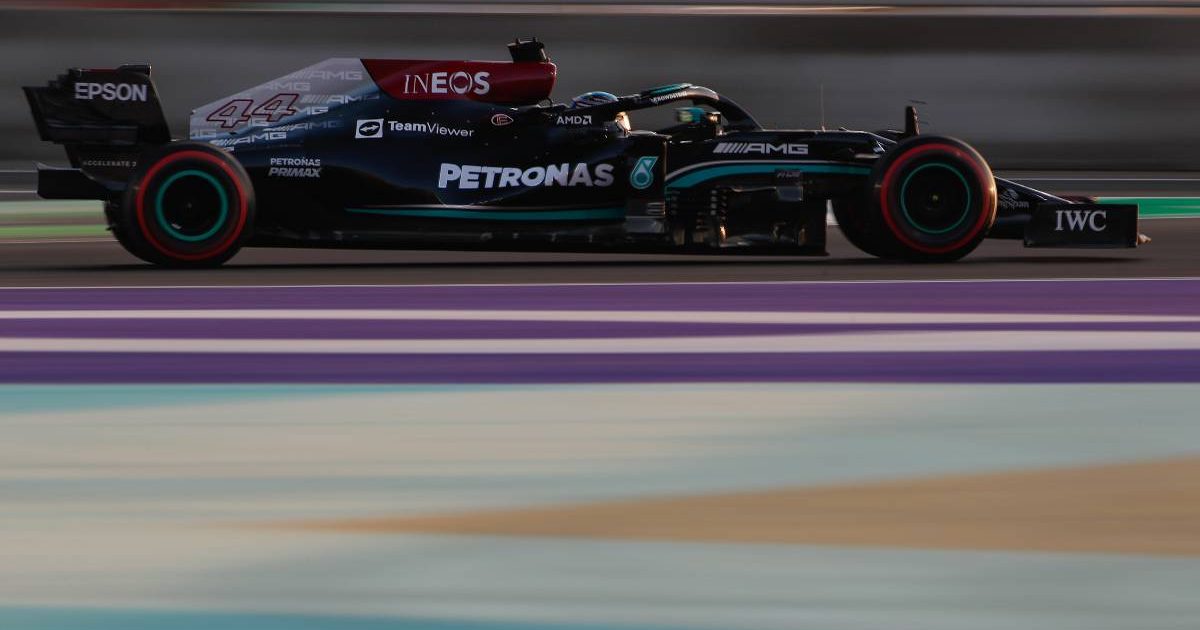 Lewis Hamilton has been cleared of ignoring yellow flags in FP3 for the Saudi Arabian Grand Prix – but reprimanded over an impeding incident.

The Mercedes driver had to appear before the stewards an hour before qualifying over separate charges of impeding and not respecting yellow flags.

But the latter charge was dropped as it emerged the yellow light, that appeared for less than a second, should never have been deployed in the first place.

The verdict read: “The Stewards heard from the driver of Car 44 (Lewis Hamilton), the team representative and have reviewed video and the marshalling system.

“The Race Director reported to the Stewards that the double yellow flag warning on the FIA Marshalling System was activated at Light Panel Number 6 accidentally, for less than one second. As the on-board video of Car 44 (to be released by the Commercial Rights Holder following this decision) clearly shows, there was no yellow flag displayed, no yellow lights were displayed to that driver and the yellow warning light was not visible on the driver’s steering wheel.

“Unlike other incidents this year, there was no yellow flag or yellow light displayed to the driver (the driver already being well into the marshalling sector when the system was briefly activated) hence no breach of the regulations has occurred.”

However, there was more drama regarding Hamilton later getting in the way of AlphaTauri’s Pierre Gasly and also Nikita Mazepin‘s Haas.

A slow-moving Hamilton firstly forced Gasly into the run-off area at Turn 1 as the Frenchman came up behind the World Champion, who appeared unsure of which way to move, bamboozling the AlphaTauri driver who had no choice but to lift off and take evasive action.

That was not the end of it though, as further around the circuit Mazepin then encountered Hamilton sauntering along the racing line, forcing the Russian racer to swerve over the kerb as the Mercedes suddenly appeared ahead around the blind bend.

Hamilton complained to his team of being unable to see the approaching drivers, criticising them for not keeping him informed.

And it emerged when the verdict was announced during Q1 that the stewards agreed Mercedes had been at fault, with the team being fined 25,000 euro.

The verdict read: “The Stewards heard from the driver of Car 44 (Lewis Hamilton), team representative and examined video and team radio evidence.

“The driver was given a 10-second warning that Car 9 was approaching when he was at Turn 2. Due to a failure in communication by the Team, he was not given another warning until Car 9 was alongside him.

“The Stewards accept this circuit presents challenges for drivers in relation to using their mirrors as the method of determining the approach of overtaking cars. Although it is the driver’s ultimate responsibility to avoid impeding, for this circuit the driver must depend upon the Team to communicate efficiently. This did not happen in this case and accordingly the penalty for the Competitor is imposed.

“The Stewards take this opportunity to emphasise that due to the nature of this circuit it is essential that teams communicate effectively and proactively with their drivers. This is not to be taken as a precedent for other circuits.”