Home News Hamilton: Shame if Vettel is pushed out of F1 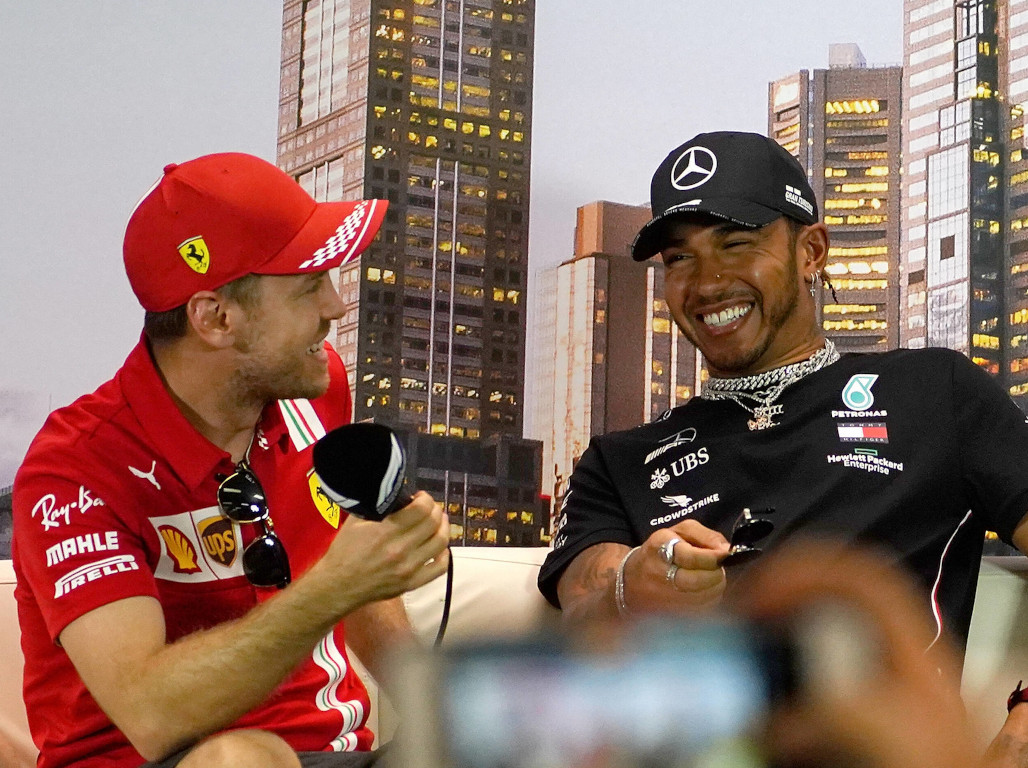 With doors closing thick and fast, Lewis Hamilton feels it would be a “shame” if Sebastian Vettel left F1 before his time.

Earlier this year Ferrari informed Vettel that his services would not be required after this year’s championship.

Although reports had suggested that Ferrari would keep Vettel for 2021, and the team pretty much said the same to the driver, when it came down to it, Ferrari decided to go a different route in Carlos Sainz.

Since then Vettel has had one door after another closed on him.

The four-time World Champion was linked to Renault, they’ve gone with Fernando Alonso, Red Bull has made it clear the answer is “definite no” and Racing Point says it has “long contracts with both” Sergio Perez and Lance Stroll.

With Mercedes expected to retain Valtteri Bottas alongside Hamilton for 2021, that shuts out the top half of the field.

Hamilton says it would be a shame if 33-year-old Vettel was forced out of the sport before his time.

“If Seb was to stop before his time I think that would be a shame,” said the six-time World Champion.

“It’s all about making sure we have as many top drivers as possible, so we want to keep the world champions.

Vettel had made it known in the build up to the Styrian GP that if his former team Red Bull offered him a race seat he would take it.

“Red Bull is a winning car so probably the answer would be yes,” he told the media.

But while Christian Horner has said it is a “definite no” for 2021, Red Bull advisor Helmut Marko left the door open for the following season.

“In 2022 some contracts will end and we can think about other options. Can he can come back to his levels? It depends on him!”