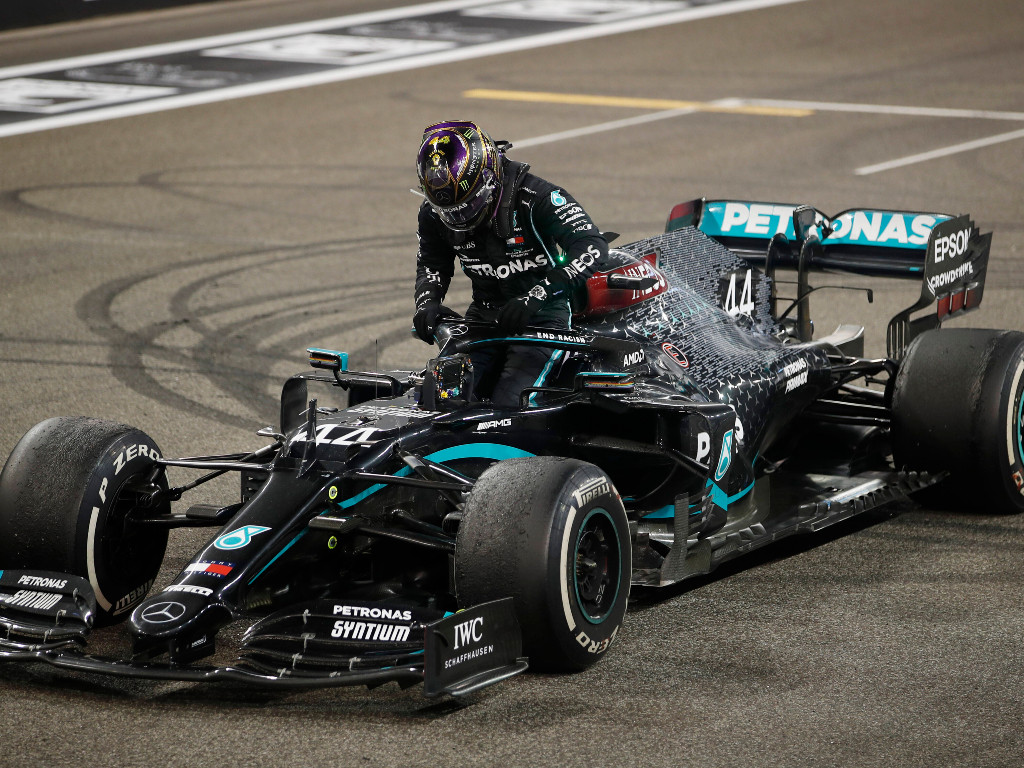 After questioning for years whether he could do it, Lewis Hamilton said his seventh World title confirmed his self-belief.

2020 was a year where Hamilton re-wrote the record books, setting a new benchmark for most race wins in Formula 1, while also equalling Michael Schumacher’s record of seven World Championships.

And he did it in style, putting on a masterclass at the wet and extremely slippery Istanbul Park to take victory and confirm World Championship number seven.

“It was an amazing race, I remember just the track feeling terrible to drive for all of us,” said Hamilton as he looked back at the Turkish Grand Prix in a review of his 2020 season.

“We couldn’t get the tyres working, everyone was sliding around, it was the slipperiest surface that we’d ever been on because the tyre wasn’t working with the track.

“It was like driving around just on cold tyres, it was really strange.

“And then the actual race itself, obviously we weren’t quick in qualifying, we struggled, we didn’t really know how we were going to do in the race. Some corners were completely wet, some damp, some corners one wheel’s worth was dry, and navigating through the lap was awesome.

“Then three laps until the end, all of a sudden realising ‘oh my God, there’s three laps, if I finish this off I’m going to be a seven-time World Champion’.

“That experience was mind-blowing, couldn’t believe that it’s happened after years and years of questioning and potentially doubting, not sure whether it was going to happen.

“Flipping that negativity into positivity each time back and forth, but never knowing if it’s really going to work, and then I made it, so it was a real confirmation of that belief that I’d had in myself for a long time.”

💬 “It’s incredible that we have gone leaps and bounds and continued to raise the bar. I am truly grateful to everyone who put so much work in to create an opportunity for me to go out and play my role in helping the team succeed” @LewisHamilton reflects on a season like no other pic.twitter.com/xMEPtKpyNq

The W11 will go down in history as the fastest Formula 1 car the World Championship has ever seen, and Hamilton said it was yet another “masterpiece” designed by the dominant Silver Arrows.

“Every year it’s been a piece of art and its a masterpiece designed to perfection by a large group of people,” he said when asked about the W11.

“But every time we get that masterpiece I have to go out and cause havoc with it and find its limitations, find places that it’s unhappy to go to and figure out why, and communicate that with the group of the people that I work with to figure out how we can get it to go further, to extend, go longer and be faster.

“And that’s an amazing journey you go on during the year and it’s definitely sad at the end of a season when you get in for the last time and you know that’s the last time you’re going to be driving the car.

“And I think it’s the growth, it’s the journey that we all go through as a team, the highs and lows, particularly the lows where we really have to pull together.”