Home News Hamilton as ‘shocked as everyone’ by Merc front row 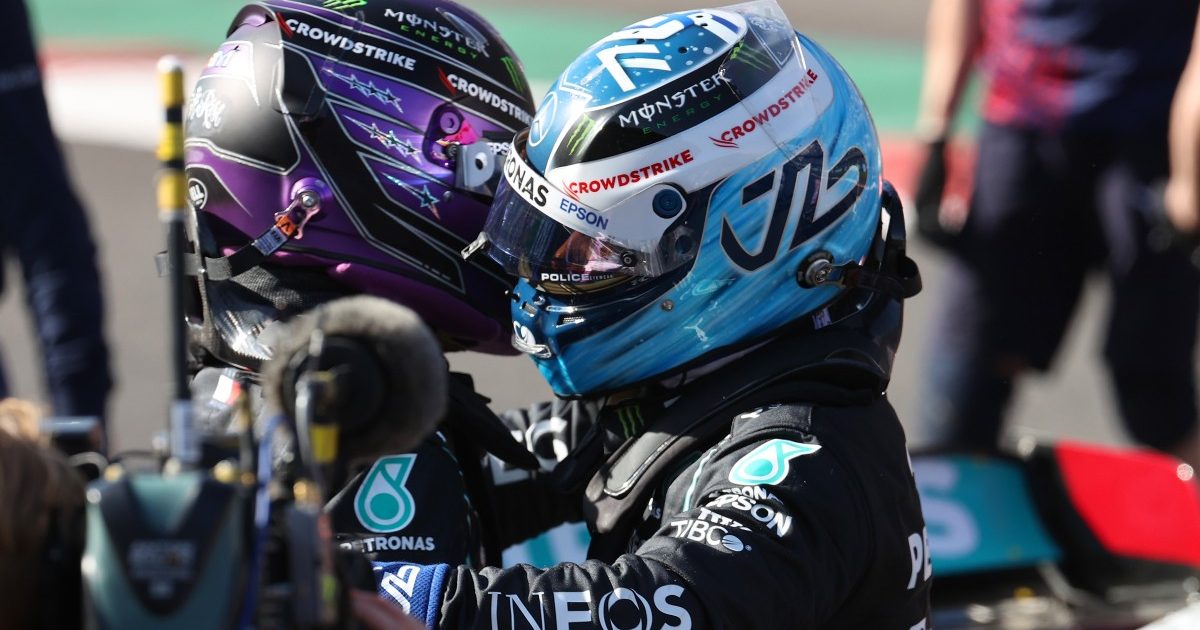 Few saw Mercedes locking out the front row for the Mexican Grand Prix, including Lewis Hamilton who was left rather shocked.

Red Bull were expected to take pole at the Autódromo Hermanos Rodríguez, but instead Mercedes dismantled the deficit to their rivals from the start of qualifying, with Valtteri Bottas ultimately going on to secure pole for the Mexican Grand Prix.

Come the end of free practice Mercedes had over 0.6s to find on Red Bull, so their ability to completely turn the situation around came as a complete surprise.

Hamilton will share the front row with Bottas, a Mercedes one-two which he never saw coming, but will gladly accept.

Asked by Sky F1 what changed to allow Mercedes to reel Red Bull in, Hamilton replied: “We have no idea.

“But whatever happens, once we got to qualifying all of a sudden we had better pace.

“I’m just as shocked as everyone, but we will still take it.

“We didn’t think we had the pace this weekend so to lock out the front row is pretty special and obviously gives us a good fight with the others tomorrow.”

Bottas is enjoying his strongest form of the campaign, arriving at just the right time as Mercedes look to secure the Constructors’ Championship, while Hamilton can benefit greatly from an on-form team-mate as he looks to usurp Max Verstappen at the top of the Drivers’ standings.

Understandably Hamilton would have liked to have taken pole for himself, but for now he must settle for his current tally of 101, and gave credit to his team-mate for a solid performance.

“Valtteri did an amazing job, I’m so proud of Valtteri,” Hamilton stated.

“I think he has been driving so well in these last few races, so it’s really great for the team, they’ve been working so hard.

“I mean naturally I would love to be in his [Bottas’] position, but again he did a fantastic Q3 run one.

“So then I gave it my all but he did a better job today.”