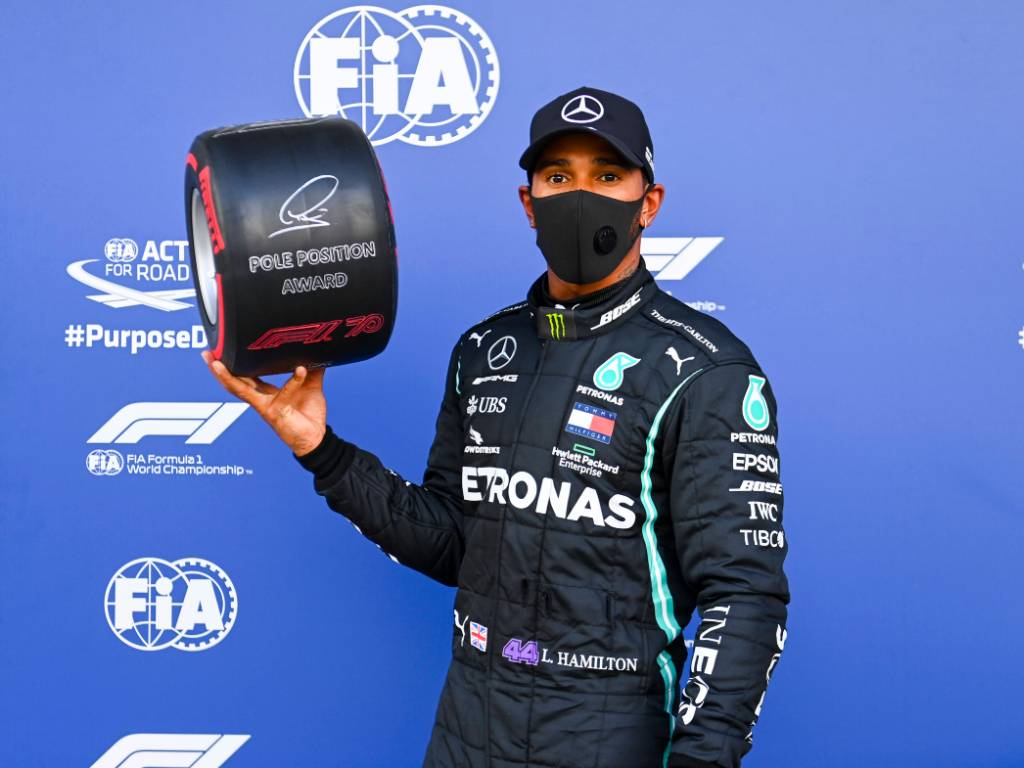 Lewis Hamilton has retained pole position for the Russian Grand Prix despite having to face the stewards at the end of qualifying.

The World Champion had what he described as a “horrible” session at Sochi, mainly because he only avoided being knocked out in Q2 by the narrowest of margins.

That had nothing to do with the pace of his Mercedes, which was ultimately fast enough to secure pole position in Q3 by more than half a second from Max Verstappen who will join the Briton on the front row.

Instead, Hamilton was referring to having his first lap time in Q2 deleted for exceeding track limits in the last corner, which meant he had got nothing on the board when the session was red-flagged with 2mins 15secs remaining after Sebastian Vettel crashed out.

Upon the restart, it meant the 35-year-old had to push on his ‘out’ lap to make it round to the start line before the chequered flag, which he managed to do so with just over a second to spare – under the urgings over the team radio of his race engineer Pete Bonnington.

THAT. WAS. TENSE! A new track record and it’s POLE for @LewisHamilton at the #RussianGP!! YES! 🙌 pic.twitter.com/HDRJfI8RGR

But it was an incident during Q1 for which Hamilton was called before the stewards. On his opening ‘hot’ lap, he had run wide at Turn 2 and was adjudged not to have returned to the track in the correct manner – albeit the incident had cost him significant time.

Three other drivers – Haas duo Romain Grosjean and Kevin Magnussen and Williams’ Nicholas Latifi, all of whom were knocked out in Q1 – were also summoned.

The indiscretion was described as: “Each time any car fails to negotiate Turn 2 by using the track and who passes to the left of, or has any part of the car over the first orange kerb element prior to the apex, or to the left of the orange apex sausage at Turn 2, must then re-join the track by driving around the array of blocks as indicated by the arrows before re-joining the track at Turn 3.”

The stewards interviewed Hamilton and reviewed video evidence, saying the World Championship leader had “accepted he had not followed the instructions and further he accepted that in a race there would be a penalty”.

However, “the stewards determined there was no advantage as the relevant lap time was deleted” and no further action was taken against any of the four miscreants.

They clarified, however, that a repeat in the race would cost a driver a five-second penalty.